the92.net regular Michael Moss relays back about his exploits at Euro 2012

“Once every two years a football lovers summer is saved by either the World Cup or the Euro’s. The wall charts are acquired, the panini sticker album with complimentary packs of stickers are discounted with vouchers from the Mirror. Bliss. No, I am not going to do the garden/fix that fence/cook dinner/iron, the Switzerland vs Ukraine game is on in ten. 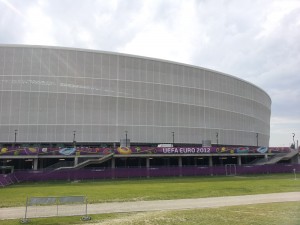 This summer was different. I was going east on a pilgrimage… not to Mecca, but to Poland and Ukraine for Euro 2012.

The planning was more than just getting the best wall chart, sending swapsies with your mates in the mail or working out how you could leave work early to hit the pub for England’s first game, this was me and a mate going for three weeks on the road, visiting a total of 10 countries, spending a week each in Poland and Ukraine, going to 5 host cities and getting to 7 games in the process. 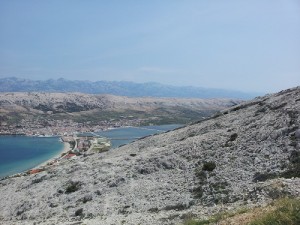 Paj in Croatia, about an hour north of Zadar

The monumental travel plans involved only two stops for longer than one night; four nights in the Ukrainian city L’viv and two in the capital Kiev. Everything else was just a night or an overnight train journey to the next place.

The journey started with a flight via Frankfurt into Zadar,(well, Novalja a party beach an hour north), followed by a night in the booming Split, before crossing into Bosnia & Herzegovina to Sarajevo. A night after and we were on our way to Belgrade, Serbia. After we stayed and partied with a friend it was a swift trip up the Danube to Budapest, Hungary to see Die Hard 5 being filmed. Another jaunt up the Danube to Bratislava, Slovakia where we partied in an old Nuclear bunker before departing for Wroclaw, Poland, home to the opening games of Euro 2012, via a couple of beers and trains in Ostrava, Czech Republic.”