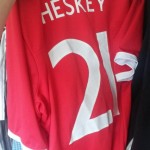 England’s first 90 minutes at the 2014 is complete and already we are staring down the barrel of an early plane home. Pre-match there was much cause for optimism. ‘Whipping boys’ Costa Rica had upset Uruguay coming from behind to take a 3-1 victory, the group was up for grabs, but despite a more encouraging performance than in recent tournaments it was ultimately the same result again a well organised Italian side who ruthlessly exploited our weaknesses. So where did it go wrong? Now the majority of fans think they know better and I may give that impression but obviously… Read more » 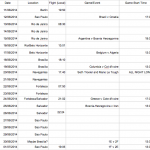 the92.net co-founder and global groundhopper Michael Moss touches base on his first blog from the World Cup 2014 in Brazil The planet Earth, our World, does a complete orbit of the life giving star, the Sun, in 365.25 days, meaning that every four years we have to incorporate an extended February to catch up with the true orbit of our planet. Every four years, an event occurs that causes much of the World to stop, or at least slow down. That is the World Cup, and for 2014, it is in Brazil, the country who have taken the World Cup… Read more »

There is no let up for the summer at the Cardiff City Stadium as the club crack on with the redevelopment of the Ninian Stand. The renovations that add a second tier and concourse area will increase the grounds attendance to around 33,000. The rush is on for the Blue Birds though as there is a strict deadline in the place. The 5,000 new seats and corporate hospitality areas need to be completed by 12th August for the arrival of the likes of Cristiano Ronaldo and Gareth Bale for the 2014 UEFA Super Cup Final between Champions League winners Real… Read more »