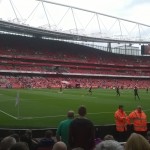 Blogger Rob Tuffnell ticks off a second major ground in a week! This time making the journey down to the bright lights of London following Hull City for the away fixture against Arsenal. Ground: The Emirates Stadium 51/92 Game: Arsenal 2-2 Hull City Date: 18/10/2014 Thoughts on the ground: Fantastic ground; impressive from outside and in – lots of legroom and good views from the away end. Let down slightly by lack of atmosphere (I’m sure it can get noisy when the home fans get going though) and weirdly they seem to employ people to wave Arsenal flags behind each… Read more » 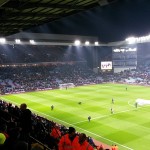 Blogger pb1uk takes in a spot of Monday night Premier League action with a trip to Villa Park for the visit of Premier League high flyers Southampton. Ground: Villa Park (ticked off previously) 46/92 Game: Aston Villa 1-1 Southampton Date: 24/11/2014 Over the years i’ve managed to get to Villa Park a number of times, this being my eighth and my third following my team Southampton. Despite our league position I travelled in pessimistic mood as my previous trips with Saints had been far from fruitful. Both 1-0 defeats, with first half goals from centre backs; Gareth Southgate on my… Read more » 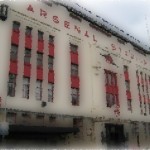 Being it’s a New Year and a new start we’ve published the latest additions to the92.net. We all know doing the 92 can have its frustrations – namely clubs selfishly moving to new grounds meaning our 92 total can often diminish! To ensure the grounds that are no longer with us don’t get forgotten about we have now added them to the website to give you the opportunity to rate and review your experiences there and share your memories. Iconic grounds like Highbury, the Vetch, and The Dell can all be found in our grounds section listed under ‘past grounds’… Read more » 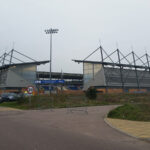 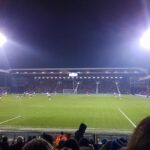 Brighton fan Kieran makes his blogging debut on the92.net taking in a trip to Craven Cottage the home of Fulham football club as the managerless Seagull’s look to turn around their poor first half of the season. Ground: Craven Cottage 27/92 Game: Fulham 0-2 Brighton & Hove Albion Date: 29/12/2014 Thoughts on the ground: I was very impressed with the ground as it is different to what I am used to with the Amex. The Johnny Haynes stand was very unusual but good. On the outside, it just looked like a row of houses but had a small café in… Read more »