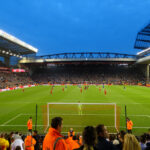 With Premier League clubs spending over £1 billion in what was a record-breaking transfer window, some of the most talented players from around the world are now applying their trade in English footballs top flight. However, despite splashing out astronomical fees in order to bring in their number one targets, clubs may now be having second thoughts over their investments, with some players failing to live up to the hype that surrounded their arrivals. Although with some new signings seamlessly fitting into their new surroundings, the Premier League betting odds among bookmakers have an unusually competitive feel to them. With… Read more » 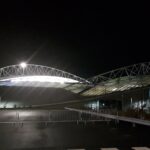 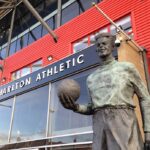 Blogger Michael Pilcher took a walk back down memory lane heading back to one of his first ticks off the 92. The Valley was the destination as the ground hopper from Kent revisited the home of a club moving in the opposite direction to his original trip in the mid-nineties…the troubled Addicks. Ground 2/92: The Valley Game: Charlton Athletic 2-0 Port Vale Date: 19/11/2016 Whenever I look at my 92 Club application form – I update it after each visit, all set for that glorious day when I tick off number 92 – there are some grounds early in the… Read more » 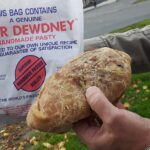 the92.net blogger Pete continued his quest doing the 92 league grounds heading to the West country. Plymouth was the destination as Argyle looked to continue their impressive run against a Colchester side struggling to find form. Ground: Home Park (65/92) Game: Plymouth Argyle 2-1 Colchester United Date: 29/10/2016 With my parents living in Dorset and myself being based in the East Midlands I’ve been using trips back home to gradually work through the Southern grounds of my 92 with my old man. Clubs down South are spread far more thinly than up North so despite being considered ‘in that neck… Read more » 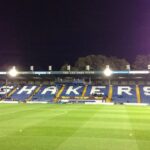 A League 1 fixture on a Monday night may have raised eyebrows for many, but not for those doing the 92 league grounds. For those faithful disciples chasing down the holy grail of the 92 club it was an ideal opportunity to chalk another ground off the list. That’s exactly what the92.net regular Michael Pilcher did to leave just 8 grounds on his 92. Ground: Gigg Lane (84/92) Game: Bury 0 – 2 Bolton Wanderers Date: 24/10/2016 Being a Gillingham fan I had slowly worked my way through most of League One, with the Gills now in their fourth successive… Read more »