Groundhopper Dave Grant didn’t hang about topping up his 92, heading to the Hive, the new home of Barnet FC for a preseason encounter against MK Dons. We caught up with Dave to find out more about his journey to reach the magical 92 mark…

Groundsman: What was the first ground you ticked off your list?
Dave: The first ground I ticked off my list was Edgeley Park, the home of Stockport County when I was 6 months old. Sadly no longer part of the 92. My father was looking after me that day and took me to the game with his mates. Of the current 92 league grounds to be ticked off, that would have been Newcastle United as my father is a Geordie and member of the Toon Army.

Groundsman: How long did it take you to first join the 92 club?
Dave: From my first ground at 6 months old and my last ground at 29, it took 28 and a half years to do the current 92 at that time. My first 92nd was The Globe Arena at Morecambe. I intend to keep completing the 92 whenever a new team or ground is included. 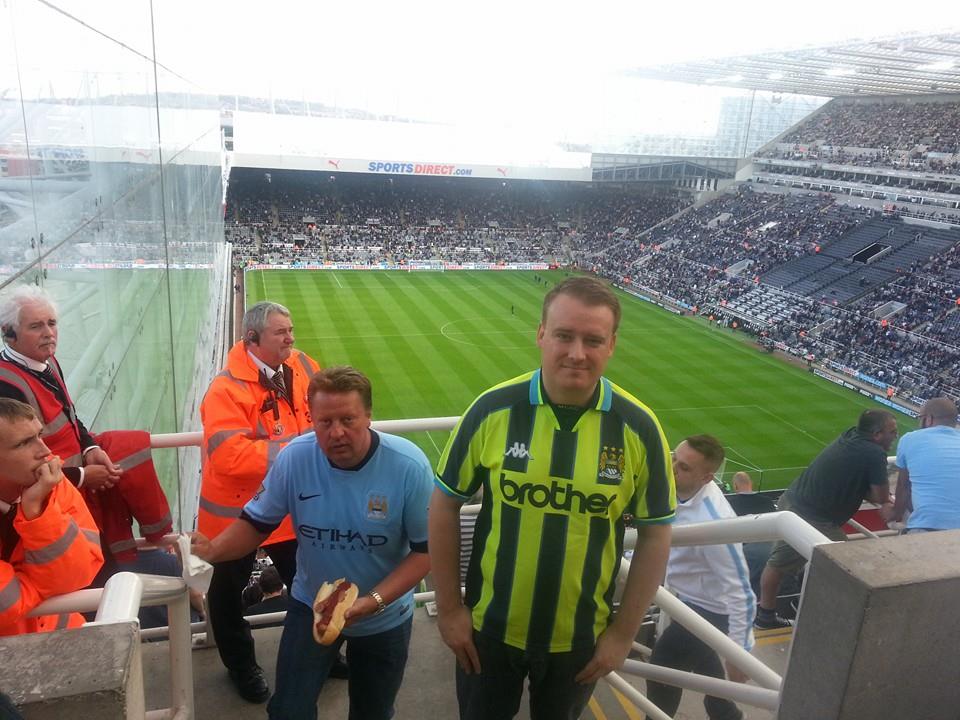 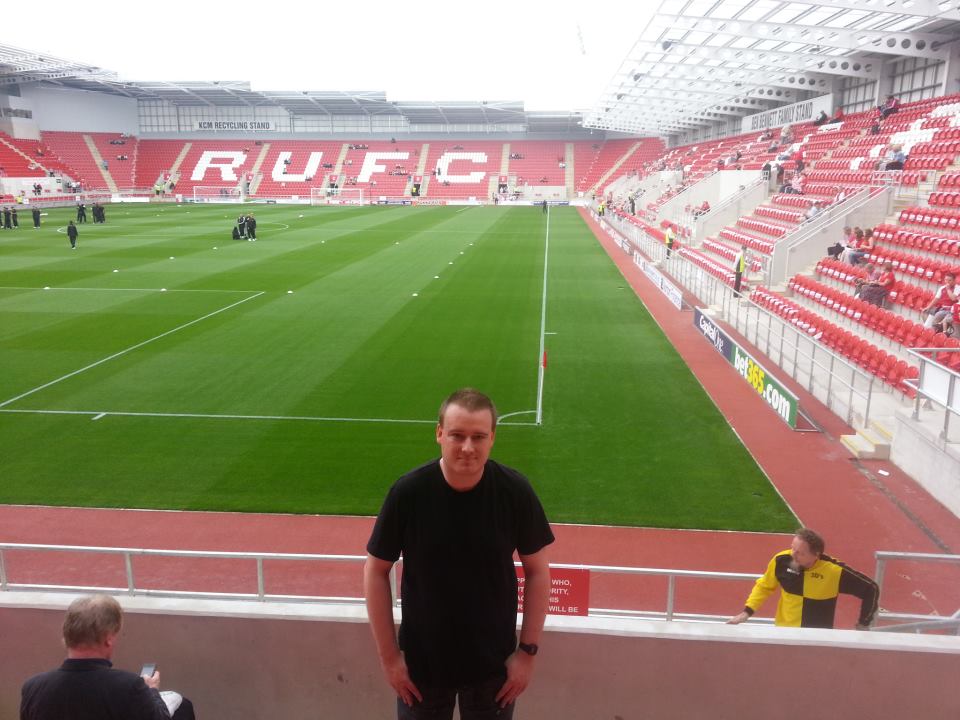 Groundsman: Which ground was your favourite overall over the course of the journey?
Dave: As a seasoncard holder at Man City I would have to say that Maine Road is my favourite former ground. The Etihad is growing on me but it doesn’t have the same atmosphere. That being said I have much fonder memories of the games at the new stadium. The day City won the league in the last minute I wept buckets! Of the current 92, you can’t beat St James’ Park when the fans are in full voice.

Groundsman: And your least favourite?
Dave: I wasn’t a fan of Millmoor. It was a little intimidating for an away fan and the facilities weren’t great. Don Valley was no better. That being said, I really don’t mind the New York Stadium. Of the current 92, I would have to say that the Community Stadium at Colchester is more than a little remote and didn’t have much of an atmosphere when I visited. 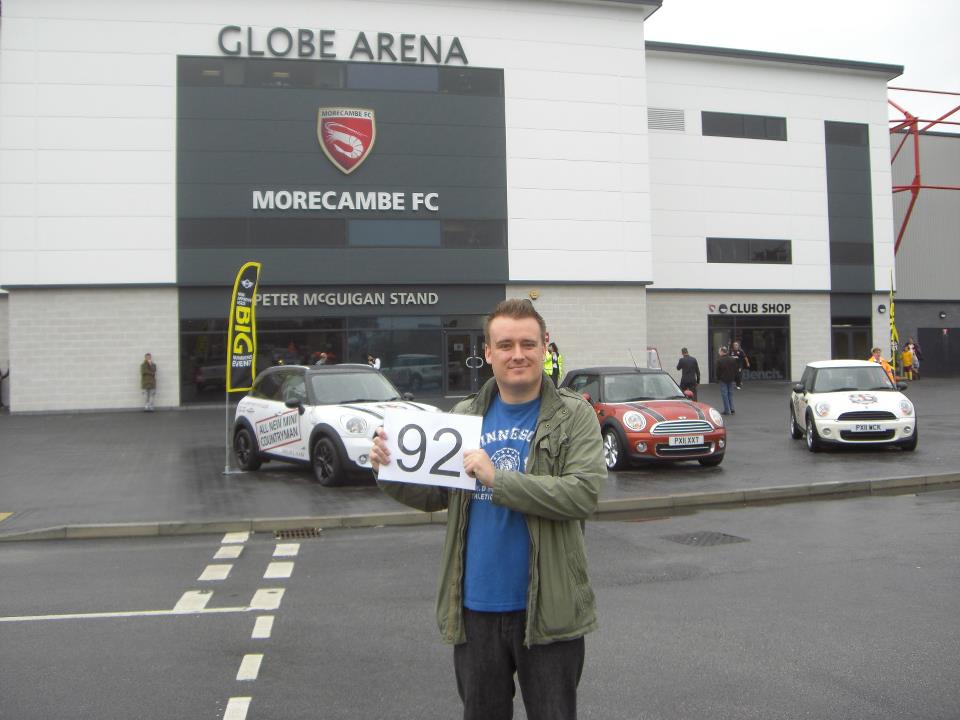 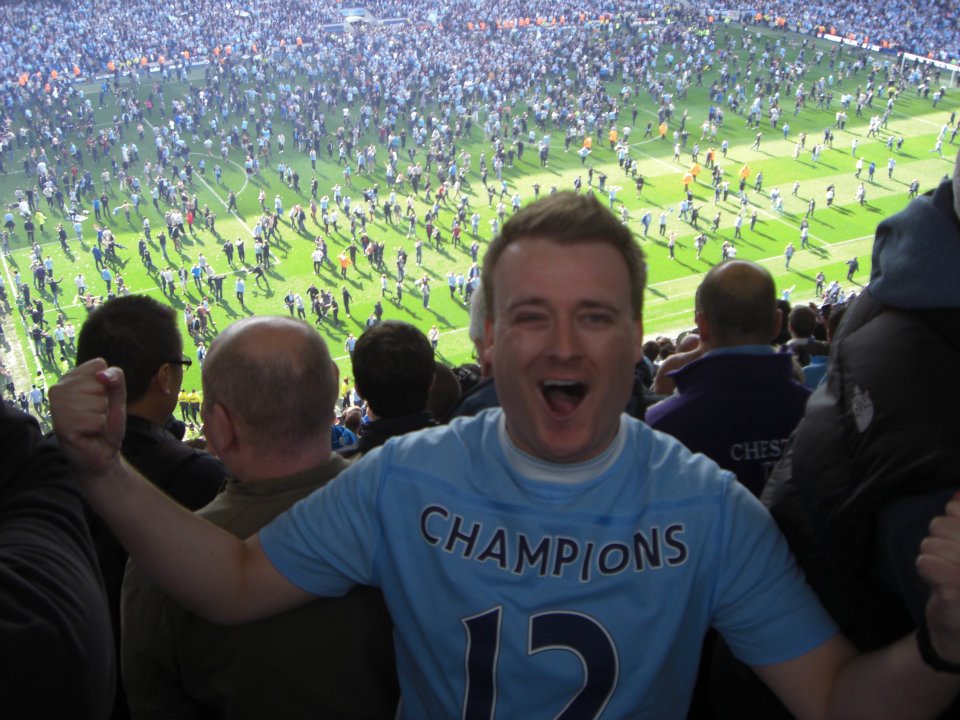 Groundsman: What are the lasting memories of your travels?
Dave: I think the biggest of the lasting memories of my travels will be completing the 92 a year before the age of 30 which was the target I set myself at the age of 14. Other memories would include a bus trip from Newcastle to Plymouth and back with no overnight stay just to tick a ground off. I also flew from Newcastle to Bristol City for a match and back in the same day. Going to the New Den and my friend and I accidentally choosing a seat with the most ardent fans was a nervy 90 minutes!

Groundsman: Finally, as we all know the 92 can sometimes only last a season if relegations and promotions go against you – who will you looking to come up from the Conference?
Dave: I would quite like Gateshead to come up from the conference. I have been to their stadium but would like to go back to their new ground should they get planning permission for it. I have done most of the other former league teams in the conference. Dartford’s ground really intrigues me especially the large wooden man in the stands.

Thanks to Dave for taking the time to speak to us. You can keep up with his groundhopping exploits over the new season on Twitter @citizendg.

Are you doing the 92 league grounds? You can keep track of your 92 plus rate and review the grounds as you go free with us 🙂 To register head to www.the92.net/register.