Blogger pb1uk made his way to the capital to tick Craven Cottage, the home of Fulham FC, off his 92. Bristol City were the visitors in what was the proverbial relegation 6 pointer.

Of the remaining grounds on my 92, Craven Cottage was among those I was most looking forward to ticking off. Being a fan of the more old fashioned traditional ground it certainly didn’t disappoint. After a cold snap over the last few weeks my old man and I were greeted with a hazy sunshine-filled spring day as we made our way to Wimbledon station. After a 10 minute journey on the underground, we arrived at Putney Bridge and took a pleasant stroll alongside the River Thames to the ground.

The stadium oozes nostalgia. As we walked along the back of the Putney End, out of the park and onto the road I got my first view in the flesh of the frontage of the ground and my word it is impressive. I won’t go into detail, the pictures speak for themselves… 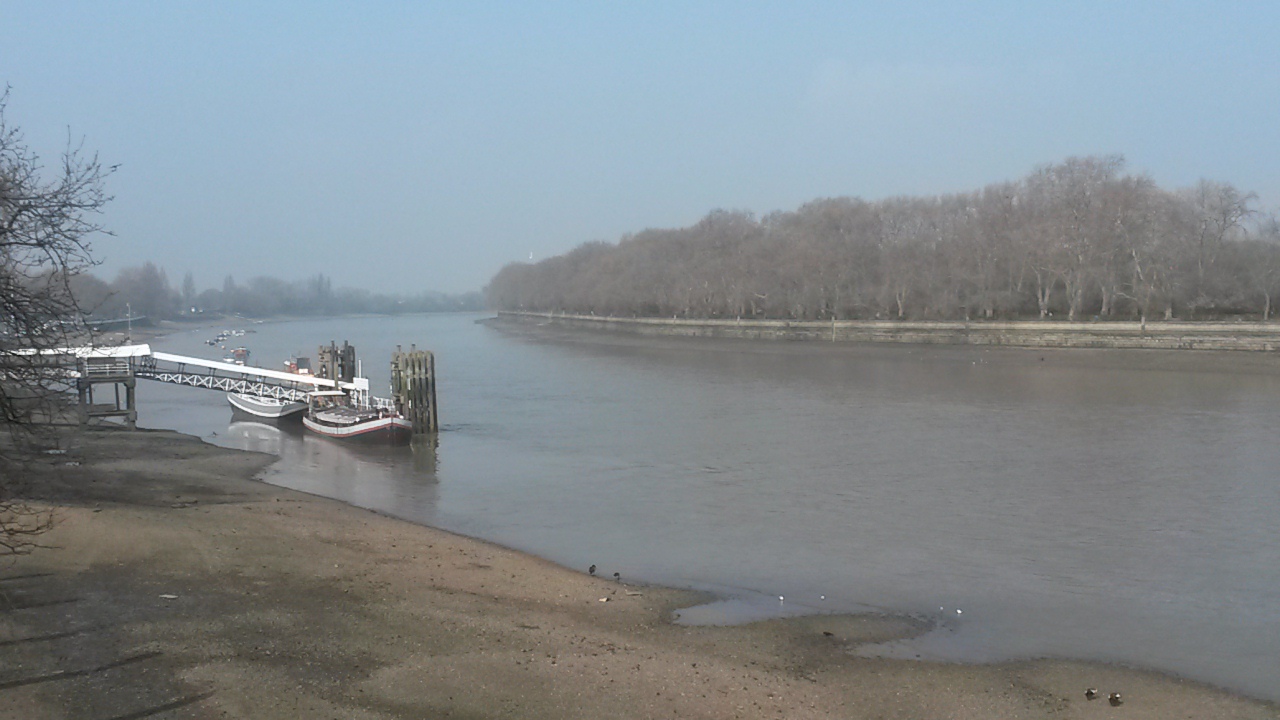 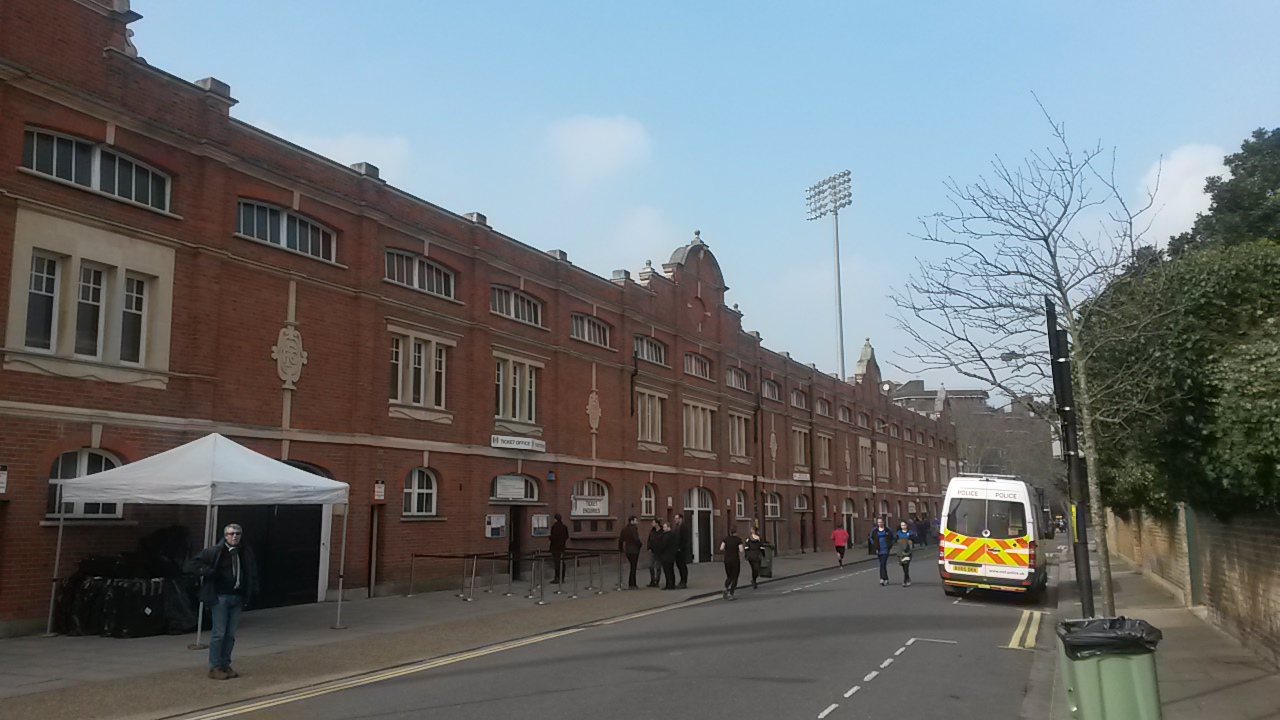 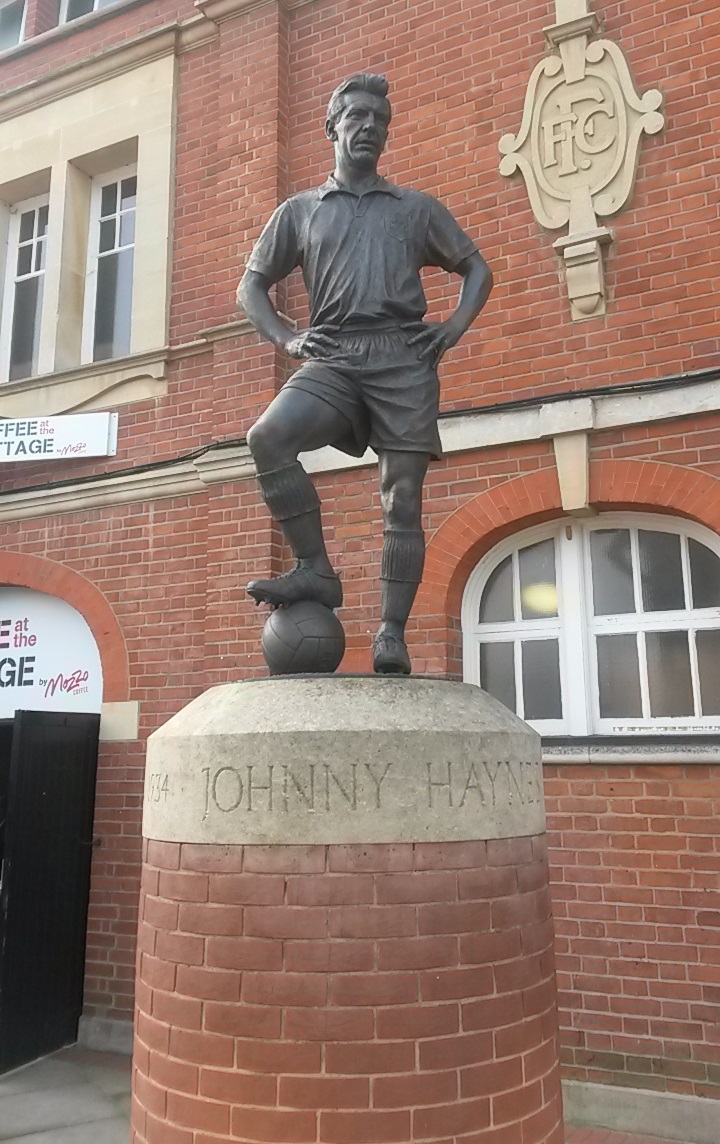 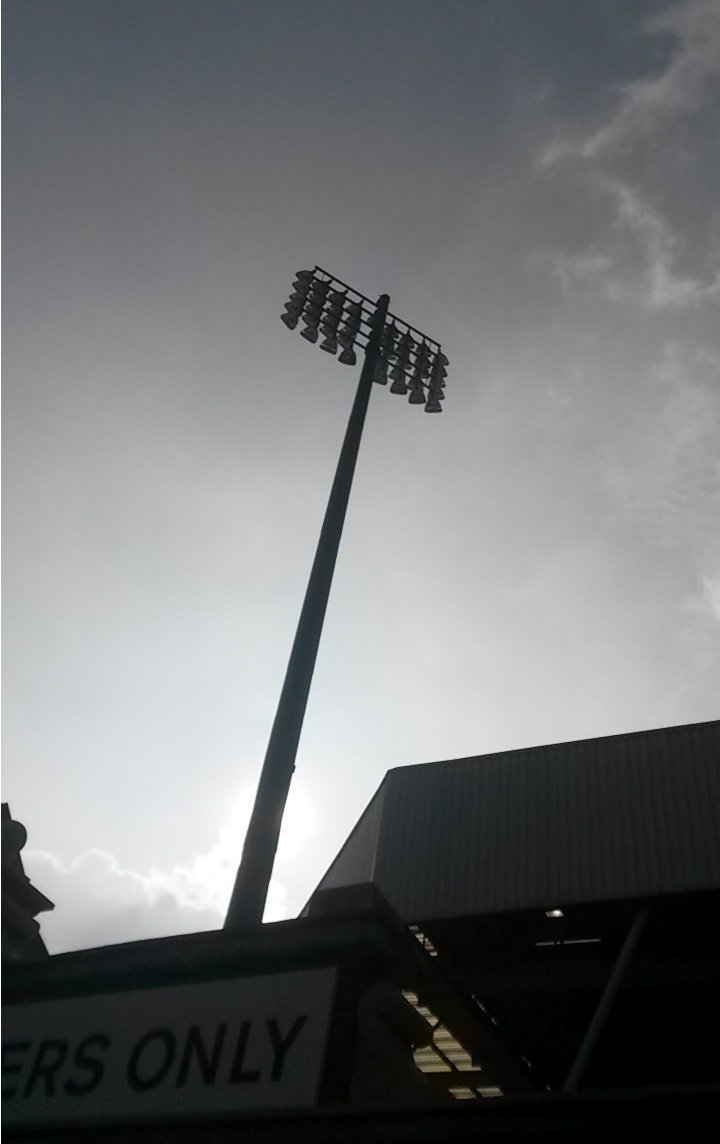 We settled down to watch the early kick off with a coffee at the ‘Cafe at the Cottage‘, a small coffee shop to the left of the Johnny Haynes statue. Not only is it a nice place to grab a drink and a bite to eat (even a pint), but a couple of windows inside the entrance let you see the players arrive and provide a glimpse of the famous side of the Cottage Pavilion. 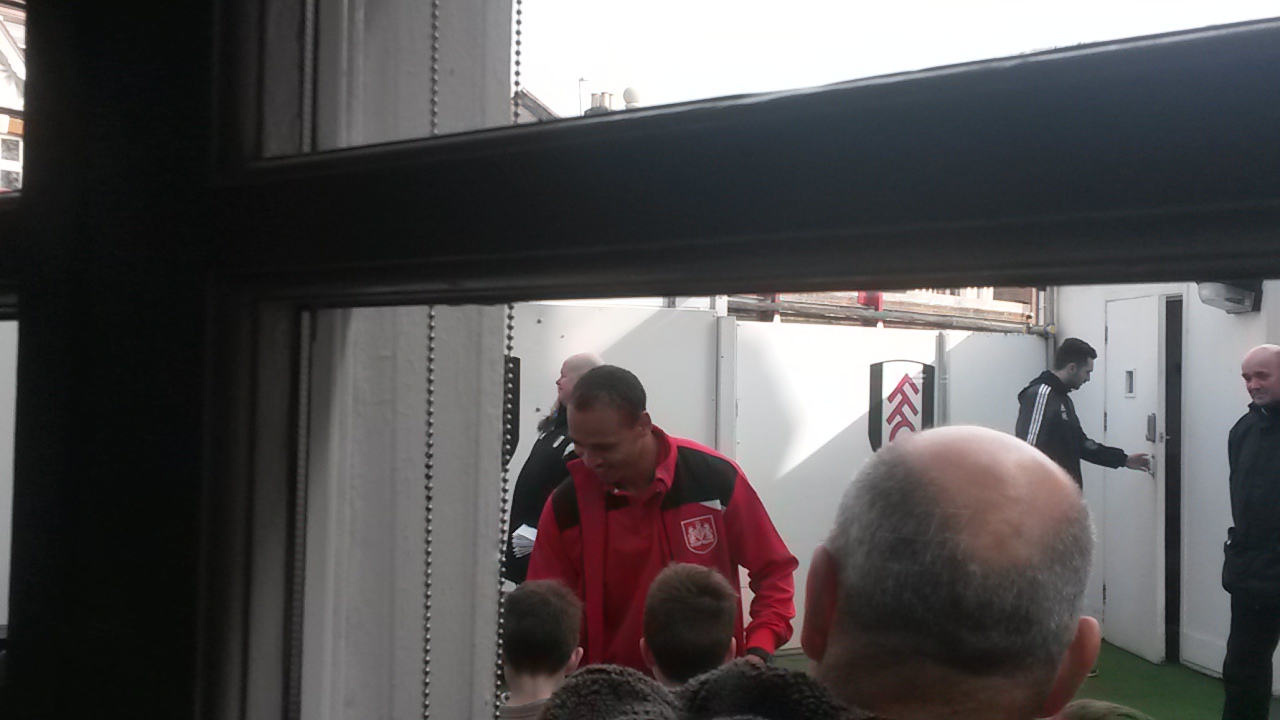 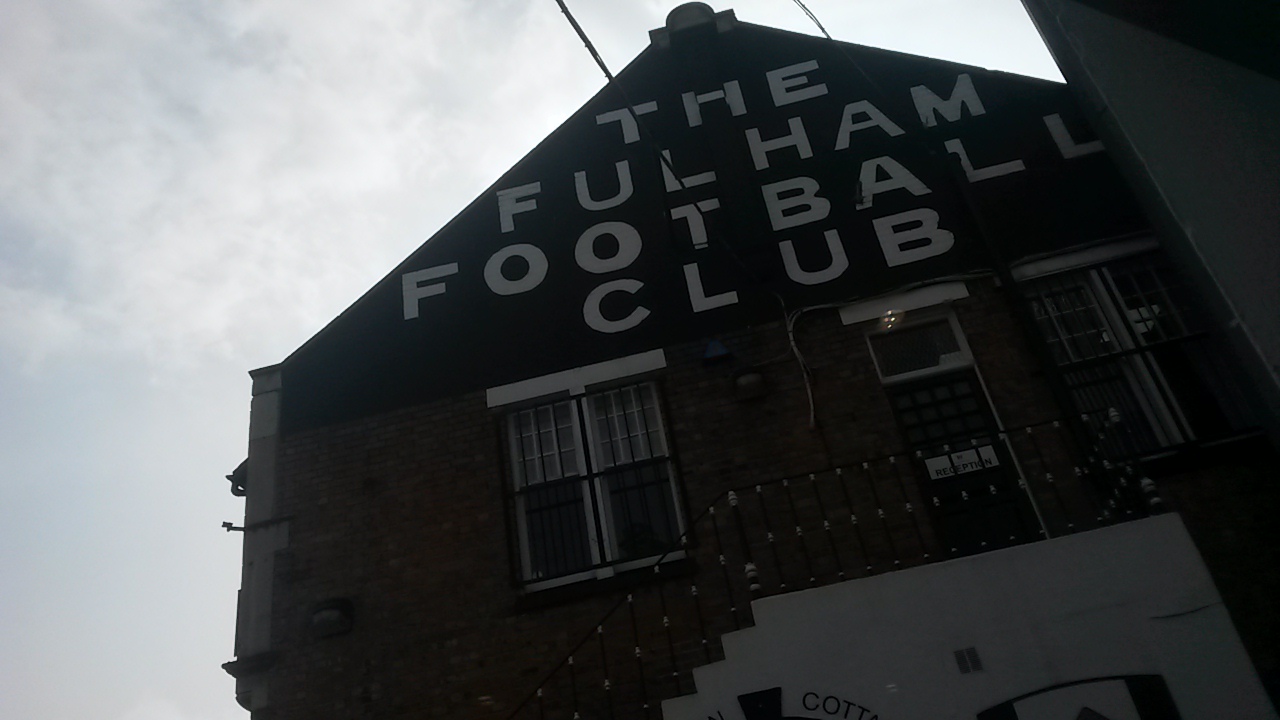 The game was building to be a real humdinger. When we booked the tickets a few weeks back this looked like a run of the mill mid-table encounter. Fast forward to today, and the teams were level on points and only 2 points above the relegation zone. For the loser, if results went against them they could be ending the day in the bottom 3. Both sides came into the match in patchy form. The home side had surrendered a lead in their past 2 outings ending up with a solitary point from a possible 6. City hadn’t been fairing much better with a return of 3 points from a single win in their last 4 games. Boss Lee Johnson had been busy in the loan market tying up a move for Stoke City striker Peter Odemwingie on the eve of the game who went straight into the match day squad.

The game got off to an absolute flyer! Within the first minute a slick passing move down the Bristol City left saw Lee Tomlin put Joe Bryan through, however Lonergan in the Fulham goal stood firm saving with his leg. City were left to rue their missed opportunity 2 minutes later as Fulham took the lead. A high ball in the the right channel set Ross McCormack free and the Championship’s top scorer executed a world class lob which fell beautifully just inside the top left corner of Richard O’Donnell’s goal. This shell-shocked the visitors and they never really got a decent foothold in the first half. Fulham had the better of the possession but were immensely frustrating in attack. Often a player would get the ball in a promising advanced position but no one would be in the box, or even looking to get in! Then there were scenarios when Dembele was pulling wide and McCormack dropping deep or Scott Parker playing pointless one-twos sideways/backwards leading to increasing groans of frustration from the home support. 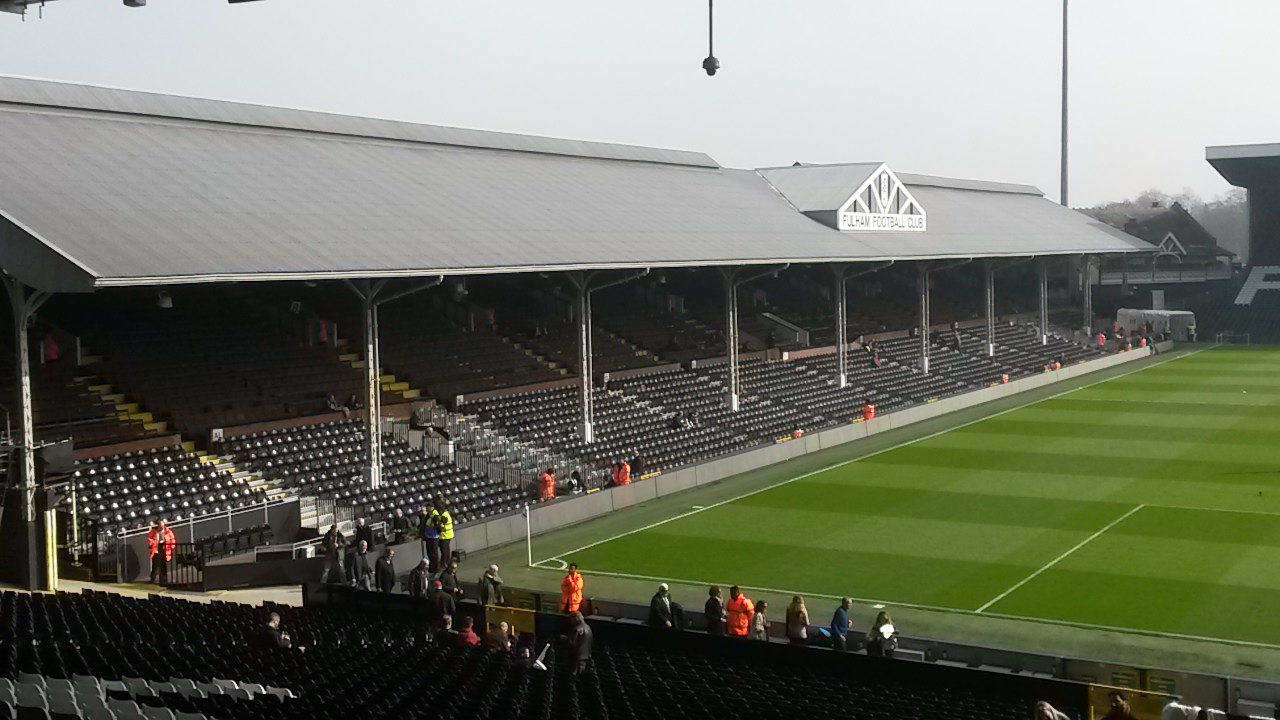 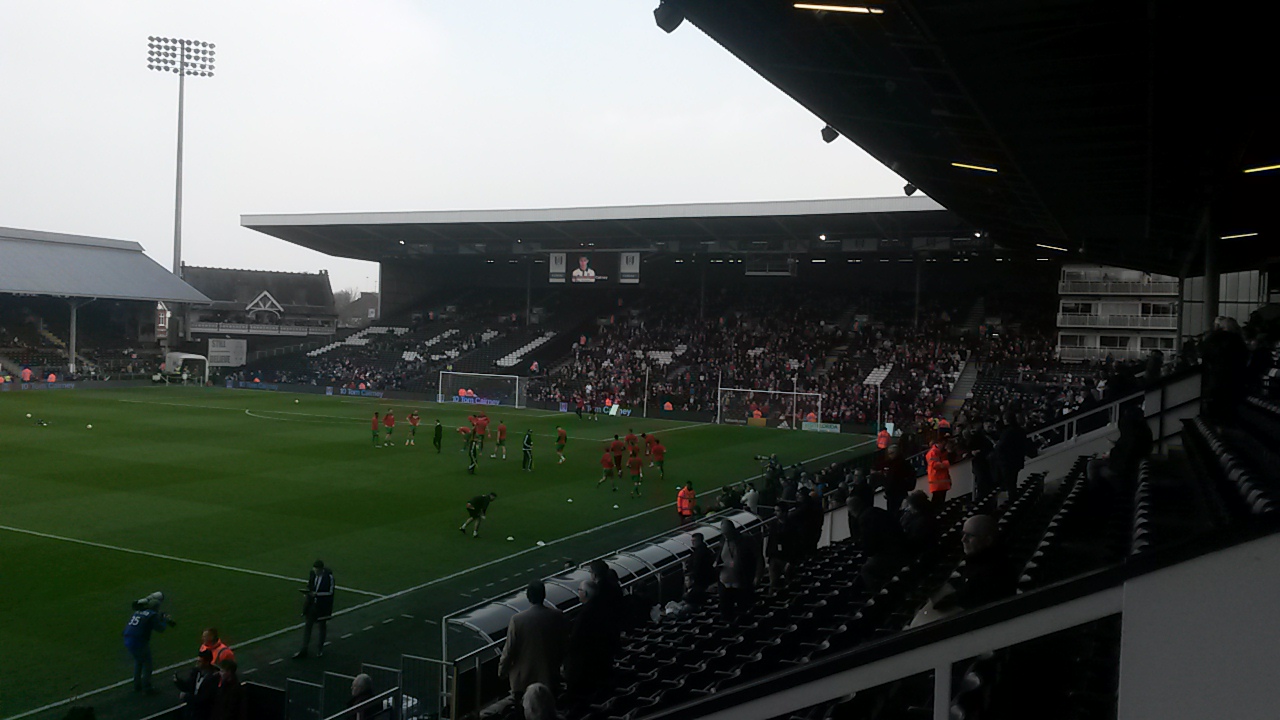 City gaffer Johnson clearly wasn’t happy at the break and made a double change. Odemwingie came on for his debut on the left of a front 3 and academy graduate Bobby Reid to add some spark in midfield. It did make a difference as the visitors started to show some intent and command some decent possession. Tomlin had an effort well saved and Odemwingie a powerful shot well blocked. However the latter almost cost his new side dearly, giving the ball away cheaply in midfield. Dembele remained onside (for once!) and raced through on goal, but his touch let him down and O’Donnell perfectly timed his advance to dive at the feet of the Fulham striker. This time it was the home side who were made to pay. Marlon Pack intercepted a pass from left back Luke Garbutt and advanced through an empty Fulham midfield. After skilfully sitting Scott Parker on his backside he powered a low shot in to the bottom left corner of Lonergan’s goal.

From this point there was only one team that was going to go on and win it and they duly did in the last minute of normal time. A free kick right of the edge of the D was expertly sent up and over the wall by Lee Tomlin to send the away end, and part of the neutral end into raptures. Fulham did what they could to salvage a point having a couple of bites of the cherry in a goalmouth scramble but the Robins got bodies in the way and survived.

It was a great game to watch as a neutral, particularly the second half which was a fantastic advert for Championship football. It really was edge of your seat stuff. In my eyes City thoroughly deserved the win. The bold changes made by Johnson at half time changed the game and they showed clear intent to get forward and take the game by the scruff of the neck. They got their rewards. On the other side the home fans have every right to be unhappy. As the game wore on they looked increasingly like a team of individuals. This was epitomised by the attitude of their players that were substituted. Firstly Garbutt sulked off despite clearly carrying a knock and then Dembele followed suit, ambling slowly off to the anger of the Fulham support. If they don’t pull together quickly for the greater good of the club they’ll be down. 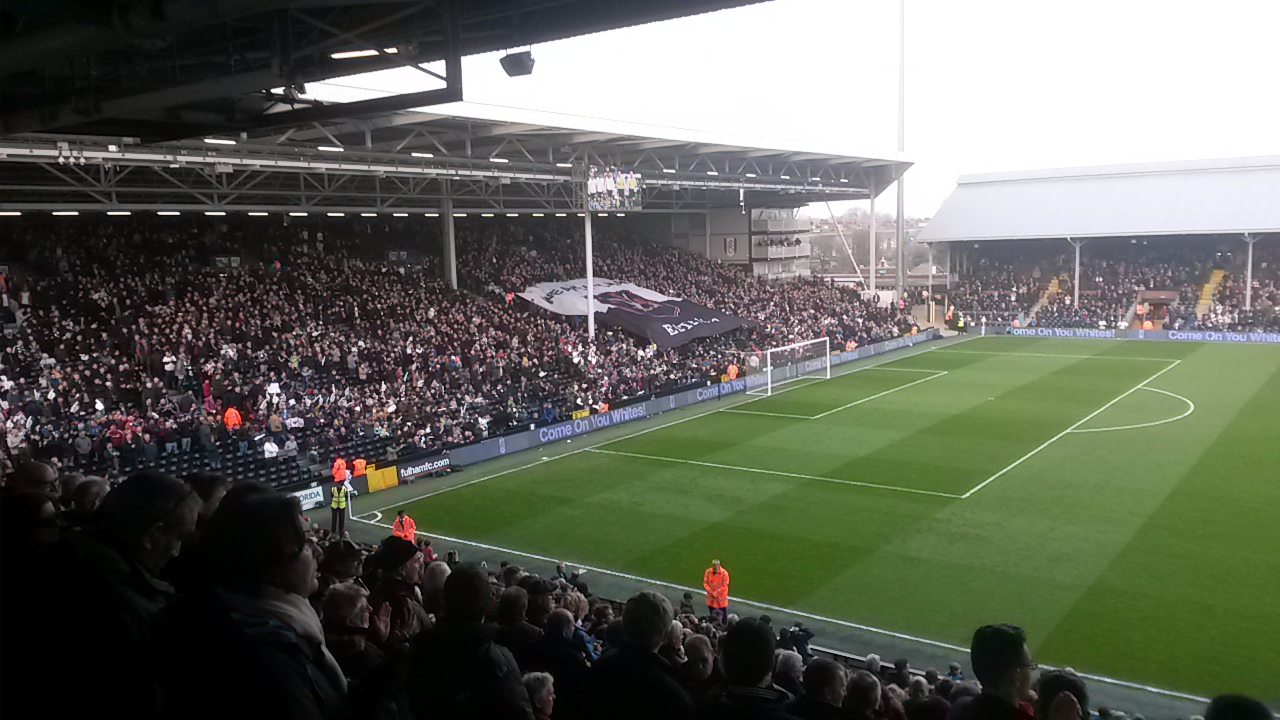 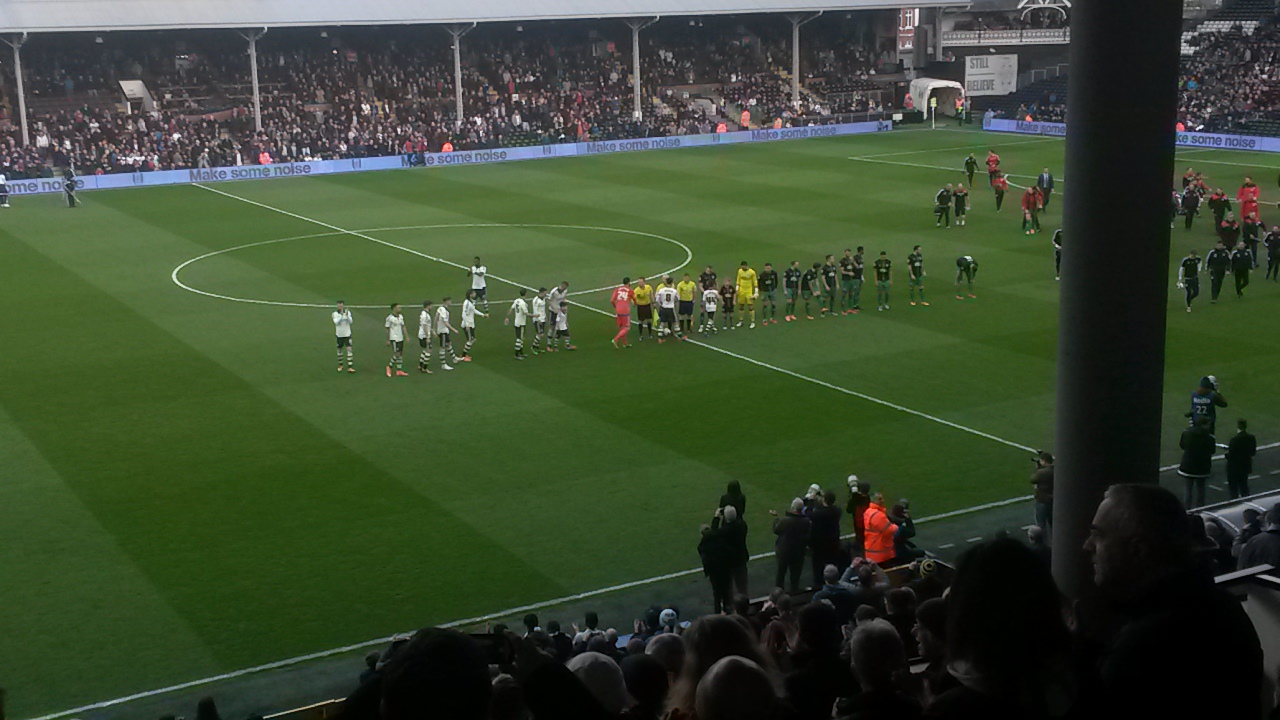 Location 4.5/5: Easy to get to by tube and in a great location alongside the Thames.

Value for money 3.5/5: £30 is about right for the Championship and good value for the game that was played out.

Pie Rating and Pint Rating n/a: Not sampled as such. I was impressed though by the number of different outlets available to get food and drink inside the ground which led to minimal queuing.

Programme 4.5/5: Really enjoyable read on the train back up north. I especially enjoyed the mix of recounting over past failures as well as past glories, in particular the ‘one hit wonder’ feature.

Character 5/5: Overflowing with it!

Stewarding 5/5: Seen and not heard.

You can keep up with Peter’s 92 on his the92.net profile here. Have you been to Craven Cottage before? Add it to your 92 here www.the92.net/grounds or plan your trip using our away day planner here www.the92.net/plan-your-away-day/. the92.net is a free service open to all football fans. Register now to create your 92 plus rate and review the grounds as you go!