Blogger Peter Briers heads to Lancashire for the second leg of his triple header. Burnley was the destination as unbeaten on the road Reading were in town.

Thoughts on the ground:
Turf Moor is one of grounds left on my 92 that I’d really been looking forward to ticking off, and I wasn’t disappointed.

It is one of old style grounds that are a dying breed amongst the 92, sat in the heart of the community as opposed to off a ring road on some industrial estate. I took my seat in the upper tier of the James Hargreaves stand, with a fantastic view of the pristine pitch, the rest of the ground and beyond. Looking out above the Bob Lord stand there were rows of terraced housing and lines of chimney pots meandering into the trees and the rolling hills. It was the ideal setting for a match. 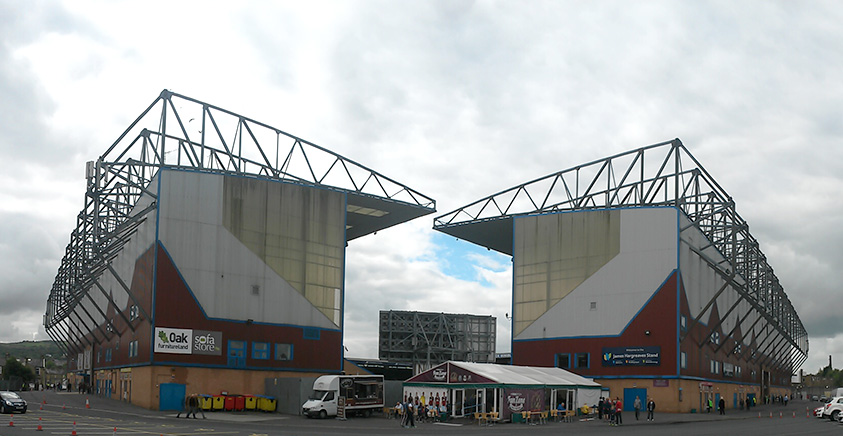 The stadium is very traditional in its design with stands along each side of the pitch, but with no corners filled in giving a nice blend of the old and the new. The James Hargreaves and Jimmy McIlroy stands, completed in the mid 90s, look over the more retro-looking Bob Lord and David Fishwick stands. The latter still contains the wooden seats, that I love to see, although they have been given a lick of claret and blue paint (the Bob Lord might too, although I couldn’t quite make them out from my view point). The ground was very easy to find and there’s plenty of free street parking in surrounding areas.

Thoughts on the game:
Reading came flying out of the blocks. Initially I thought their team selection was a little odd as they had a lot of similar players in the form of athletic wide men; Blackman, Robson-Kanu, McCleary, Danny Williams and Obita all in the starting line up. However this worked a treat. A slick forward move saw the Royals take the lead after just 5 minutes. A ball through the middle wasn’t dealt with properly by Keane. Robson-Kanu poached and fed Blackman, who continued his fine form in front of goal with a clinical finish low into the bottom corner.

A few minutes later and the visitors had doubled their lead. Another neat move again featuring Blackman ended with Gunter, who was up from right back, squaring the ball low into the box. Arriving from his wide left position was Chelsea loanee Piazon who finished well. With a mountain to climb the homeside huffed and puffed, but there just seemed to be something missing. The final ball was often over hit or played too late. Up front record signing Andre Gray was clearly being missed as Vokes and Hennings struggling to operate alongside each other – for me they seem too similar a style player to play in a 2. 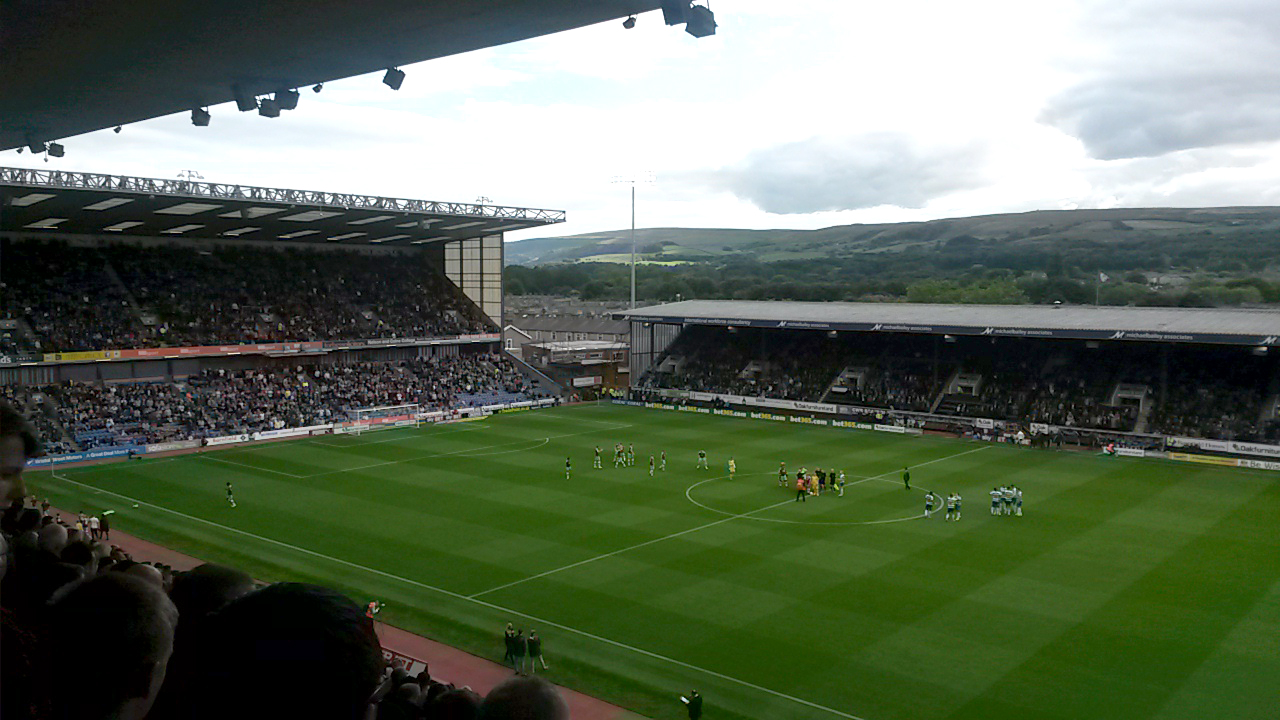 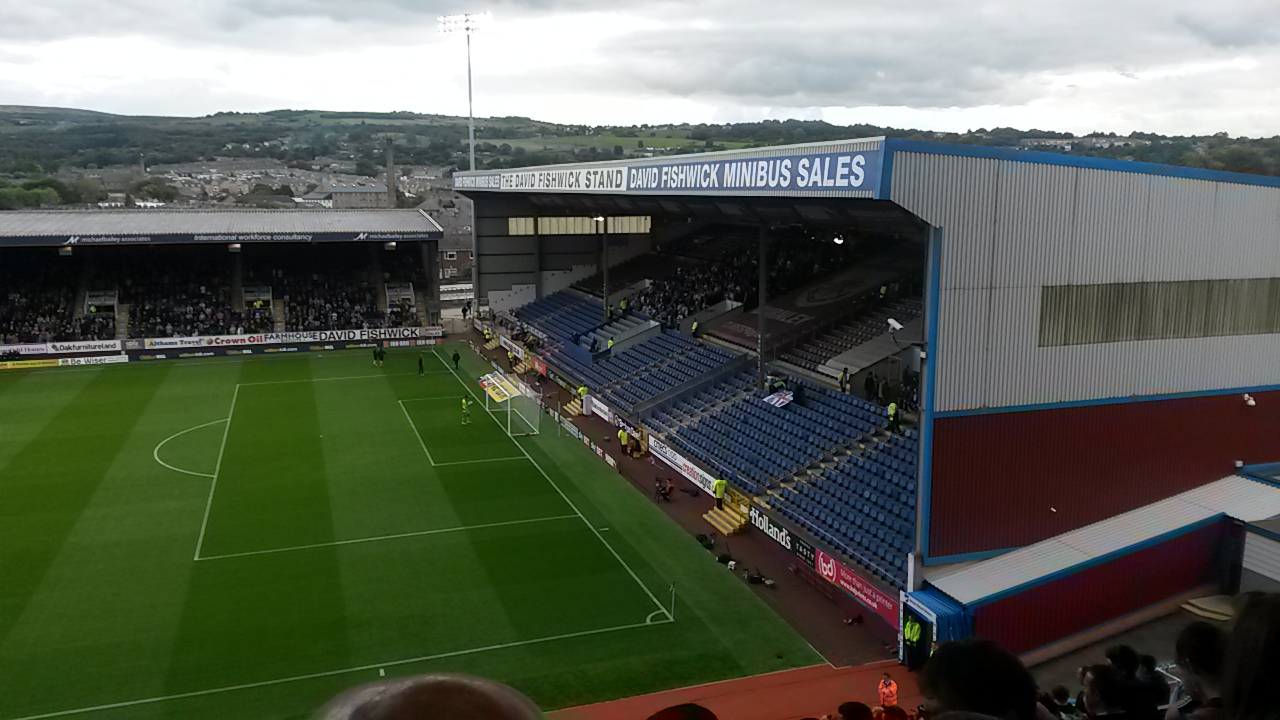 The Clarets had plenty of possession and this continued in the second half, but they never looked a deadly threat. 10 minutes into the half and Joey Barton came off the bench. This presumably being Sean Dyche’s response from the home chants to ‘bring on the b*stard!”. He did make a difference and aided the home sides play, getting stuck in and doing the simple things well. And they did find a way back into the game when right back Darikwa snuck in at the far post to finish a delightful cross from Scott Arfield to half the deficit. The home side continued to push for an equaliser and did have their chances. A Vokes effort was blocked well by Hector and another effort was scrambled out from the 6 yard box. With the quest for the leveller, Reading were able to exploit gaps on the break. Robson-Kanu should have put the game to bed, but Darikwa got back well to block on the line and Norwood crashed the bar with a cracking free kick.

On the balance of chances Reading just about deserved to go back to Berkshire with the 3 points. Burnley weren’t at the races in the final third and were missing a cutting edge plus some pace up front.

Atmosphere 3.5/5: Good from the home fans, they got behind their team for the whole 90 minutes despite the early set back. I was really disappointed with the travelling support who were pretty quiet throughout.

Value for money 3/5: £28 for a ticket and £3 for a programme is pretty standard in the Championship.

Programme 4/5: Was impressed, good quality and a good read.

Stewarding 5/5: Seen and not heard, they didn’t have a lot to do.

Overall 4/5 A traditional ground, with good atmosphere and bags of character