Brighton fan Kieran makes his blogging debut on the92.net taking in a trip to Craven Cottage the home of Fulham football club as the managerless Seagull’s look to turn around their poor first half of the season.

Thoughts on the ground: I was very impressed with the ground as it is different to what I am used to with the Amex. The Johnny Haynes stand was very unusual but good. On the outside, it just looked like a row of houses but had a small café in the corner where the players enter. I was lucky enough to meet a couple of Brighton players when coming out of the café. The Riverside stand was very plain and small. It has a hospitality section directly on the half way line and was very quiet. The Hammersmith end was the loudest and looked very similar to the Putney end. The Putney end housed over 3000 Brighton fans and the atmosphere was unreal. The fans were going mental, it reminded me of Peterborough away in 2010. When I entered the ground, through the extremely narrow turnstiles, I was searched by a man and then a sniffer dog which was checking every single person for Pyros, which I had never come across before. As it was a night game and sub zero temperatures I arrived to a wet seat, obviously damp from the River Thames. I had a very good view and was perfect for seeing the whole of the pitch. Overall I was impressed with Craven Cottage as a whole. 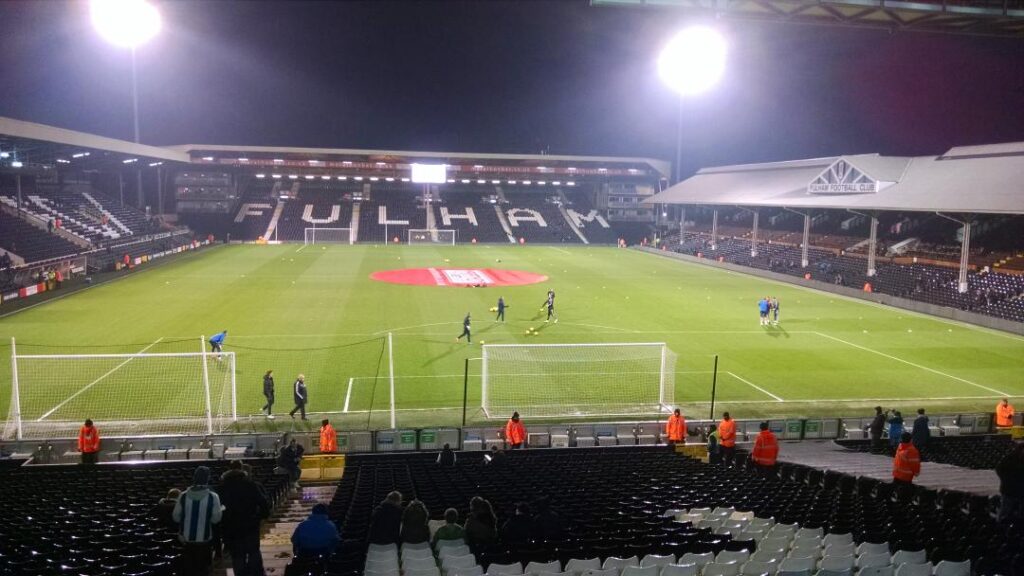 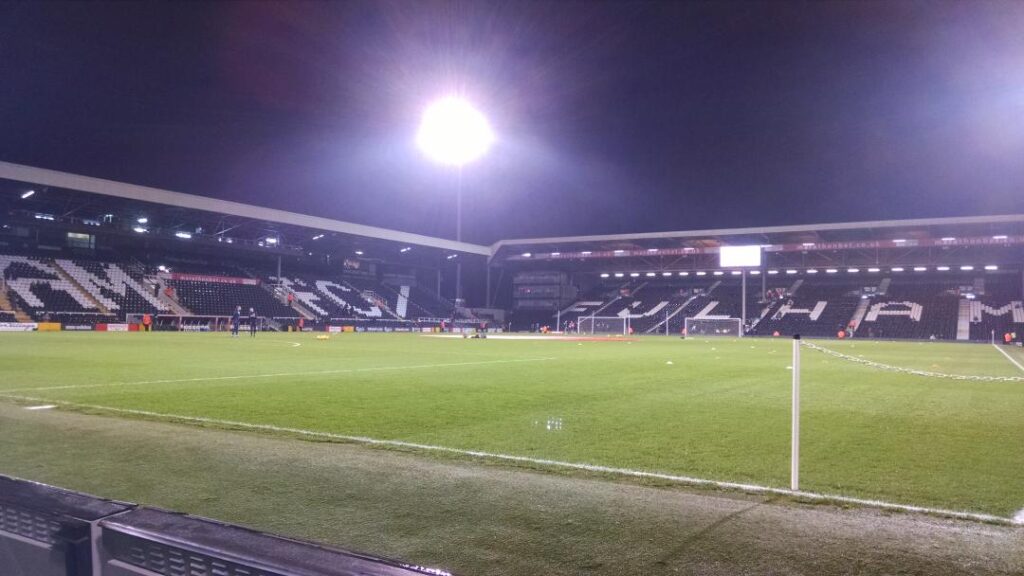 Thoughts on the game: The teams entered the pitch via the cottage in the corner. The Fulham fans in the Hammersmith end where holding a flag and went went across the whole stand, like at Anfield. The game started off lively with Hugo Rodellega missing an open goal. Fulham were very good on the counter attack, however Greg Halford was amazing, covering for the injured Gordon Greer. It was a very entertaining first half with multiple chances for both teams, all in all a very even half. The second half started off with Brighton maintaining most of the possession when Elliott Bennett ran down the wing into the penalty box and was completely hacked out. Up stepped Spaniard Adrian Colunga and he converted the penalty very slowly, a soft goal you could say. 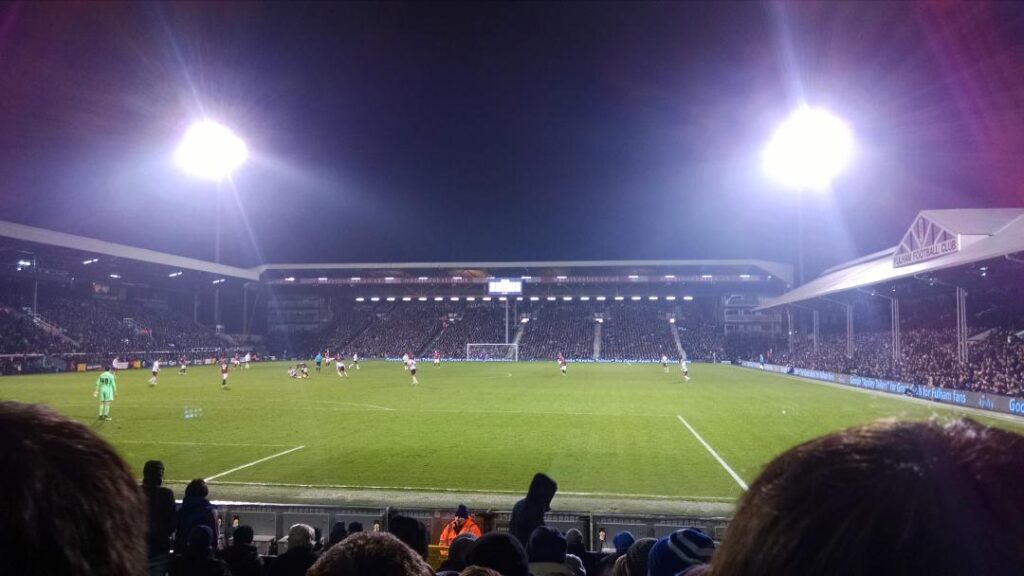 The away fans backed the team even more in the dying minutes but Fulham came extremely close to an equaliser when Ross McCormack’s thunderous shot was saved magnificently by the hand of David Stockdale. It looked as though Fulham would score but an amazing block by Danny Holla prevented that. Albion were looking very weak defensively but it didn’t matter when Chris O’Grady held the ball up and played it into the path of Joao Teixeira who placed an amazing pass through to Solly March who converted calmly. This sent the Brighton fans into madness as it was just our second win in 18 games. It was also caretaker manager Nathan Jones’ first win after the resignation of Sami Hyypia. A brilliant game for Brighton fans, not so for Fulham fans

Atmosphere 5/5: Only the Brighton fans, home fans were very quiet.

Location 3/5: Large volume of traffic through Putney added roughly 30 minutes to the journey. However, got there with a lot of time to spare.