Another day, another debutant! Welcome to Leeds fan and budding sports photographer Dan White who begins by recounting his trip to the home of AFC Wimbledon.

Thoughts on the ground:
When I arrived at Kingsmeadow, one of the first things I realised was how small the ground was. It does only hold a maximum of 4,850 fans with 2,265 of those fans seated. Then again, I’ve grown up living next door to Elland Road Stadium which holds just short of 39,000 fans. I ended up in the Your Golf Travel Stand which is an all standing terrace.

Thoughts on the game:
The game started and fans in the Chemflow End were chanting and singing from the opening whistle to the last. And after 16 minutes Wimbledon took the lead after a goal from Jack Smith. But four minutes later Tranmere equalised with Armand Gnanduillet’s first of two goals he scored to make things level after 20 minutes. Just before the half time whistle Wimbledon took the lead with a goal from “The Beast” himself, Adebayo Akinfenwa. Second half started and Wimbledon went all defensive rather than trying to increase their lead. This would end up not working as Tranmere would equalise again after 65 minutes from Gnanduillet’s second goal of the game.

After that, both teams remained defensive and the game ended 2-2. That didn’t matter the fans as they were still singing after the game was over. One thing they did like to do is criticize the referee a lot as they felt like the referee had cost them a game previously this season. They were nice enough to the away fans that had travelled 237 miles to get to the game. 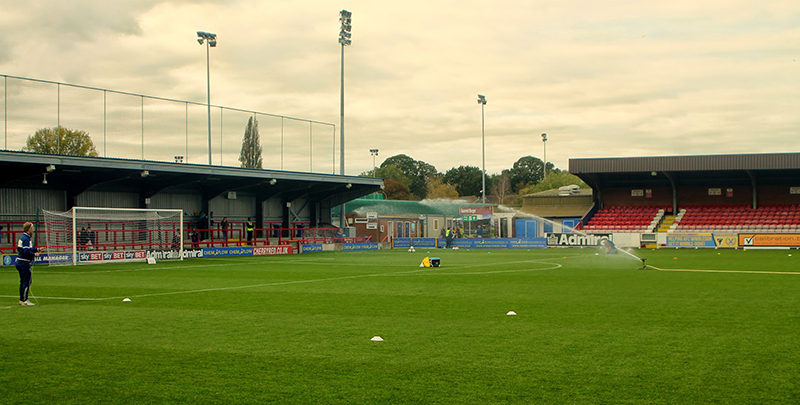 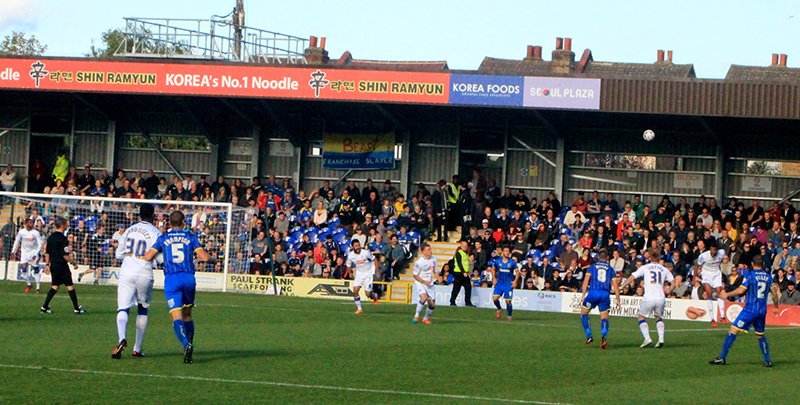 Character 3.5: Out of the way (Norbiton) and tiny but somewhere I would like to visit again

Stewarding 4: Everyone was friendly