For most of us doing the 92 league grounds is a challenge that takes years, decades, even a life time. Now imagine completing the 92 well within a year…for the second time! Well imagine no more, that is what Ed Wood from Derby is setting out to do and in World Record time! We caught up with Ed to find out what, why and how…

Groundsman: You must be very determined to reclaim the record – what drives you on?
Ed: A few things fell into place to give me the opportunity to do it again…

…And so – because I’ve started and so many people know I’m doing it – I won’t be stopping… whatever. 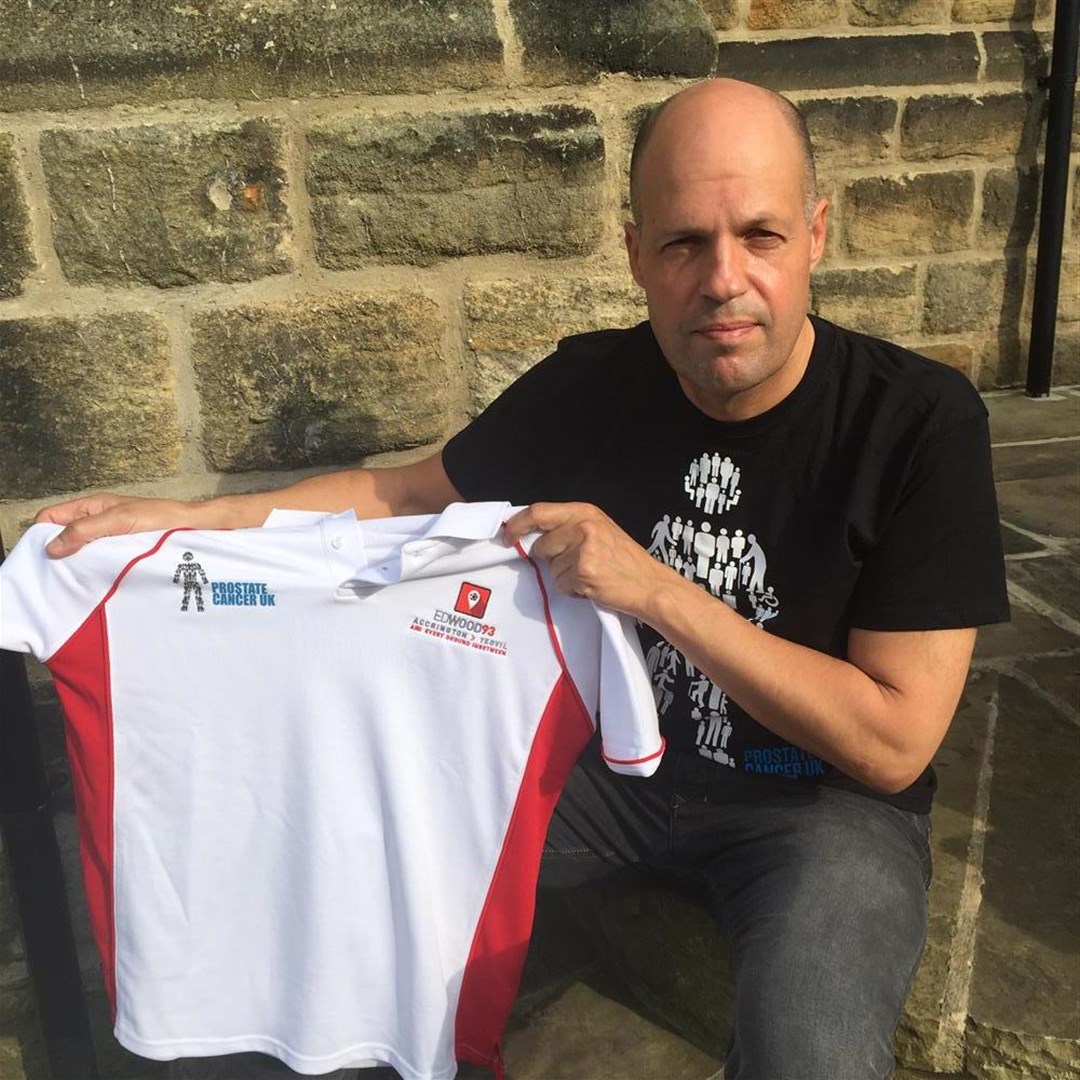 Raising money for Charity is another driver, that I didn’t realise would become such a challenge. It’s not easy.

I’ve met two Prostate Cancer survivors – Paul Thompson and Errol from Orient. I found this very challenging, notably when Paul said to me that one of the main reasons he is alive is because of people like me raising money from friends to help research that’s helped advance learnings about this cancer. Wow!

There are risks to completing it, that I’m trying to manage away. I’ve got 6 points on my licence, so I’m going steady. I can’t do anything about the weather, if there is cold snap that wipes out football for a long period – I’m shafted!

Groundsman: Having done it once, did you ever imagine you would be attempting it a second time?
Ed: When I did it last time, I just did it; no publicity, no charity, and no fuss, apart from one article published in a magazine. I re-read it and it does actually quote me as saying I’d do it again! Even if Ken Ferris hadn’t beaten it, I would’ve still done it again.

Groundsman: What do your partner/family think of your quest and will anyone be accompanying you on some of your travels for moral support?
Ed: I’ve obviously got permission from her to do it – and she did agree I could do it in front of witnesses too!

She knows I’ll be away a lot and I don’t take this lightly at all. If I were in her shoes it’d be difficult being home alone a lot, especially as we have no kids and no family nearby.

However, to date she’s been supportive. Sadly she has no plans to join me for any matches, not even the last one! 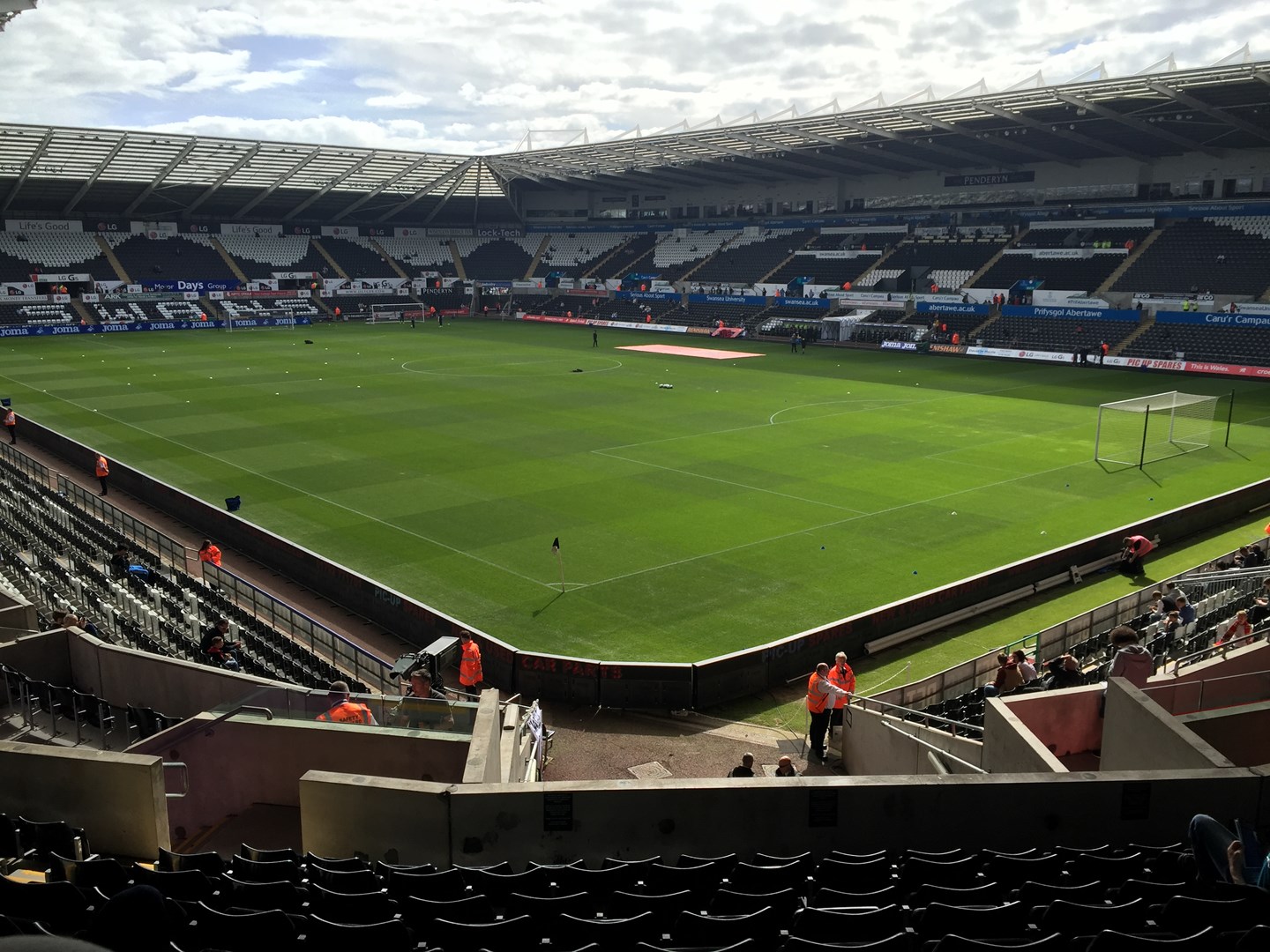 Groundsman: You will surely keep a log of miles covered. How many roughly do think that will be – and how many was it last time?
Ed: I did some analysis on the longitude and latitude of the 93 grounds. Using Pythagoras Theory I worked out that as the crow flies its 15000 miles there and 15000 miles back from my house to each ground. [The epicentre is Hinkley, Leicester – where it’s only 12000 miles]

But I’m doing trips where I go from ground to ground rather than going home after each game – so it depends on how the fixtures fall a little. I’m also getting the train and hitch-hiking to some games too.

No idea on last times mileage. Probably more though as I hardly stopped over anywhere I just went there and came back.

Groundsman: How many grounds have you managed to visit in any one week?
Ed: I did 8 matches in 9 days in mid-August and I’ve got 7 games in 6 days towards the end of September, with two on the same day on 24 September.

It’s challenging from a planning point of view, mentally and physically. Last time I did this I had a full time job; this time, until the end of December, I’m on unpaid leave (sabbatical). By the end of December I’m expecting to have done 80 games and I’m thinking the remaining 13 will mostly be weekends with only a few mid-week matches. I’ll try to take holidays to cover them if I need to. 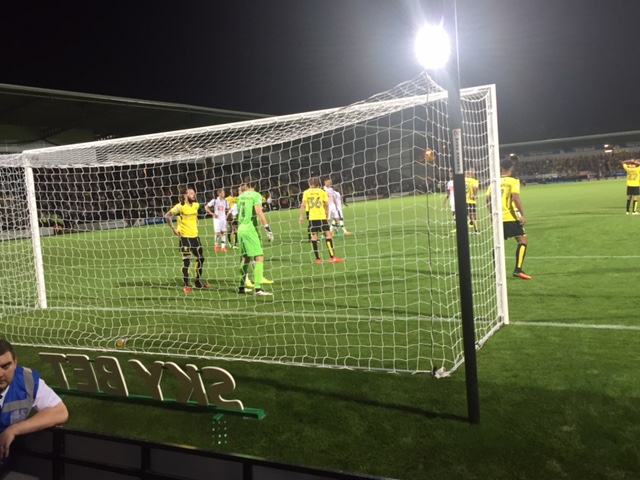 Groundsman: Do you rate the grounds for atmosphere, location, character, standard of pies? If so, what are your favourite grounds and the best matches you’ve seen so far?
Ed:So far, 22 games in…
Favourite Ground is Portsmouth – loads of character
Best Match is Rotherham 2-2 Forest, sending off and a last minute goal
Worst game was Orient 0-1 Yeovil, probably the worst ground too – sorry!

The other thing that makes a difference is who I’m with. I realised that going on my own is always going to be part of it but I’ve really tried to find existing friends, old friends or make new friends or friends of friends to join me if at all possible.

Another reason I’m doing this is to reconnect with people I’ve lost touch with as they moved away and that has worked well. I’ve also used Twitter quite successfully for help getting tickets.

Groundsman: Besides something like a ticket stub or match-day programme, do you collect a momento from each ground visited?
Ed: Guinness require me to ideally have a ticket, which can be a challenge if I’m swiping in on a season ticket. I’m also getting stewards to sign me in and out before each game starts and after it finishes.

When I did it last time I did buy all the programs and fanzines were just starting so I have quite a few old ones, but now I’ve mostly given up on both. Sorry to break anyone’s hearts but they’ll never be worth anything!

Groundsman: What incidents – amusing or otherwise – stand out over the years?
Ed: From last time – quite a few. I couldn’t drive when I started so hitched to the first 10 games. I then crashed “a few times” before I’d finished. I crashed into a car when on the way to Maidstone, limped home at 50mph… then when I went to Chelsea soon after actually saw the bloke I’d crashed in to. I ran off.

This time – going onto the pitch for interviews at Oldham and Crystal Palace have been fantastic. At Oldham I swore too, when the sprayer showered me. Going on the radio was nerve wracking – double vodka helped before speaking with Colin Murray definitely helped. Mansion Group also gave me use of their box at Crystal Palace – how good is that! 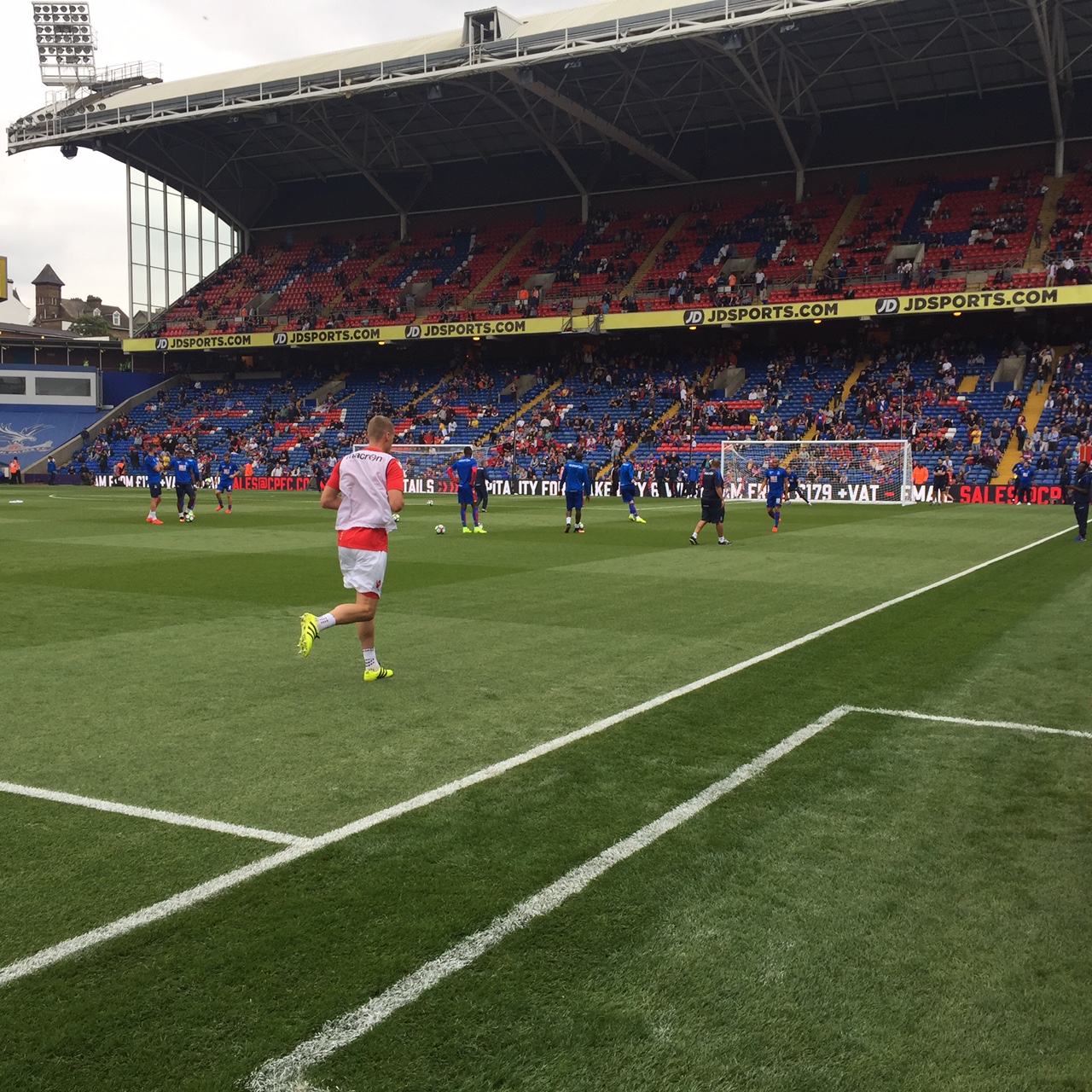 My friends have also given me 93 challenges to do, which some of the clubs are getting behind. On the basis of the list I’ve already managed to have a selfie with Rotherham chairman, turn divots over at Oldham and hopefully go on the gantry at Wycombe. I wanted the list to include hiding in the ground overnight – but we decided that could cause upset! 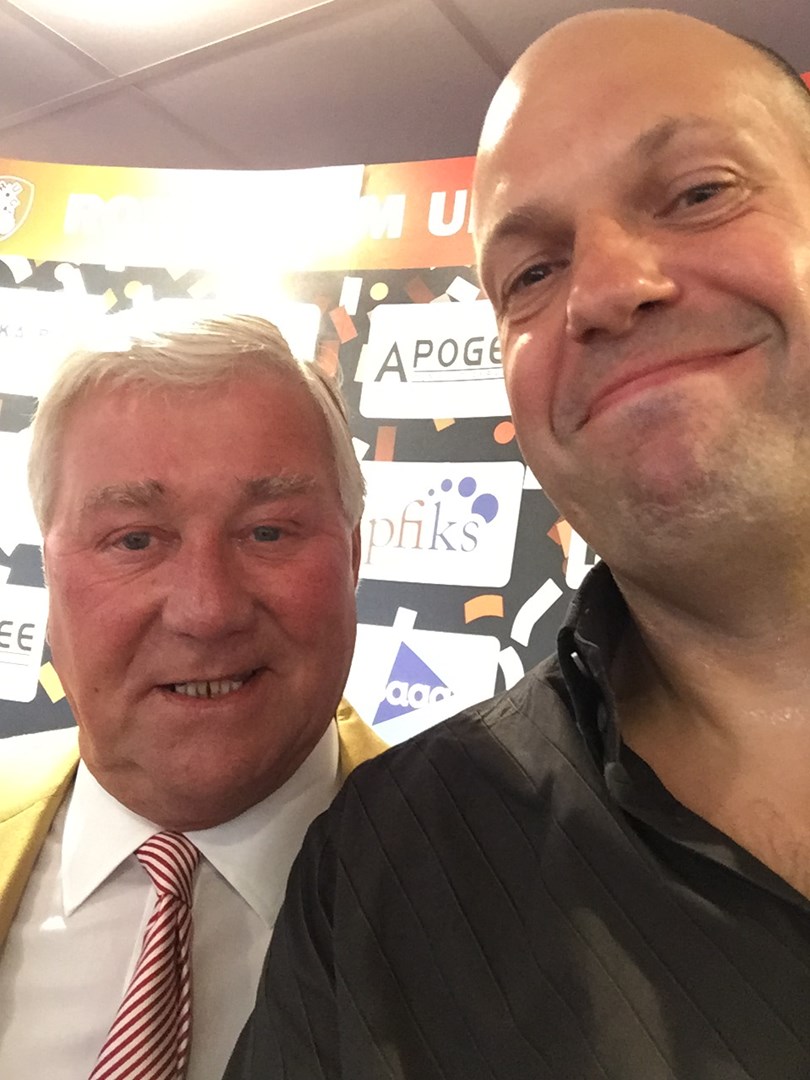 Groundsman: Have you got a ground in mind where you want to complete the challenge?
Ed: I’ve said that I’ll do anything to make sure I do it as quickly as possible. If this means going from Exeter to Newcastle to Plymouth on 3 consecutive days – I’ll do it. So I’m not holding any ground back in particular.

It would be nice if it was Derby, who I support or Leeds, where I now live or somewhere in between that friends could come to easily. Teams that I’m trying to hold back are Chesterfield, Sheffield United and Doncaster.

Groundsman: Good luck in your record attempt. If you regain it and someone else beats it, would you go round for a third time?
Ed: I’d love someone to take it on and beat me next season if I break it this season… hopefully no one else will do it this season though – that was a big fear.

And yes, I would like to do it again when I’m 75, if I’m in good health and capable of doing it.

Groundsman: Having completed the English grounds, would you contemplate a clean sweep in Scotland too as Mark Tomberry from Dorset has achieved?
Ed: I’ve done a few Scottish grounds; Celtic, Rangers, Motherwell, Berwick, Ross County, Dundee, Stenhousemuir, Partick, St Mirren. I don’t currently have no plans to finish them off. Never say never though.

I’d like to do something else – I’ve had a few suggestions:

Groundsman: How can fans help you along your way?
Ed: I’m comfortable watching games on my own but enjoy it more if there are fans I can chat with or want to watch with me. I’m always up for a pre match beer.

As such as I can look ahead my schedule is on my Facebook page – ED WOOD 93 – so any offers would be welcomed. If the game isn’t on the list, just ask if I know.

In all seriousness – any donation would be gratefully received.

My email is ed_derby@yahoo.co.uk if anyone wants to contact me direct.