England’s first 90 minutes at the 2014 is complete and already we are staring down the barrel of an early plane home. Pre-match there was much cause for optimism. ‘Whipping boys’ Costa Rica had upset Uruguay coming from behind to take a 3-1 victory, the group was up for grabs, but despite a more encouraging performance than in recent tournaments it was ultimately the same result again a well organised Italian side who ruthlessly exploited our weaknesses.

So where did it go wrong? Now the majority of fans think they know better and I may give that impression but obviously I don’t I’m trying to be rational and dissect the outcome rather than criticise just for the sake of it.

I’ve said this for years now but round pegs in round holes is surely the way forward. I can’t understand why with a whole country of players to choose from England managers consistently play players out of position to try and accommodate the best individuals, but why? Surely the best team win and not the best individuals? I firmly believe that a team should be selected based on players to fit a desired system.

Arguably all three players sitting behind Sturridge were out of position. Rooney isn’t a left winger/midfielder, Welbeck isn’t the same on the right and Sterling isn’t a number 10 so why play them there? It was clear during the first half that the Italians were exploiting the space down the England left and Baines was exposed a number of times by Rooney’s positioning. Welbeck for all his critics, me included had a decent first half. He was disciplined, played with a high tempo, a lot of energy and won the ball back a number of times. However when Roy identified this left sided problem and swapped Welback on the to left for the second half, he was caught out of position the Azzurri had a free run down the flank, cut the ball to the far post and scored what turned out to be the winner. You could say Johnson had gone missed at full back – if he had tucked in and put some kind of challenge on Ballotelli from over his shoulder the striker may not have been able to get over the ball and head it down into the net. However the ball shouldn’t have got that far in the first place.

Rooney, Sterling and Welbeck may have played in those positions occasionally before but they are far from their natural positions and their strongest positions. 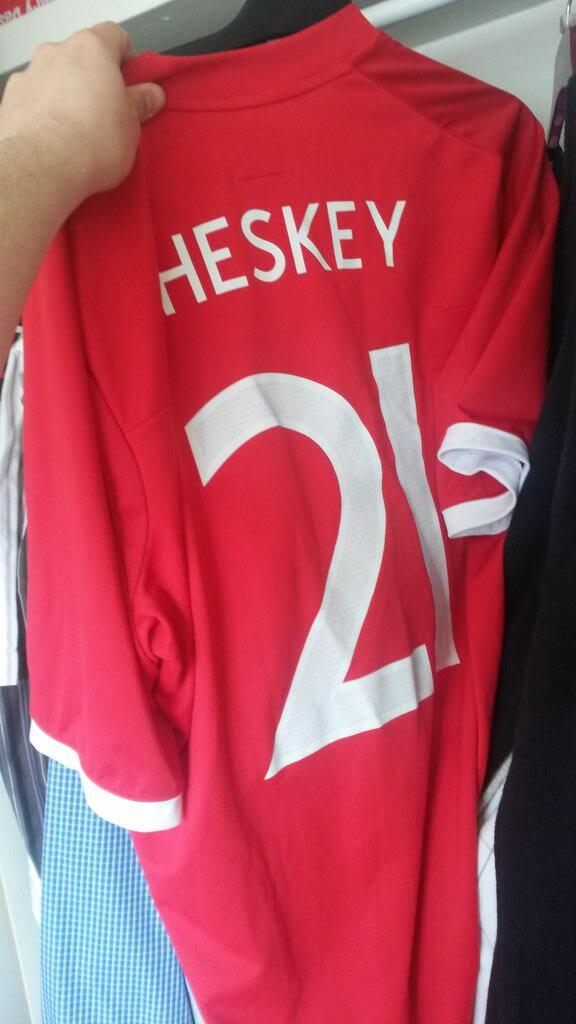 Reaching for the 2010 shirt

First of all lets just get it out of way Wayne Rooney put in a very good cross for our equaliser, but besides that I’m struggling to think of what else he did that was decent. Work rate isn’t enough nowadays and damning as this may sound, he is not a world class player and he just doesn’t deliver on the big stage. Admittedly he was out of position but he wasn’t disciplined enough down the left. From the replays of the first goal you could argue Rooney should have blocked the shot, it was traveling through a crowd of players but he should have got a decent toe on it. However had he not been there Hart would have been better sighted to see the ball.

When Rooney’s chance to grab the headlines did arrive he didn’t step up to plate. Beautifully slipped in by Baines he cut back inside the defender and hit the ball near post. With the keeper well beaten he just had to hit the target but snatched at the opportunity and put it wide. On the world stage when a chance comes you have to take it, look at Van Persie, Robben, Neymar, Ballotelli, Sanchez, Peralta; they’ve all been clinical, Rooney wasn’t.

In the last 20 minutes we were on the front foot, pressing and clearly getting into some promising positions, but that final ball let us down. Maybe it was the pressure, the pitch even the conditions? But still Johnson, Sterling and Rooney were all guilty of terrible crosses, the latter even putting a corner straight out of play. Despite playing with a greater tempo than previous tournaments there’s still room for improvement, again was it the pressure, the fact the Italians had 10 men behind the ball or just indecisiveness but a number of times in that last 20 minutes a player took an extra touch when they could have moved the ball sooner.

Finally substitutions; game management is key and as mentioned in commentary Prandelli is a master at this. Bringing Barkley on after an hour was a positive move and benefited the team. But it was the Wilshire one that puzzled me the most. Henderson was playing ok and still seemed to have plenty of energy – if you’re chasing the game and need a goal surely more impetus up top is what you need? Countless times when we did get into half decent positions down the flank there was often only one white shirt in the box pushing the Azzurri back line – this just wasn’t enough to trouble them. Surely Lambert in this situation would have caused more problems? Wilshire, who hasn’t played much football at all this year didn’t get into the game and as in the warm up games spent more time on the deck than on the ball. The final change unfortunately was unavoidable – Sturridge was moving uneasily after a robust challenge from Chiellini and had to come off.

On we go then to Sao Paulo for a real crunch game with Uruguay. I know I’ve focused on the negatives, but I’ve tried to be constructive and there are real positives that can be drawn from the game. The tempo was much better than recent years and in stages we played without fear, which was refreshing to see. Despite having less possession we still carved out 18 efforts on goal and had 9 corners, with a little more composure and a better final ball on a coupe of occasions we could easily have walked away with the points.