Our resident Fantasy Football guru Richard Beaumont aka Treakz on Twitter, gives a solid account of players that, for the value, should be dancing into your team, like Peter Crouch after a hat trick against Jamacia, whilst you splash the cash like Leeds United trying to win the Champions League.

As we approach the first dreaded international break of the season, a number of managers may be looking to make some profit on the transfer window by playing an early wild card and then reaping the reward of price increases across the fortnight break. I take a look at a number of current ‘unfashionable’ players that may gain some ownership being added into squads as cheaper options to bring in bigger names.

Swansea has had a quiet start to the season and are probably struggling for quality FPL signings. They did keep a clean sheet first game of the season and were quite resolute against United for 80 mins in game week two. Currently, with only 2% ownership, Naughton has the prospect of 4 home games in the next 7, six of these with an FDR rating of 1 or 2 could see some clean sheets and also increased creativity from joining attacks. 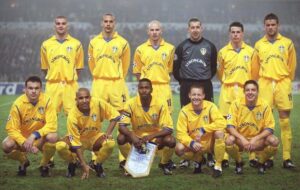 Could Manchester Utd go the entire season without conceding a goal? No, but they do look to be shaping up an early season Classic Mourinho miserly defence. Although Baily is currently taking the surging in popularity, this is mostly due to one goal. Blind is currently owned by only 2.7 % but having completed 90 mins in both games without conceding, as well as taking a number of corners and set pieces, Blinds ownership could be on the rise.

Everton has scored two goals so far this season, both scored by Rooney yet both assisted by Calvert-Lewin. Getting plenty of game time and priced at only 5 million, with Sandro carrying a knock into the weekend, Calvert-Lewin could certainly be worth getting into your squad, even if to add value to your bench if playing your wildcard.

Schindler had to make the list…. get it? A Huddersfield player featuring for the second week but it is hard to overlook their start to the season. Yet to concede a goal and at the heart of the defence is Schindler. David Wagner has them very well organised across the whole pitch and three favourable fixtures coming up Schindler could yet add value to squads at only 4.5 million

Returning from injury playing 90 mins against Chelsea, Tripper suffered from a serious drop in ownership following picking up a knock at the end of pre season. Now owned by only 2.8% and available at 5.4 this is sure to rise with a favourable run of low rated FDR fixtures and potential for points going forwards as well as at the back.