We welcome Richard Beaumont to the92.net, who will bring a wealth of Fantasy Football experience and know how to you. Having either won or been in and around the Champions League positions for several years, in a plethora of different leagues, we feel his knowledge will be a welcome addition to our football coverage. Have you joined the92.net league? Our code is 37014-93203.

With the Premier League kicking off in less than 24 hours, I am on the hunt for the must have players of 2017/18, whilst keeping my eye out for the underground bargain buy that may escalate into the popular early season bandwagon. 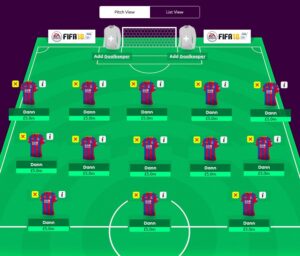 Alan Partridge stole an unfair advantage with his team selection in Fantasy Football.

With 100 million to spend, there is plenty of scope to bring in the big names. But will they produce? Squad rotation, adapting to the Premier League and of course, Stoke away on a cold Tuesday night are all factors worth considering when splashing the cash on your star men.

Big Rom has a hefty price tag strapped to him. But priced one million cheaper than Kane, Aguero no longer guaranteed his place and 25 goals last season at Everton, he looks ready to fill the goal scoring void at Old Trafford. At present, he features in the highest percentage of teams for the opening weekend and I imagine taking the captains armband for the majority. Having already notched in the USA style Manchester Derby as well as the Super Cup vs Real Madrid, the move to United and increased quality of service can surely move Lukaku into the realms of world class.

Man City appear to be favourites with almost every bookmaker I have seen but it can be difficult to pick out their starting XI due to Pep’s squad depth following a cash laden summer. However, one name guaranteed to be on the team sheet is KDB. Influential throughout a successful preseason, De Bruyne will be looking to improve on six goals and an outrageous 21 assists from the previous campaign. Man City are sure to be full of goals this season and I expect KDB to score points heavily from the off.

If Jurgen Klopp is still playing ‘Heavy Metal Football’ then Saido Mane will be taking the stage as lead guitarist. An impressive thirteen goals were scored along with seven assists in an injury hit debut season at Anfield, not to mention time away at the African Nations cup. There is usually a player you avoid, thinking their form will dip but then never does, regrettably, this was Mane for my team last season. A constant threat off both wings and if his form of preseason continues, an electrifying partnership awaits with new man Mo Salah.

A new face at The Etihad and very briefly the most expensive defender in history, Walker will be looking to hit the ground running at the Etihad. He is almost certain to slot straight into the starting line up with Mendy likely to miss the opening weeks of the season. Walker looks set to be deployed as wing back under Pep and provided six assists in the Premier League last season, managers can expect this to increase in a new look Manchester City defence. Caution – whilst going forward Walker may provide a major threat in the opposition half, City are not famed for their clean sheets, but with heavy investment between the sticks and at full back this is something keep an eye on.

Every year there are bargains to be had, diamonds in the rough and usually a player scoring points in the wrong position. Early season band wagons are a regular, it’s just whether you jump on board for the season, like Ryad Mahrez 15/16 or Etienne Capoue’s fleeting period as a goal scorer in 16/17.

Following four goals and eight assists two years ago for Bournemouth, Ritchie packed his bags and moved from the seaside to Tyneside for a return to Championship football with Rafa’s Newcastle. Now he is back and priced at 6 million he could be the bargain to add into your starting XI. Likely to be hovering over penalties, corners and free kicks, Ritchie provides points potential with goals, assists and bonus point opportunities. After the visit of Spurs on the opening weekend, the magpies look to have a month of favourable fixtures where Ritchie could well start to appear in a number of teams.

Almost every blog I have read this season refers back to Southampton’s favourable fixtures at the start of the season, but then, they are favourable fixtures. Of their opening eleven games, only one fixture has an FDR of over 2. With seven home games, I’m favouring Cedric’s full back status ahead of other 5 mill options, such as Yoshida, to rack up some early season clean sheets with the odd assist thrown in for good measure.

If the “will he,won’t he” saga of Gylfi Sigurdsson’s move to Everton ends up with the Icelander moving to the Goodison Park, Swansea will be left with a sizeable hole to fill in their midfield. Step forward potential readymade replacement Tom Carroll. Whilst not currently in the bracket of expert, he certainly has potential from dead ball situations and is likely to be on free kick duty along with corners with his left foot. He had a strong preseason, completing 3 assists in one game against Sampdoria. Priced at £4.5 million, any potential early price rises will leave him a cheap fantasy football option, even if warming your bench.

How dare a young player leave Chelsea, ahead of spending another season on loan in European obscurity, then later be sold at the earliest opportunity? Solanke, relatively unknown to most before his move to AnfieldManc, has spent the summer scoring goals for both England U20’s and Liverpool during the preseason. With Sturridge’s inevitable injuries, Ings having fallen off the planet and the unpredictable nature of Origi, Solanke could well establish himself in the starting XI at Anfield this season.