The start of the season saw the launch of Hiding With The Hooligans – a book that threatens to reinvent popular opinion on football hooliganism culture in the 1970s and 80s, and in danger of immortalising northern town football supporting throughout those decades.

The book realises the completion of the The Radfordgate Tapes in its fullest form – a monthly memoir from lifelong Chesterfield supporter Dave Radford who has finally revealed all about his first hand experiences of football hooliganism in the 70s and 80s in this unique new book.

Originally called The Radfordgate Tapes and starting life as a much loved regular feature of the Chesterfield fanzine, The Crooked Spireite, Hiding with Hooligans tells the fascinating true story of a large group of local young men, which he became unwittingly part of. It describes how they expressed themselves, at home and away matches the length and breadth of the country — not always with the mindless violence and obscene language typically documented. 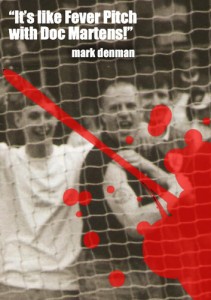 Watching Chesterfield FC is and has never been easy – even when they do well. But watching them in the 70s and 80s was, at times, a very real nightmare. So much so that occasionally the safest place to be was hiding with the hooligans – literally.

This first-hand account transports the reader back to a time in which pre-match entertainment was a pint, a pie and always a punch up – and if you were lucky perhaps a brass band. Hiding With The Hooligans takes the reader on an exhilarating yet hilarious journey of one dedicated fan addicted to the bittersweet experience of going to football matches during the darkest years of football violence.

Craig Thomas, author and MA in sports history, says Radford’s account “really was the 1970s and really was Britain. “There is a historical reality in this book that not even the most skilled sociologist could ever capture,” he said. “The pleasure is in the detail, and also in the insane, yet at the same time banal truth of hooliganism in the days of Wilson, Heath and Thatcher. The silliness of bad boy behaviour is perfectly captured (where usually it’s never spotted), as is the swaying of its pendulum between pointlessness and deep meaning.

“Here, Dave Radford has captured in vivid literary snapshots a slice of social history that hasn’t yet been forgotten because no-one bothered to preserve it in the first place and, thanks to him, we can now try to work out the puzzle.” 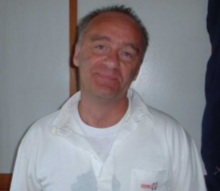 Speaking about the book and why he wrote it, Dave Radford, 55, (left) from Chesterfield, said ”Watching Chesterfield in the 70’s and 80’s during some very troubled times, socially, politically and economically, was never easy. I’ve read lots of books about football violence, who does what to whom and how good they are at it; I’ve witnessed the ugly and violent side of hooliganism first hand, which I’d never codone, but I’ve also seen calm, respect and wonderful humour and I wanted to offer this different side to the much publicised negativity. I also wanted to take fans of that era down memory lane while giving the fans of the modern era something to think about and reflect upon, and hopefully give everyone an insightful and humourous read. ”

Hiding with the Hooligans is available from Amazon (Paperback and electronic versions) and all good book shops priced £9.99, click here for details.

Do you have a football or ground related book, let the grounds man know here