With a career spanning over 20 years Brett Ormerod has amassed over 340 appearances up and down the football pyramid having played for the likes to Blackpool, Southampton, Preston and Accrington Stanley. Indeed the striker has the very rare honour of not only having played in every division for the same club, Blackpool, but to have scored in each as well. We caught up with Brett for a quick chat to find out more about his experiences at the 92 grounds…

Groundsman: Which ground has the best atmosphere you’ve experienced?
Brett: St James Park, Newcastle and Elland Road Leeds. There was always good atmosphere playing there down the years. 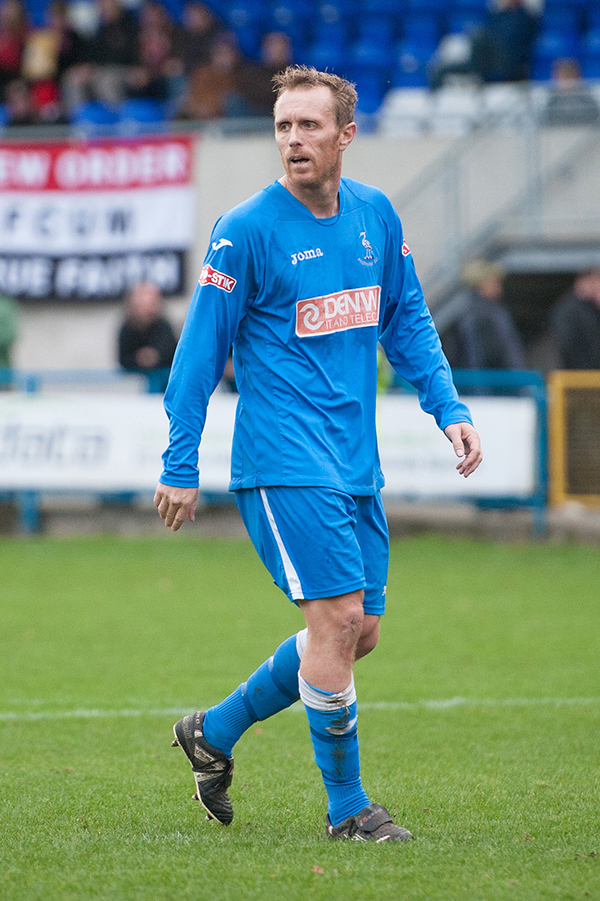 Groundsman: Which ground(s) did you enjoy playing at the most?
Brett: I always liked Tottenham’s White Hart lane.

Groundsman: Where there any grounds on the fixture list you didn’t look forward to visiting?
Brett: Playing at Luton, Kenilworth Road. Of all the times I played there I can’t ever remember winning!

Groundsman: Out of the clubs you played for which home ground was your favourite?
Brett: St Mary’s was my fav. When I moved to Southampton the stadium was brand new and when full there was always a great atmosphere.

Groundsman: At which ground did you score your favourite goal?
Brett: Has to be at the new Wembley when I scored the winner in playoff final, 2010.

Groundsman: What’s the most extraordinary thing you’ve witnessed at one of the 92 grounds?
Brett: I’ve experienced a few pitch invasions down the years but nothing that extraordinary!!!

Groundsman: Having played and scored in all four of the top divisions how many of the current 92 grounds have you played at?
Brett: Off the top my head I think I’ve played in most of the grounds, I can’t really think of any I haven’t whether it be in the league, cup or friendly games!!

Groundsman: It’s great to see you on the scoresheet already this season! What are your plans for the future both on and off the pitch?
Brett: I’m going to retire at the end of the season but after that I’m still not sure yet…