Posh fan Josh continued his build up to the 2017/18 season at London Road as Ipswich were in Town. Fresh from a trip to the bright lights of the capital Josh shares his thoughts on the game and the ground…

I made the visit to my home-town club Peterborough United as they continued their preparations for the new season. It was just my second visit to the hallow London Road turf since April, and with new additions arriving in abundance, there was plenty to be excited about.

The ABAX can offer one of the best playing surfaces in the division, with the new state of the art pitch with underground heating reducing the affect the weather has. Despite the slow tempo of the match, there was plenty of free-flowing football on show.

The visitors Ipswich Town brought around 300 supporters into the corner of the North Stand, generating an excellent atmosphere at their first official friendly of the season.

I made myself comfy in the press box for just the second time at Queen’s Park Rangers on Saturday, but would have to be content viewing from the South Stand tonight. 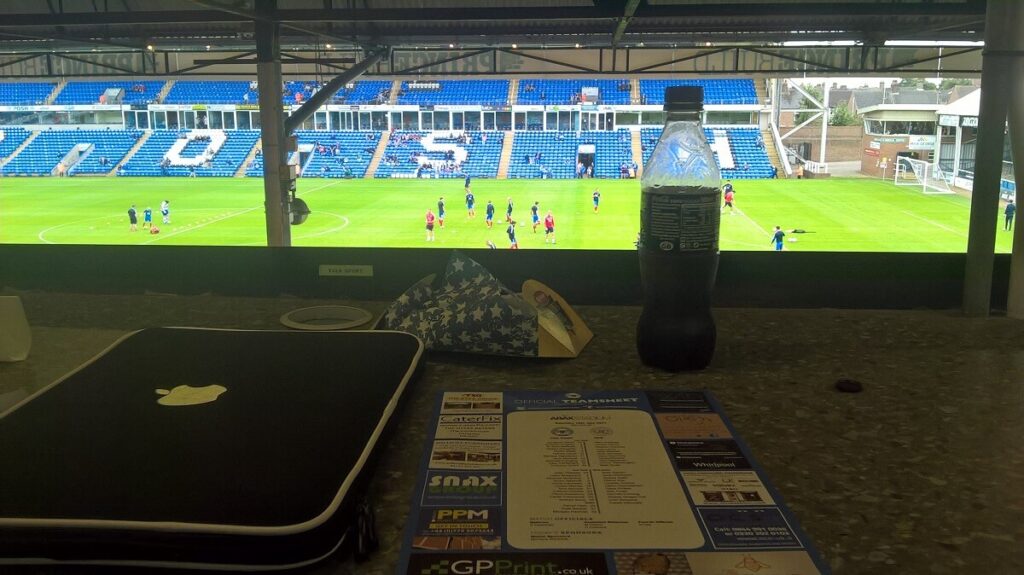 The view from the Press Box at the previous game

The ABAX Stadium is an enjoyable place for home supporters to congregate every fortnight, although it is a much different experience for visiting fans. Despite not experiencing life as a visiting fan in Peterborough, I imagine, the restricted view from the lower reaches of the North stand makes it a fairly poor view.

The Town faithful were crammed into a small corner of the ground and had little freedom to interact with Posh fans during their visit. At £10 for adults it is a more than competitive price for two hours of football, although this does rise to £26 during the regular season. 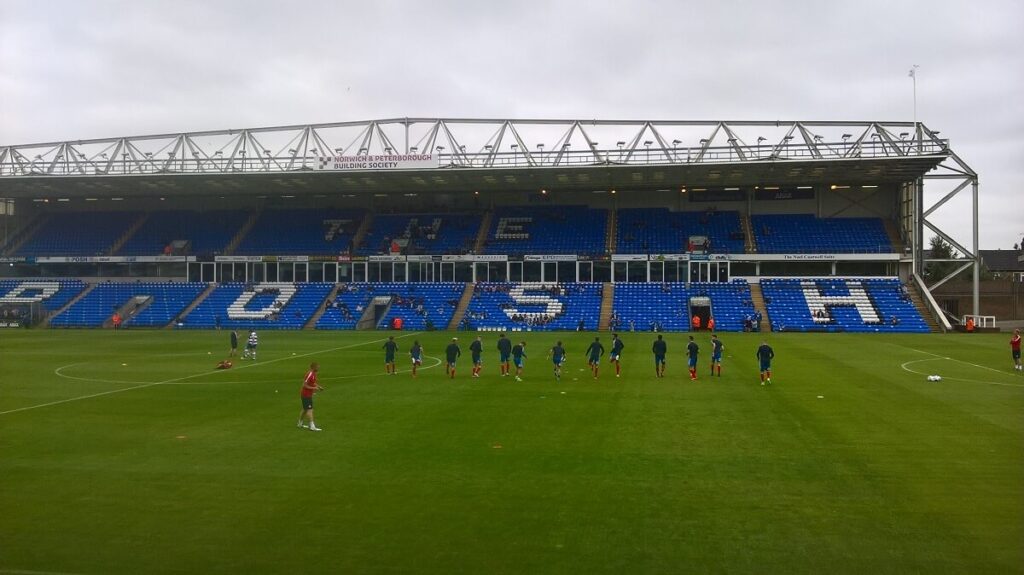 The Posh, who were defeated 4-2 by QPR on Saturday, went into the match in search of their first win over Football League opposition this season. They were quick out of the blocks with Jack Marriott steering in from six yards following excellent wing-play from Gwion Edwards.

With 47 minutes played, Garner would double his tally after some calamitous defending from the Posh. A scuffed goal kick from Bond would find its way to Celina, who exchanged passes with Garner, opening up the space for Garner to fire home his second. 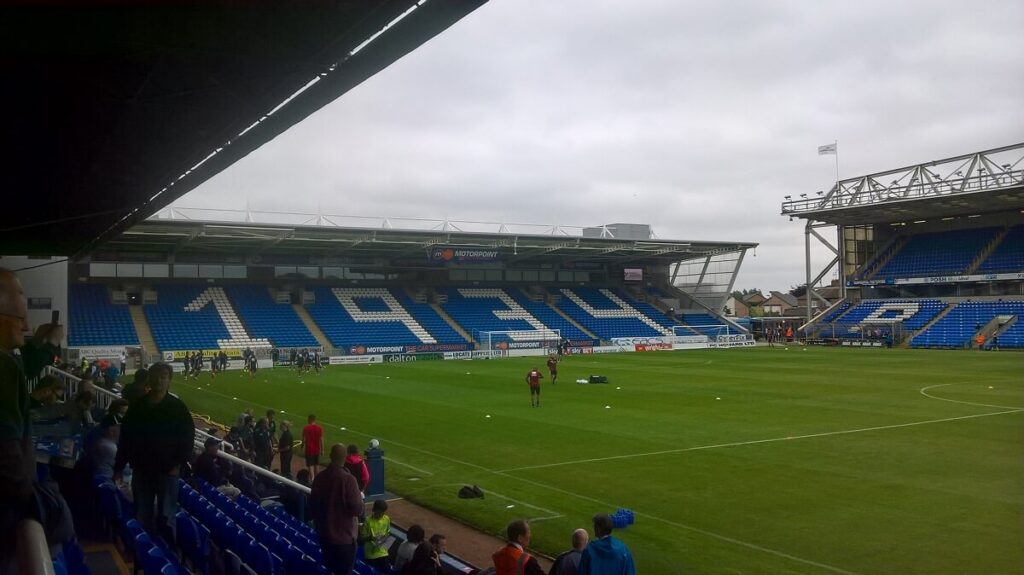 From then on it would be plain sailing for Ipswich. Freddie Sears failing to add a fourth after the ball was once again given away by the boys in blue. An Ipswich side that has made little movement in the transfer market looked very sharp in what was your average friendly encounter. Posh will need to get their act together to gain some momentum ahead of their opening league fixture against Plymouth Argyle on 5 August.

If like Josh you fancy blogging about your experiences doing the 92 league grounds drop us a tweet to @the92dotnet.