It was 1 down 2 to go for blogger Tim Dove this weekend. As he closes in on the magical 92 mark Tim made the journey to the Hive Stadium, the new home of Barnet FC.

Thoughts on the ground:
I’d previously been to Barnet when they played at Underhill in 1999 but following their promotion as Champions from the now National League, this was an early opportunity to visit “The Hive”.

Barnet FC moved to this purpose built stadium and training complex in 2013. The stadium itself can be found within a relatively large park area, and behind the largest stand of the stadium the London Underground Jubilee line runs on a raised embankment. If you are travelling to the ground heading southwards through the park then the sight of the Wembley Arch is visible in the distance behind “The Hive”. 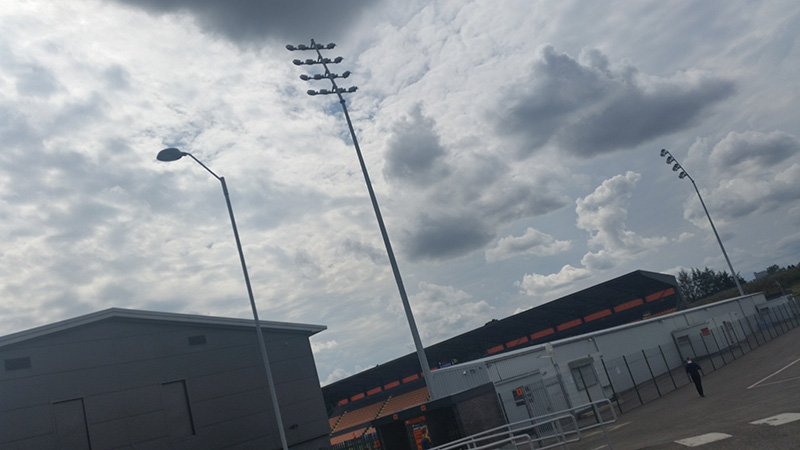 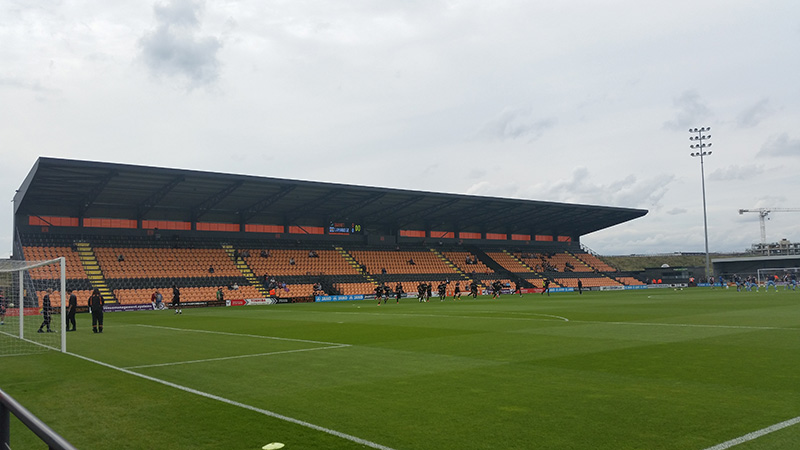 On one side of the ground is the West Stand which is the largest at the ground. It is a covered, all seated single tiered stand and has no supporting pillars to spoil the view. It seats just under 2,700 fans. There is an electronic scoreboard at the back of the West Stand. The Underground line passes behind this stand. On the opposite side of the ground is the East Stand and this too has an electronic scoreboard. This is a small and unusual stand which has approximately 750 seats – there are only six rows of seating and a roof has been extended to partially overhang these seats. At the back of these seats is just a black wall which is essentially the back of the buildings that accommodate the other functions available at The Hive. These are typical of contemporary ground developments which seek to provide wider facilities and generate non-matchday income: Club Shop; Bar; Gym; Conference & Banqueting facilities.

Both the North and South end of The Hive are small identical terraces, which are only a few rows high and are fully covered. The stadium is completed with a set of unusual yet basic floodlights. 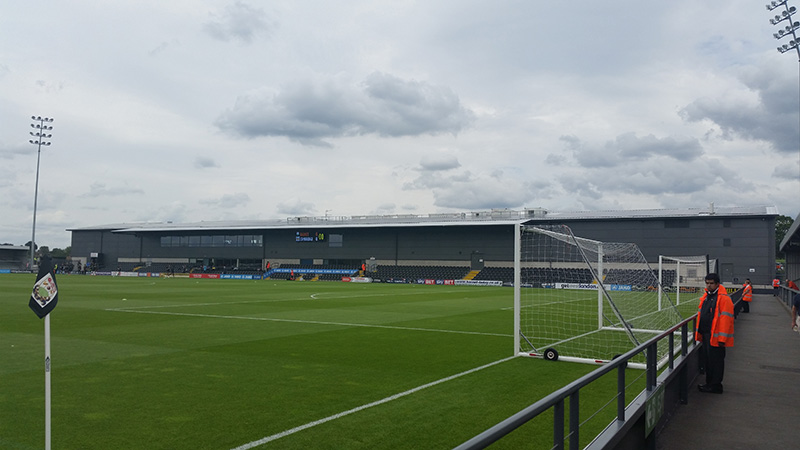 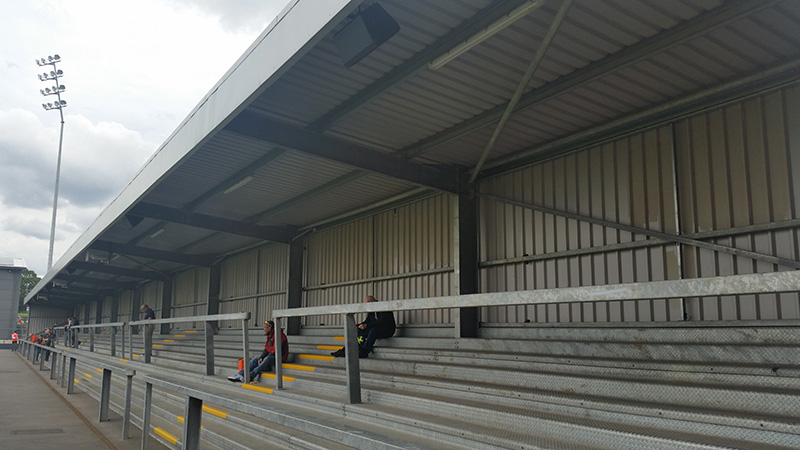 Thoughts on the game:
Barnet hit the woodwork twice but had to settle for a goalless draw against Cambridge United at The Hive.
The visitors had a fourth minute penalty appeal turned down after the referee adjudged Dembele to head onto his arm rather than his hand.

Weston hit the bar after Gash’s header was cleared off the line on eleven minutes. A 34th minute corner was headed goalwards by Dembele, but his effort cannoned off the underside of the bar and was cleared to safety.

Following a quiet start to the second half, Barnet sprung to life just after the hour mark.
In the 64th minute Barnet substitute Gambin picked up the ball on the left wing before shooting over the bar.

Gash then had his header cleared off the line on 73 minutes, following a Gambin corner from the right.
In the 88th Minute Cambridge’s Blyth fired a looping shot just wide of Barnet goalkeeper Stephens’ right hand post.

A strong second half showing from Barnet wasn’t enough to break the deadlock in an energetic and high tempo match against a resilient Cambridge United side.

Atmosphere 2.5/5: Vocal travelling support under a low roof; plenty of shouts from home supporting individuals but not many home chants.

Location 3.5/5: Within walking distance of the tube line, street parking all around the ground if you arrive early enough.

Value for money 3/5: A goalless game at an average league 2 standard match.

Character 2/5: A modern day ground built with being multi-purpose in mind. Pragmatic and understandable, but lacking in character.

Stewarding 3/5: Plenty around but not noticed during game.

Overall 2.5/5: No goals and not much home atmosphere to enjoy. However, both sides fully committed to a win and a reasonable number of chances.