Based on research surrounding the overall fan experience, and after collecting data from both home and away supporters throughout the Premier League, Liverpool’s Anfield Stadium has come out on top as the number one ranked team in the Premier League for the 2015/16 campaign. The award was presented to the club by VisitFootball as part of their Assures Stadium Assessment Scheme, and will undoubtedly please those within the club who have worked so hard on the latest redevelopments within the famous ground. As well as this, it was a double success for Liverpool, with the club also being handed top spot for accessibility, which concentrates on disabled services. The win in this area was Liverpool’s fourth straight triumph. 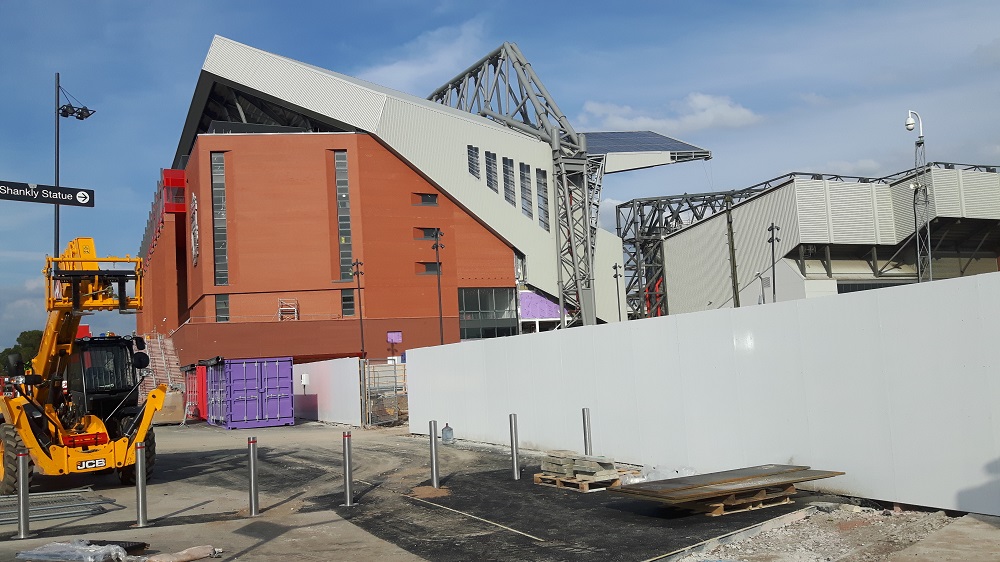 Despite their disappointing finish in the Premier League standings last time around, the club will be hoping that the latest redevelopments to the stadium will help performances on the field. With the capacity at Anfield now having increased to 54,000, making it the fifth largest in the English top flight, Liverpool marked their first home game of the season in style, with a 4-1 victory over champions Leicester City. Bookmakers Betway still regard Liverpool as outsiders for the Premier League title this season, however having overcome the likes of rivals Manchester United and Arsenal to win their latest off-field award, supporters will be hoping that this transfers to matters on the field. You can back them at 11/2 to win a first league title since 1990.

Liverpool’s Operations Director Andrew Parkinson was clearly delighted with the club’s latest awards, stating: “We are absolutely delighted with the result. The experience fans receive when they visit Anfield is truly unique and leaves a lasting memory about this great club.”

An increased capacity of over 8,000 from last season will unquestionably only improve the unique atmosphere inside Anfield, with future plans to add a further 4,000 seats firmly in place, potentially taking the capacity to 58,000. Liverpool will be hoping that such support can help them recreate some of the most famous European nights on Merseyside, with Betway offering odds of just ½ for the club to return to the Champions League next year.

Have you made the trip to the home of Liverpool? If yes, you can tick Anfield off your 92 checklist or if not plan your trip there: