After what seems like years of rumours Liverpool have finally got some firm approved plans in place to expand Anfield. From memory speculation on the future of the Reds ground has come and gone over the years including talk of ground sharing with local rivals Everton in a combined new build. But now the club and the fans have a clear direction as they press forward with the development of their spiritual home.

This week Liverpool City Council have given the green light to start work on plans that will increase the capacity of the stadium to around sixty thousand at a cost of around £100 million. The capacity of the main stand will increase by roughly 60%, as will the Anfield Road end with the former also including a host of new executive facilities along with an improved club mega store. The memorial to the fans that lost their lives in the Hillsborough disaster will be moved to a new memorial garden. 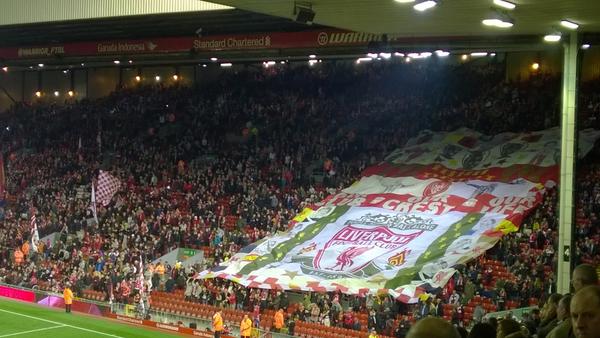 Thanks to @jamie_bourn for the pic

The idea has always been in the back of the clubs mind, with various housing next to the stadium being bought up by the club over the years. The stadium is at the centre of a wider revitalisation of the local area, which despite some local opposition will begin early 2015 with the view of being completed for kick off of the 16/17 season.

Have you been to Anfield doing the 92? If you have please take a second to rate / slate and review your experience here or if you’re thinking of ticking the famous ground off your 92 head to our away day planner here.