Clinging to the Wembley dream Gillingham fan Michael Pilcher travelled to the West County as the Gills looked to over turn a 4-2 first leg southern final defeat against high flying Bristol City in the Johnstone’s Paint Trophy.

After the Gills won through to the JPT area final – I can’t remember us getting that far before – and knew we were facing Bristol City, it was an ideal opportunity to tick off Ashton Gate on the cheap (JPT tickets are always cheap). The game was moved from a Tuesday to a Thursday for Sky, but rather than opting for the armchair I was taking some time off work for this one. After over two months away from the 92 trail, it was time to get back on it.

I missed out on the first leg at Priestfield, when Matt Smith scored four times to give City a 4-2 aggregate lead, but in a way it made the second leg more appealing; we were heading the Bristol with nothing to lose. The supporters coach represented the cheapest travel option, and probably safer than driving with snow forecast both ends. 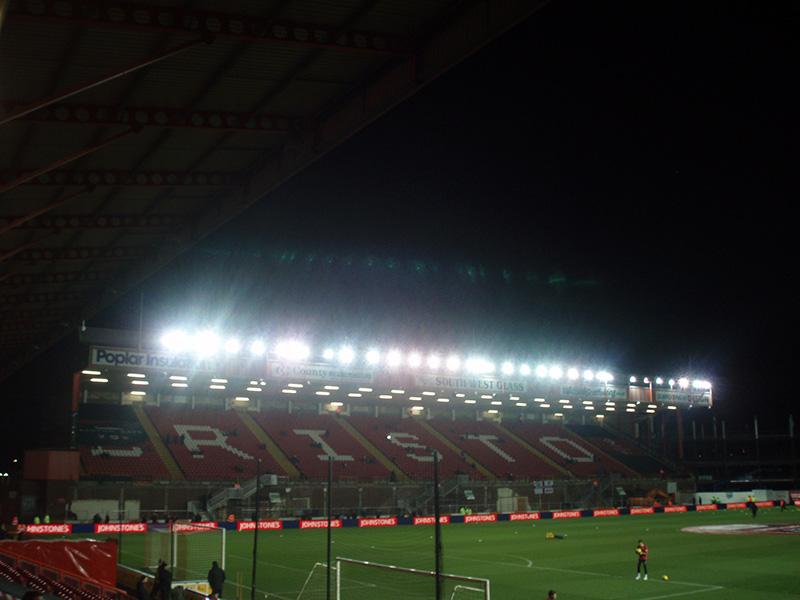 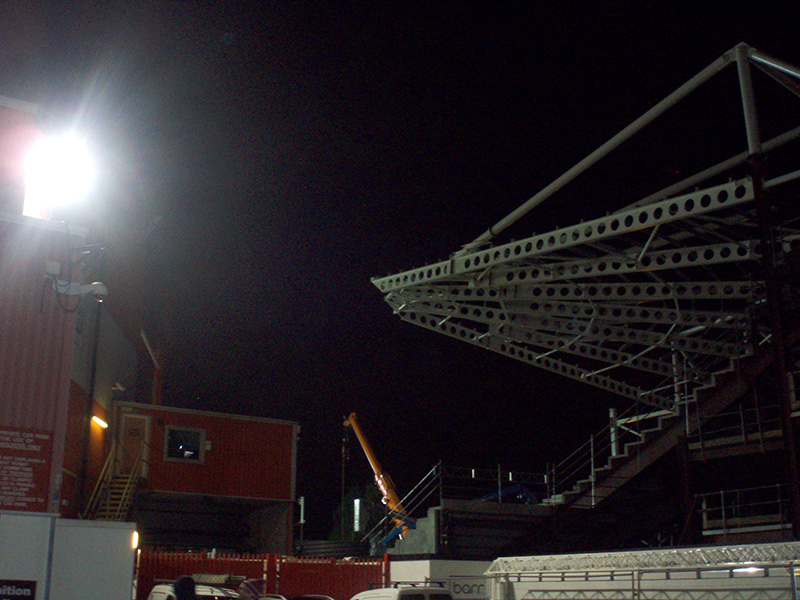 The problem with getting the coach is you don’t always get time to sample what is around the ground. Despite setting off from Medway at 2pm it was close to 7pm by the time we got to the ground, greeted with a Halfords and a building site that is the new City stand. Not a great first impression, but once inside the ground was nice enough. I noticed something was a bit different, and eventually realised it was a lack of floodlight pylons, with lights mounted onto the stand roofs.

With City at the top of League One and Gills struggling at the opposite end, plus the fact City have already beaten Gills three times at Priestfield this season, the odds were stacked massively in the home sides favour. Both sides started well, with Gills showing some encouraging signs. But – who else – it was that man Smith making the difference again a quarter of an hour in – header, off the bar, first to the rebound, another header, 1-0. That’s seven in three games for him against Gillingham, it’s fair to say we’re sick of the sight of him.

In previous weeks that would have led to the Gills crumbling or deciding to ‘take’ the 1-0 and sit back, but with Peter Taylor no longer in charge the perpetual negativity has gone with him. The goal actually led to Gills taking the game to City, keeping possession well and looking devoid of the nervousness that has hampered them throughout the season. It was a fantastic little move that led to the in-form Jermaine McGlashan equalising: a Cody McDonald backheel, a perfectly-weighted Bradley Dack throughball, ‘The Flash’ racing through and a lovely little dink. 1-1. 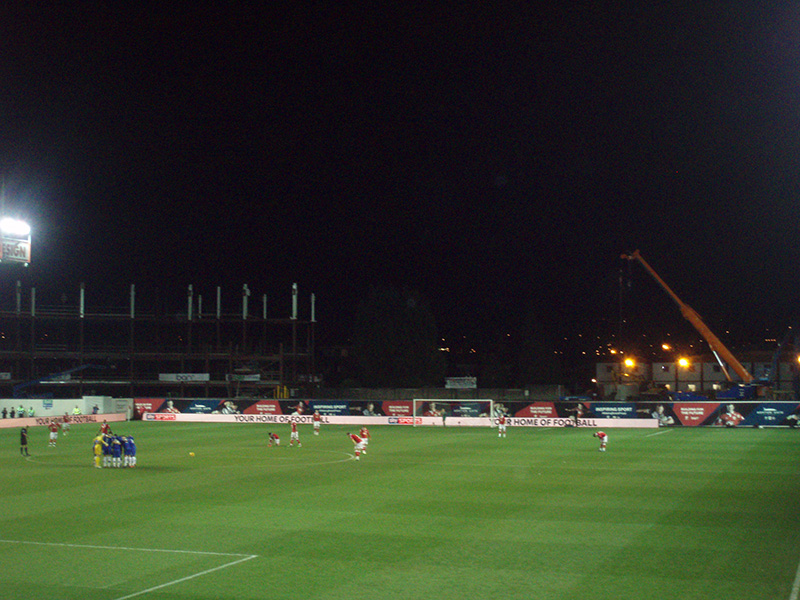 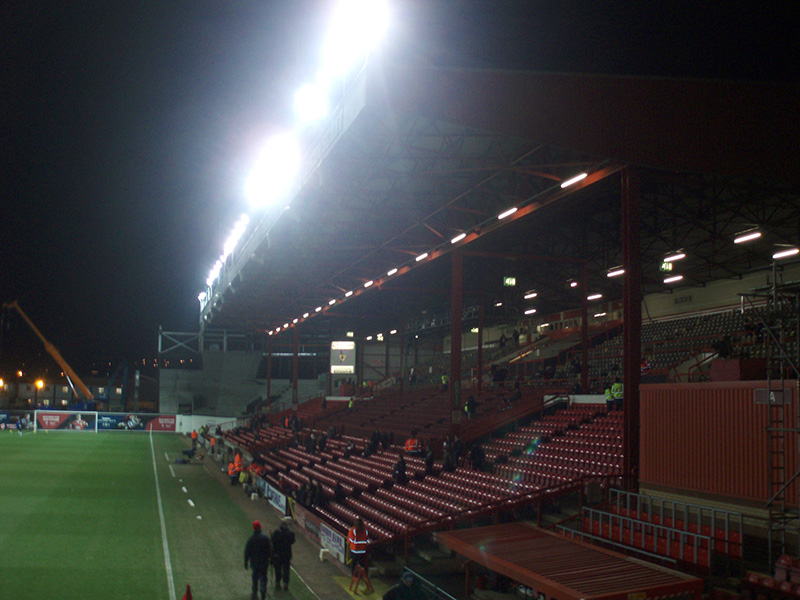 Then followed a decent spell of Gills pressure, especially at the start of the second half. McGlashan and Doug Loft both saw decent shots well saved by Frank Fielding, Josh Pritchard shot wide, but a couple of times Gills made the wrong decision when there were team-mates in better positions. All wasn’t lost after all, the Gills giving a good account of themselves in front of the cameras. 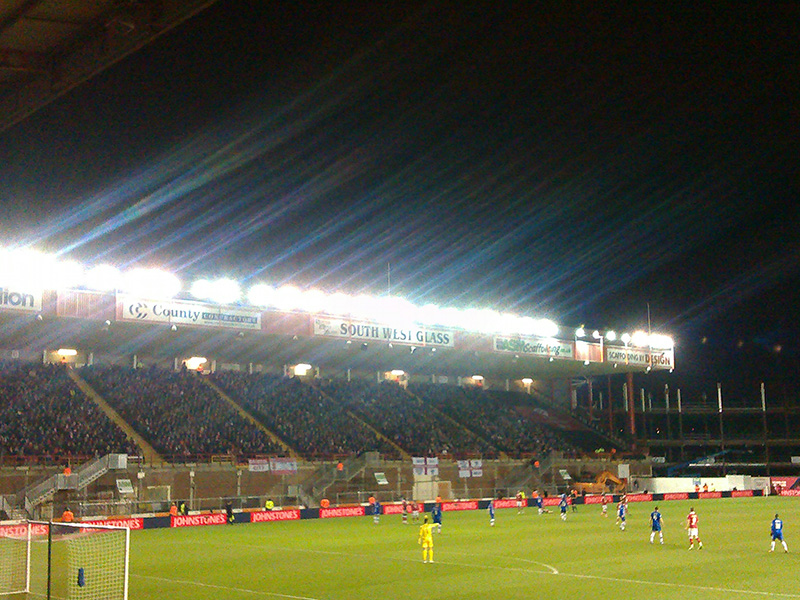 In the end City were on top, buoyed on as the home crowd settled and started singing about Wembley. Jay Emmanuel-Thomas fired against the post, Smith went close again, and Gills keeper Stuart Nelson was forced in a couple of good saves. City saw out the 6 minutes injury time comfortably enough and can put a Wembley date against Walsall to put into their calendars. 1-1 on the night; on aggregate, Matt Smith 5 Gillingham 3. Sadly for him & City his emergency loan can’t be extended and he’ll miss out on Wembley, but they’ve been in such good form you wonder if he’ll be missed. Good luck to City in the Final.

Atmosphere 4/5: The home end was quiet in the first half, a little nervous despite having a strong lead, but woke up in the second. Some great chant sparring between both sets of fans, and a great effort from the self-deprecating Gills fans for a midweek JPT game. “We’re gonna win 4-1”, always the optimists…!

Location 4/5: Nearby are a KFC for the hungry and a few pubs (and a Halfords next door if you’ve got some urgent car maintenance requirements). I didn’t get to see what was further afield, but having done Rovers last season, I can highly recommend Bristol for a weekend.

Value for money 5/5: £10 seemed reasonable enough for a JPT Area Final with a Wembley place at stake, both teams fielding full-strength sides. 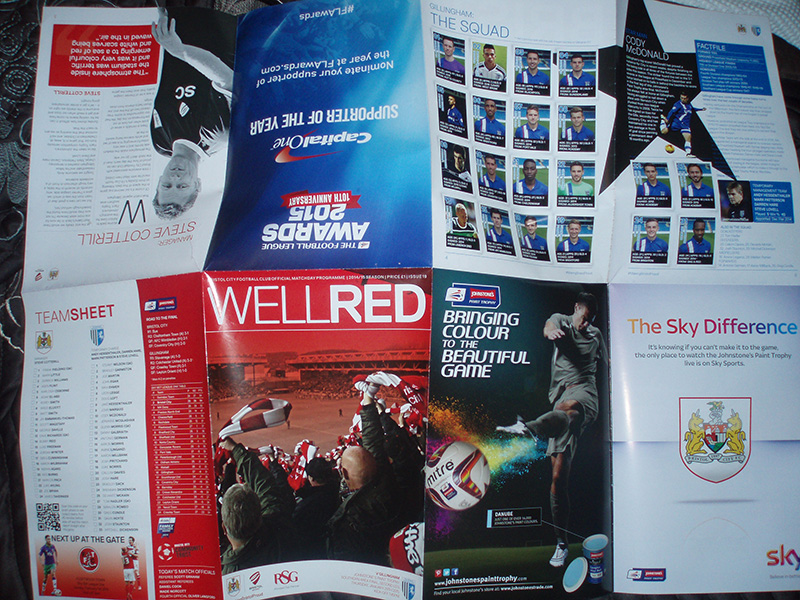 Programme 0.5/5: Really poor effort (pictured). I know it’s ‘only’ the JPT, but £1 for a folded up A3 poster rather than a proper programme? A Bristol City’s results wallchart on one side, on the other team sheets, some Gills stats and three adverts.

Stewarding 5/5: No complaints. Friendly and not heavy handed.

Character 3/5: With one stand a building site, the remaining stands had a uniform, 80s feel with no real distinctive features.

Overall 3.5/5: An enjoyable evening out; great atmosphere and an entertaining game. Getting home at 3am was worth it after seeing Gillingham put in their best performance in recent memory.