With a break from Premiership and Championship football coupled with the new spread out format on international fixtures to maximise TV revenues and exposure the usual Saturday packed full of Football was looking rather sparse. Step forward Non League Day, set up in 2010 it has grown to be an extremely popular nationwide event that gives clubs at the grassroots of English Football a real platform. Seeing as my local team Long Eaton United of the Midlands Football League Premier were at home I decided to make the short trip to Grange Park that i’d been meaning to make for a few years.

I hadn’t been to game beneath the Conference since my old man took me to Wimborne Town in the mid-nineties. From what i remember Long Eaton United’s ground Grange Park is quite similar to that of the Magpies. The ground has a tidy main stand named the ‘Big Jim’ Stand, opposite to which is a smaller older stand, housing the ‘directors box’, the majority of the rest of the perimeter is standing behind the rails. The club house seems fairly new and from the looks of things the Blues have a brand spanking new turnstile. 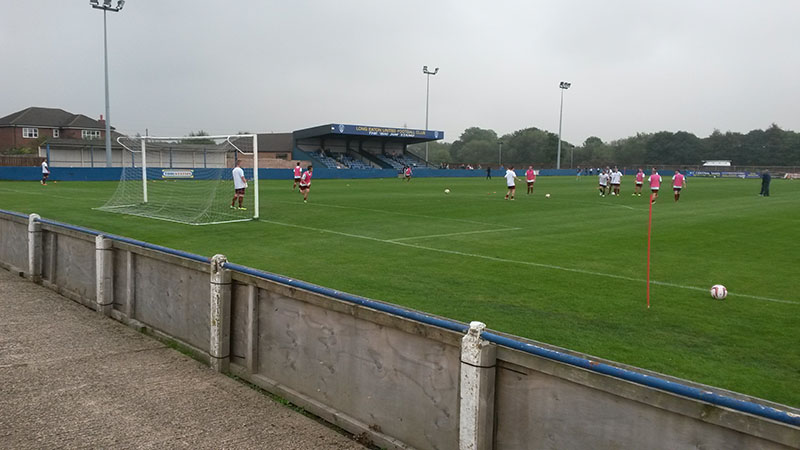 The game itself was Long Eaton United v Arnold Town in the FA Vase. The match started as a bit of a cagey affair, there weren’t many clear cut chances before half time as both sides sized each other up. The away side, a step below Long Eaton in the football pyramid, had the best chance of the half just before the break as striker Craig Meakin broke through and got to ball before home keeper Josh O’Brien but poked the ball just wide.

The home side looked a different team after the break and took the lead on 51. The Arnold Town right back almost headed a cross into his own net – however from the resulting corner Blues centre half Adam Burton powered a towering header in giving the keeper no chance. Seven minutes later the lead was doubled, half time sub Cooper-Richards, sprung the offside trap and raced through to dink over the advancing keeper.

Arnold looked stunned and despite pushing to get back into the game could only muster a couple of half chances as the home side looked to close the tie out. As the clock ticked into injury time tricky winger Blair Anderson who had earlier headed narrowly over and was playing as a lone front man got hold of the ball and ran at the Arnold defence – his pace was too much as he burst through the middle, held off his man and cooly slotted past the away keeper to put the icing on the cake. 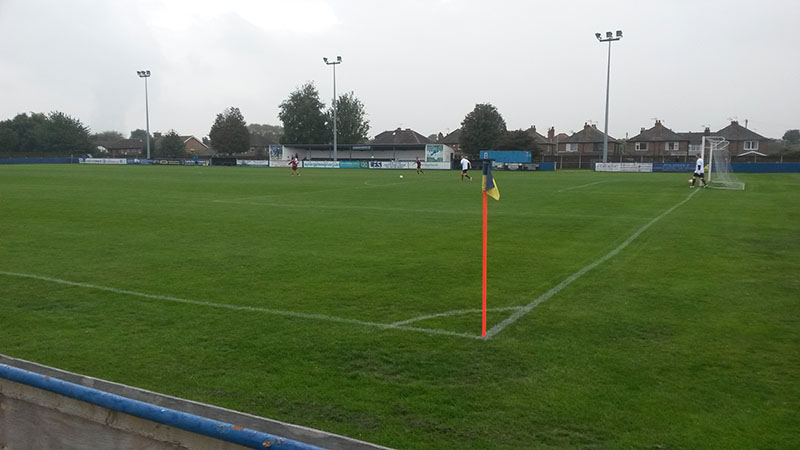 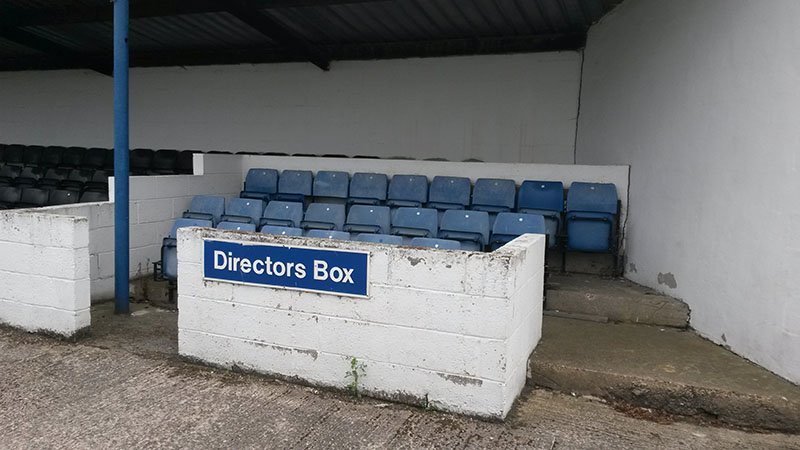 As per our reviews I thought i’d put Grange Park through our usual the92.net rating criteria:

Atmosphere 3/5: Bit of a difficult one to judge due to the numbers, but there was some good noise at the right times. An attendance of 119 compared to the usual 65-75 is great for the club. I for one know this won’t be my only trip to Grange Park. 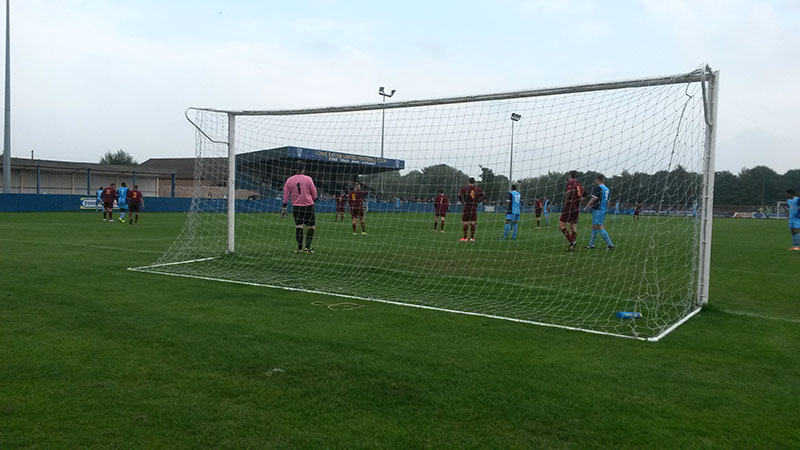 Location 4/5: A few minutes walk from the town centre, easy to get to, plenty of parking.

Value for money 4.5/5: A fiver to get, £1.50 for a programme, a quid for the half time draw, a pound for a brew and 70p for a Twix, says it all really. Entertaining afternoon and change from a tenner, can’t complain!

Pie Rating n/a: Didn’t sample the food my myself, not sure if they do pies, but the burgers and bacon rolls coming out of the hatch looked decent.

Pint Rating n/a: Again i didn’t sample, but the club house was open, so unlike any ground i’ve been to before you’ve got the range of a full bar to choose from.

Overall 4/5: Enjoyed my first visit to Grange Park. Good value for money and entertainment on my doorstep.

I would thoroughly recommend that if you haven’t already, give your local club a visit. Long Eaton United face Lincoln Moorlands Railway F.C. in the second qualifying round of the FA Vase on 4th October and all being well i’ll be there! You can find out more about Non League Day on their website www.nonleagueday.co.uk