Coventry city’s recent relocation back home meant a late change of destination for Yeovil fans. Ollie Marsh, part of the Glovers travelling support made the trip to the Ricoh Arena and reports back.

Thoughts on the ground:
I travelled to the Ricoh Arena as part of Yeovil’s travelling supporters, with Yeovil being the second opponents since Coventry City’s return. I missed the Glovers’ last match at the Ricoh Arena and didn’t think I would get another chance, however the news of the Sky Blues’ return made this away game a no-brainer. The stadium didn’t disappoint after we got there, and it’s clear to see why the Coventry fans were so keen to move back; the Ricoh is a modern and almost gargantuan stadium by League One standards. Despite some similar stadiums can seem like soulless bowls, the Ricoh somehow still has plenty of character. 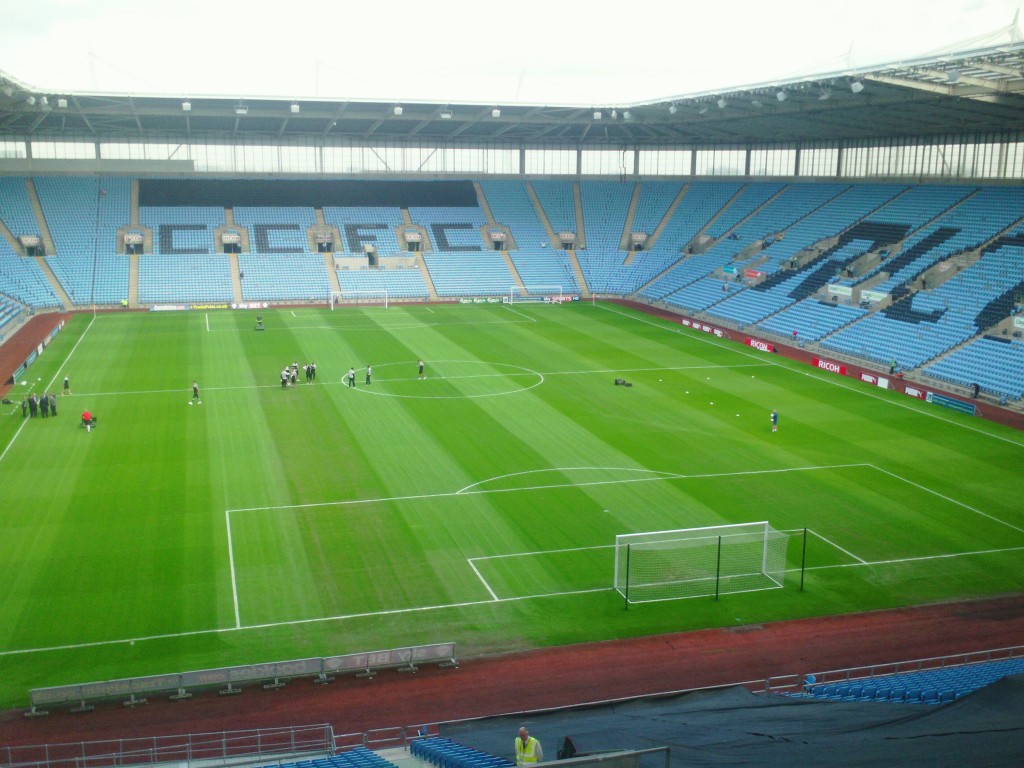 The Glovers were given one half of the South Stand, but I would guess that you would be able to have a good view from pretty much any seat in the ground due to the height of the ground. Indeed, I risked nosebleeds and low-oxygen levels by standing right at the top of the stadium and was able to get the whole of the pitch in view on my camera; something I’m not able to do a lot at fellow League One stadiums!

Thoughts on the game:
The two teams went into the game in good form, but it was City who opened the scoring inside 10 minutes, through Reda Johnson from a corner. Yeovil looked good in glimpses and hit the bar before equalising after the break through Sam Foley. Unfortunately, the Sky Blues won the game with a goal from Simeon Jackson, who got onto a rebound after Chris Weale parried. Despite the result not being what we wanted, the stadium and overall occasion made up for it. 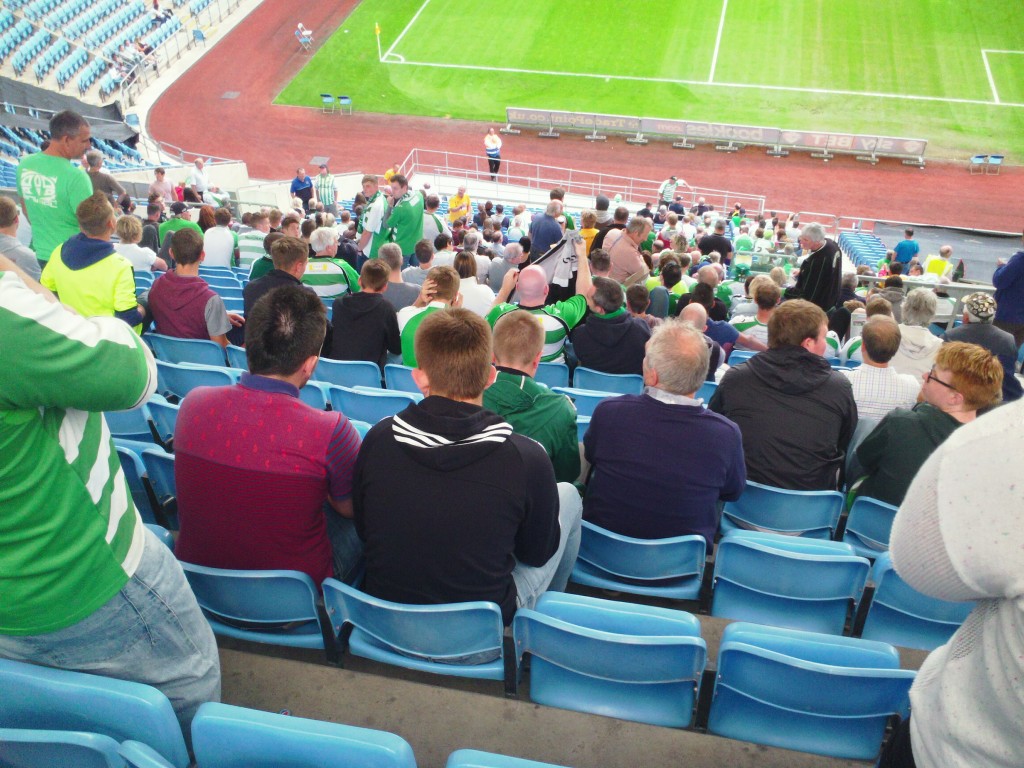 Atmosphere 4/5: Although the attendance was only 11,000 – there won’t be many occasions when the Ricoh is more than half-full – the signing almost resonated around, creating a lot of noise from both fans.

Location 4/5: Not very close to the town centre but extremely easy to get to (especially when you travel via the supporters coach like me!).

Value for money 4/5: You really can’t complain when you get to go to a stadium like the Ricoh Arena for just £22.

Pie Rating 3/5: Nothing special in comparison to other teams in either price or taste.

Programme 3/5: Again, just a standard magazine. However, you have to give the club credit for including a large commemorative poster of Coventry’s return to the Ricoh against Gillingham last week for free; a nice touch for the home fans.

Thanks to Ollie for sharing his experience ticking the Ricoh Arena off his 92. You can follow Ollie on Twitter @ollie_marsh. Have you been to the Ricoh Arena? Rate / slate and review your experience here or if you’re going soon plan your visit here.