Have you ever wanted to grace the turf at your teams ground alongside one of your heroes? Well thanks to ‘Play With a Legend’ now you can! With an increasing number of events up and down the 92 there could be the opportunity for you to realise a childhood dream. We caught up with Lucas from ‘Play With A Legend’ to find out more.

Groundsman: We love the concept of ‘Play With a Legend’ – how did the idea come about?

Lucas: Co-founders Josh Landy and Perry Groves worked together in TV Sports Production and teamed up to organise for Nigel Winterburn to play at Josh’s best friend’s stag do. After that, Josh and Perry realised that there was probably a business in organising similar events and connecting former professional footballers and the general public. That was three years ago, and the company has now evolved so that we still host events like our very first stag do and also a range of birthday, corporate and charity events. We also work as an agency for the ex-pros – securing them commercial work across a range of industries. Recently we have branched out into cricket, and have a sister company called ‘Bake With A Legend’, where you can bake with former Great British Bake Off contestants!

Groundsman: At which ground did you hold your first event?

Lucas: Our first Stadium Event – where fans can play on the pitch with club legends – was held at Carrow Road in 2014. Darren Eadie and Darren Huckerby were captains and the day was so well received that we’ve consequently gone on to organise 15 further Stadium Events across the country, and have seven more in May and June this year.

Groundsman: How many of the 92 grounds have you held events at? 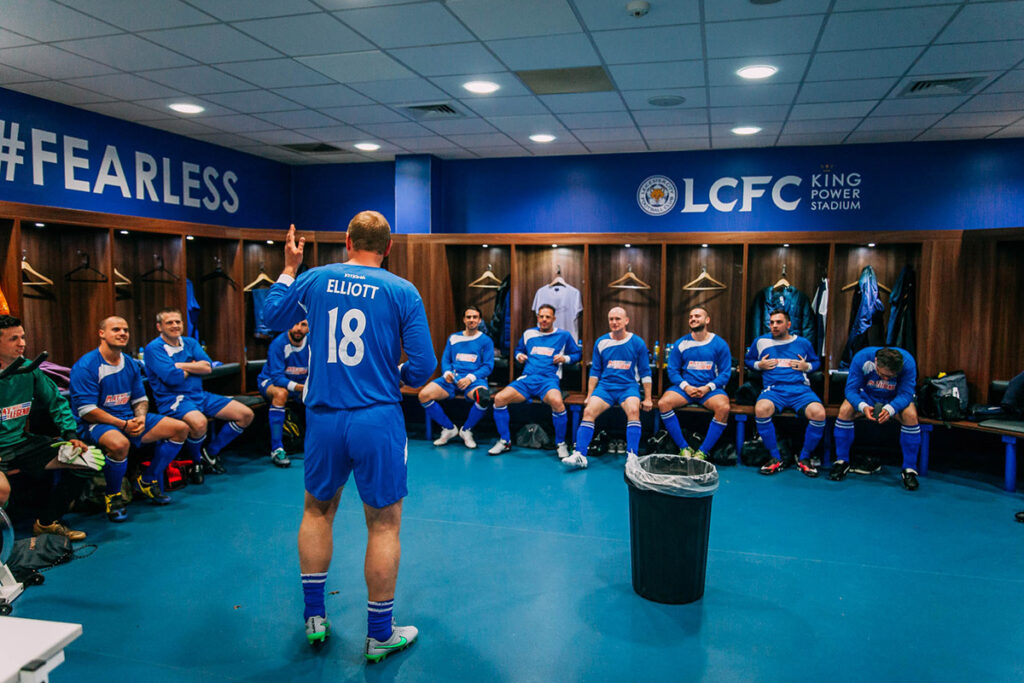 Groundsman: What can fans expect from a day at their teams ground?

Lucas: It starts with dressing room access and your own personalised kit, which you get to keep. Once changed, fans head for a warm up, led by the legend who captains and manages their team. You’ll walk out of the tunnel – we’ve got professional photographers to capture the whole day – and enjoy either 45 or 90 minutes of game time on the pitch at your club!

Post-match, all fans get to enjoy a drink with the legends, and have a chance to socialise with them during an awards ceremony. They really are great days. If you want to see in more detail, what the day involves and what previous participants have thought, you can watch our video:

Groundsman: What have been the highlights of the events you’ve held so far?

Lucas: It would probably be the fact that we get so many people who play in our first event at each stadium, and then return each year after that. We love being able to give fans the chance to meet their childhood heroes, and giving them the chance to play together is even better! We get to travel the country, visiting different football grounds, and help fans to get as close as possible to living out their dream of playing for their club – we definitely have the best job in the world! We actually had two different Wolves fans get engaged on the pitch at Molineux last year so that was very special! 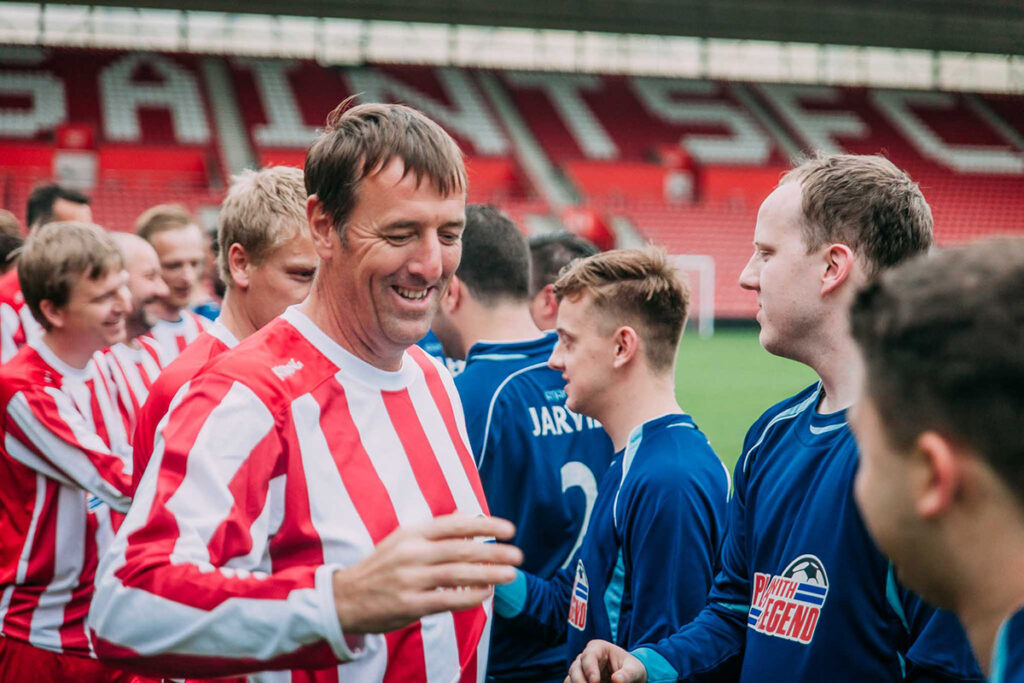 Groundsman: What are your future plans for ‘Play With A Legend’?

Lucas: We’ve got a big year ahead. In the immediate future, we have our Stadium Days in May and June. Once we hit June, we’ll be hosting regular stag and birthday events, and working on some large commercial projects with our legends. In particular, one exciting project is the Non-League Challenge where we’ve arranged a team of legends for Marathon Bet, who will face Corby Town having won a competition. The likes of Emile Heskey, Sol Campbell, Danny Murphy, Chris Waddle and Eidur Gudjohnsen are all playing so it’ll be a brilliant day.

Long-term, we’re looking at branching out into other sports, beyond football and cricket. We’re keen to keep growing and give as many people as possible the chance to play with their heroes. It’s fair to say the connection between fans and footballers today isn’t quite what it was, so we love being able to arrange memorable special events connecting fans with their heroes… hopefully all the 5* reviews we’ve had show that our clients agree! 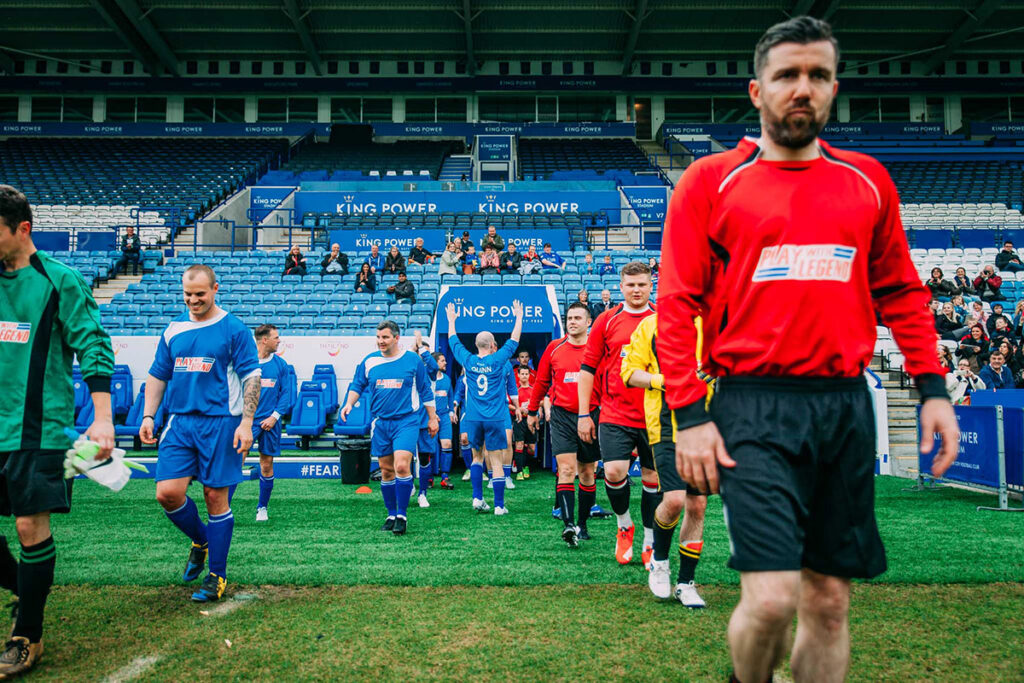 Groundsman: What grounds have you got in the pipeline and how can fans get involved?

Lucas: Our upcoming Stadium events are:

The Valley, Charlton (with Matt Holland and Kevin Lisbie) – 14th May

Molineux, Wolves (with Matt Murray and Lee Naylor) – 18th May

Fans can go to the website to see availability and make bookings, or they can contact us by calling the office on 0208 202 676 or dropping us an email to bookings@playwithalegend.com. Places are limited and selling fast so we’d advise getting in touch as soon as possible to avoid missing out.