With time ticking on Griffin Park’s place in the 92 blogger and the92.net co-founder Pete made a long awaiting trip to the capital…

Reaching the later stages of doing the 92 and looking at the grounds I had left there were a number of grounds to make a call over…is it worth ticking them off if they’re going to be replaced within a year or 2? With Griffin Park it was a no brainer.

All being well Brentford will be playing at their new home at Lionel Road in the 19/20 season. Instead of waiting for time to tick away I wanted to make sure I didn’t miss out on the delights Griffin Park has to offer. It has all the ingredients of a classic ground; built in the houses, big floodlight pylons and terracing. What more could a fan want. 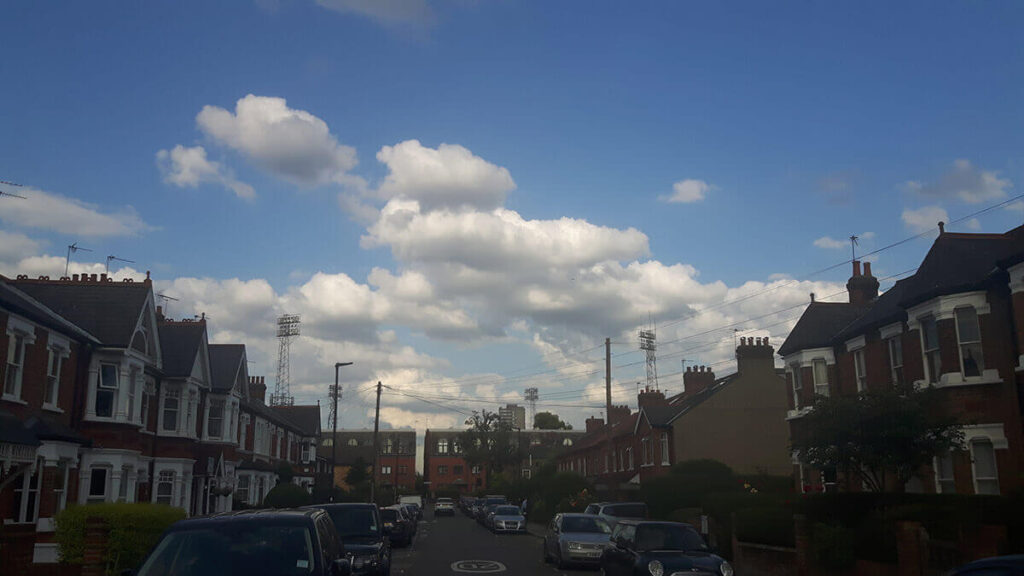 There in a breeze

Travelling to the game with my old man we drove from the South up to Staines train station. Off peak parking at the station was £2, from here it was a short 20-minute journey to Brentford station at a cost of £5.80 return.

Griffin Park is renowned for having a pub on every corner, in recent years this had fallen to 3 as The Royal Oak has been closed. However now it’s back up to the full complement of 4, which was a pleasure to see. It was great walking around the ground soaking up the atmosphere in the evening sunshine as the pubs filled up and peering through gaps in the houses to see parts of the ground or the towering traditional floodlight pylons. Many a photo in the bag we popped down the road to the Albany fish bar before heading back to The Princess Royal for a couple of pints. 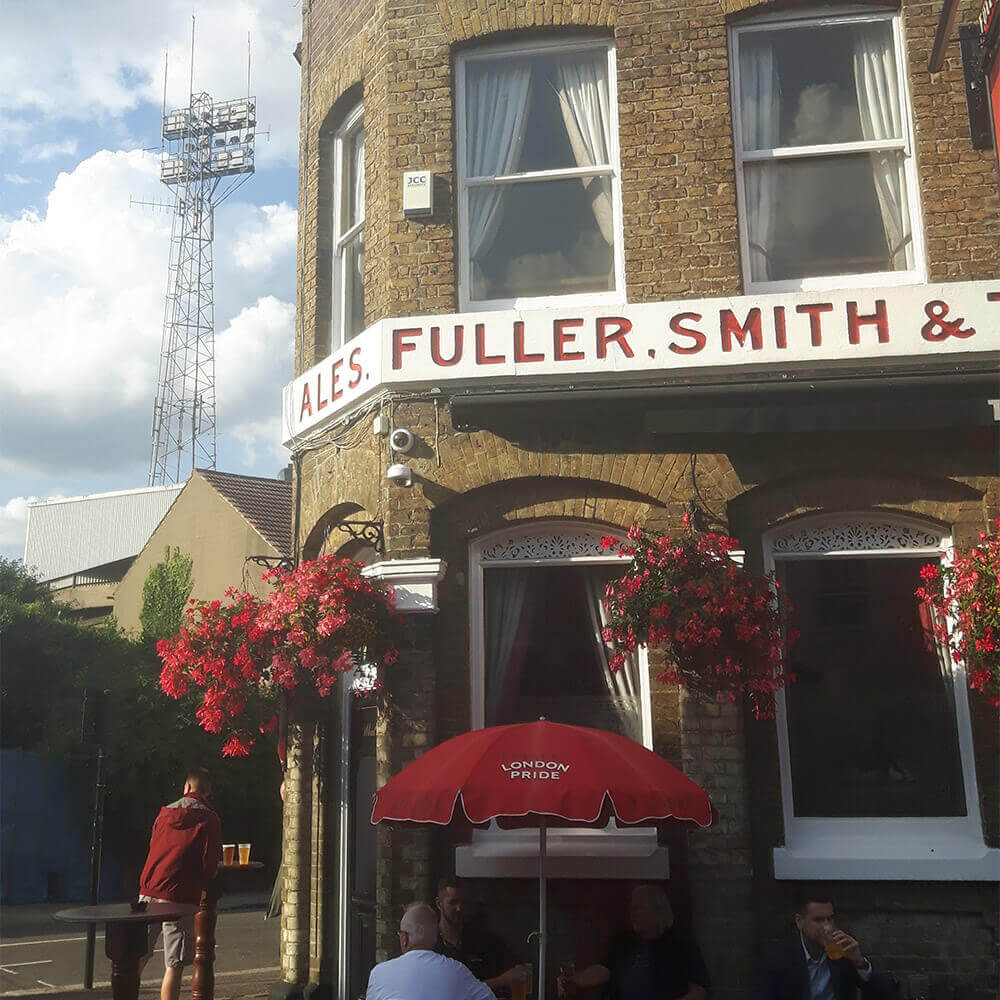 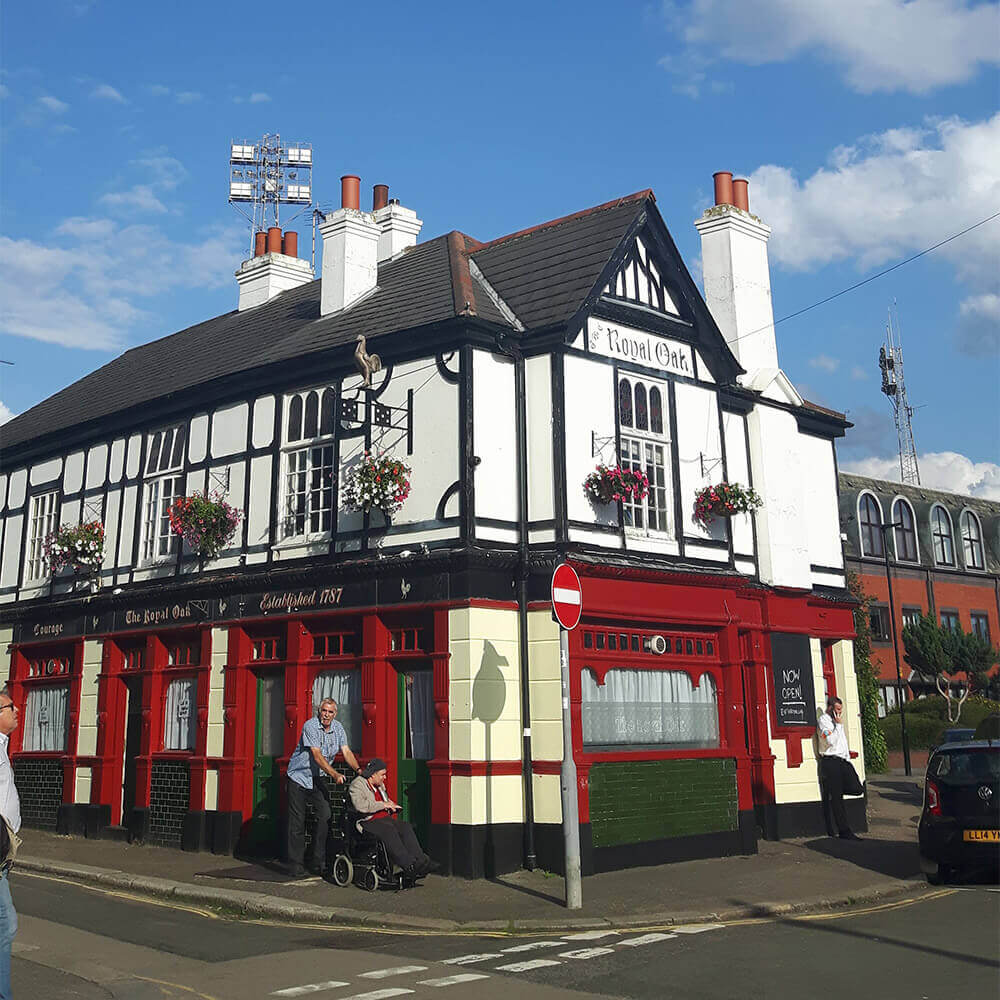 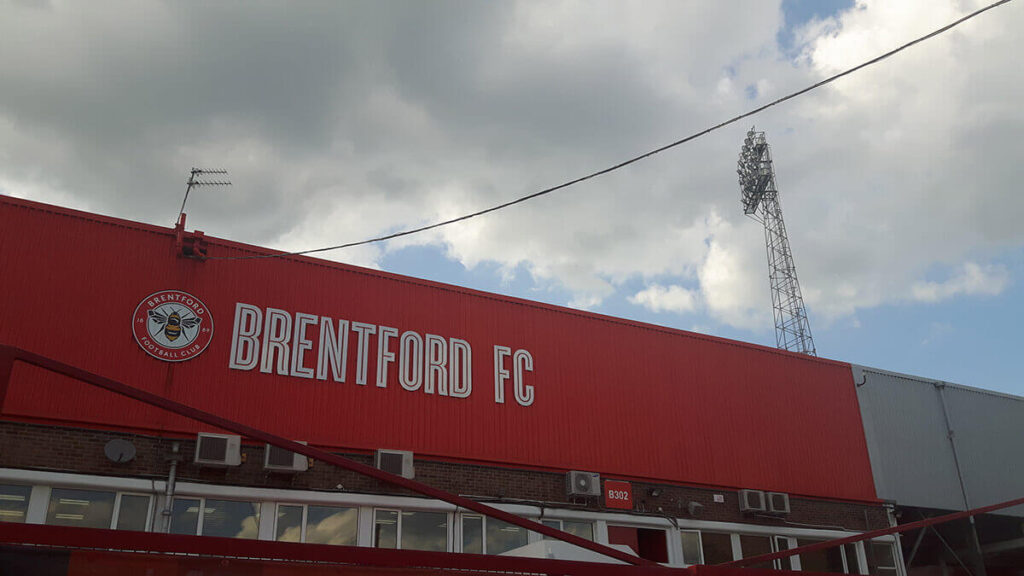 The ground itself was everything I expected and more. If you’ve read my blogs previously you’ll know I’m a sucker for a ground with character and charm; Griffin Park has it in abundance. We were in the Braemar Road stand, which is all seater and made up of 2 levels. The communal area around the back of the stand was fantastic, giving fans space to have a beer in the evening sunshine. Opposite us was the single tier all seater Bill Axbey Stand. 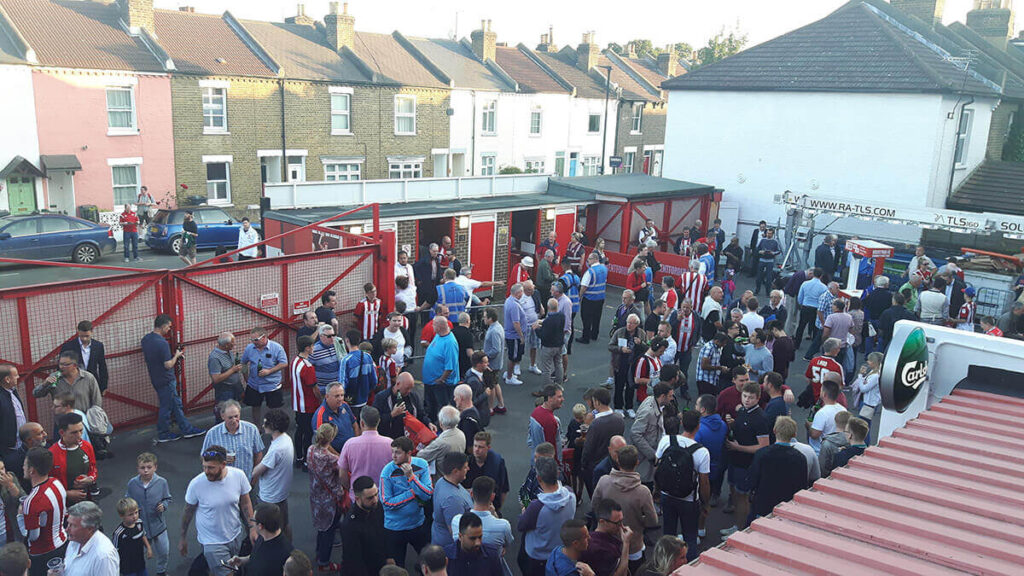 The open concourse behind the Braemar Road Stand 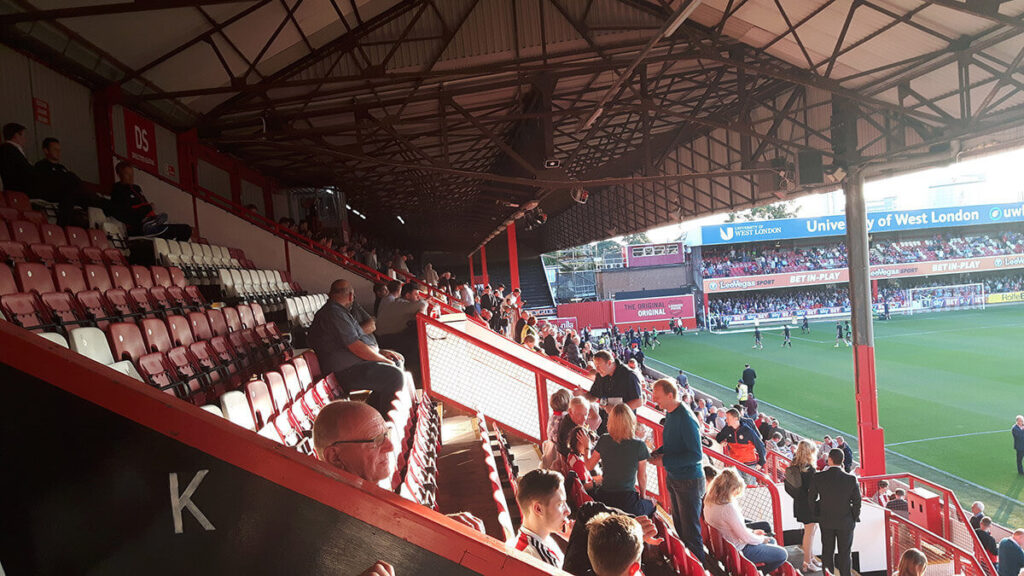 View down the Braemar Road Stand

Behind both goals you’ll find terracing. The Ealing Road Terrace for home fans and the Brook Road End for the visitors. The latter has 2 tiers; standing on the lower, seating for the upper. The low ceiling on the away terrace is great for generating atmosphere, the style of the stand reminiscent of similar structures at Loftus Road and Valley Parade. 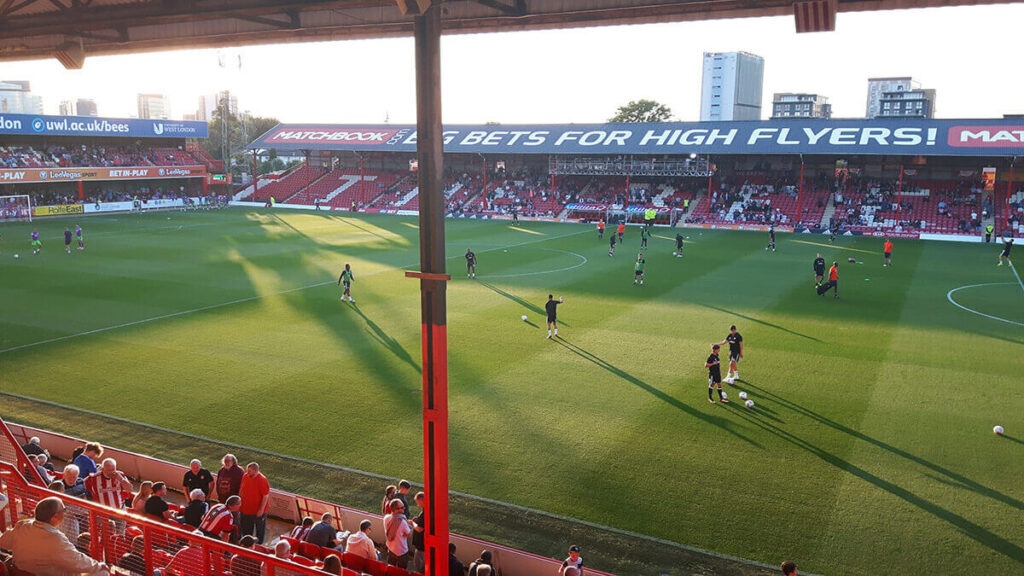 Griffin Park in the evening sunshine

When the day eventually comes Griffin Park will be a great loss to the 92. With a new ground in the making it is currently estimated the Bees will be in their new home in around 2 years’ time.

The new Lionel Road site which sits half a mile down the road is in the process of being cleared as plans are finalised. The triangular plot will provide challenges, but hopefully assist in the stadium being unique and different to the standard out of the box new build stadia.

In the past few weeks the plans have been tweaked to reduce the capacity by 2.5k to 17.5k. This news wasn’t received too well by Bees fans, but the fact the ground will be built ‘safe standing ready’ must be of some comfort.

They don't make them like this anymore 👌 #BrentfordFC pic.twitter.com/60hYSFXYeO

Bristol City came out of the blocks quickly as had been a trademark of their early season form. In the previous 2 games they had scored within 2 minutes. They had to wait slightly longer here but still just the 5 minutes. Record signing Diedhiou pounced on a misplaced pass in the Bees defence. He cut the ball back to the edge of the error where the onrushing Brownhill rifled into the bottom left corner of the net.

Brentford didn’t let this deter them though and they soon found their rhythm, taking control of possession and dictating the play. The neat passing style that is employed by Dean Smith will always come with risk of errors and the way the team responded was good. Indeed, they had a number of chances to equalise before the break with Sawyers and Watkins having good efforts on goal. But it was full back Henrik Dalsgaard who came the closest, forcing a good save from Fielding before hitting the post with the follow up. 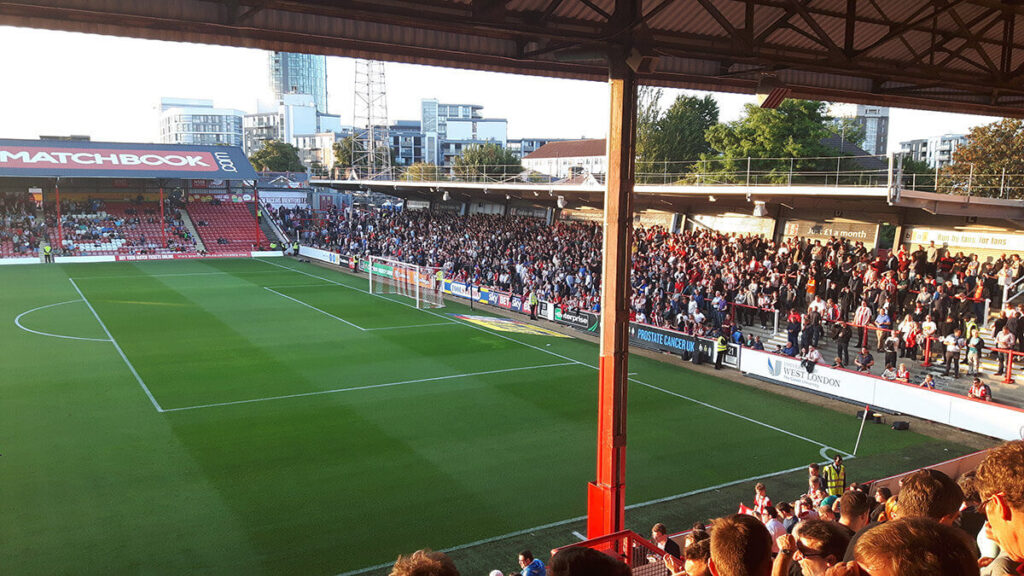 A little over 10 minutes into the second half and the Bees got the equaliser they deserved. The mercurial Jota received the ball on the right, spun back on his left foot and delivered a perfectly weighted cross towards the far post. Arriving was Watkins, who had the run on his man and headed home giving Fielding no chance.

Brentford continued to push forward looking to now take the lead. Jota forced a stunning save from Fielding before the pressure tolled. French substitute Neal Maupay had only been on the field 4 minutes before expertly riffling in a toe-poke from just inside the area. And it could have been game over too had it not been for Frank Fielding in the City goal. The stopper pulling out another fantastic save from a Sawyers shot that took a deflection on the way through.

After an injury Brentford’s Josh McEachran in the latter stages of the game when the 4th officials board went up it signalled 8 minutes; this game wasn’t dead yet. Bentley in the home goal came rushing out to halt a through ball. However, his clearance was poor and went straight to O’Dowda. The substitutes shot from distance was goal bound, but brilliantly averted by the head of diving centre back Barket.

This set the nerves jangling in the home ranks though, could they hold out?

City centre back Baker hit a volley from outside the area, hand ball! No! The ball was recycled out to Byran who put it back in the mixer, cue penalty area pin ball, after which it fell for the on-form Bobby Reid to turn home an equaliser in the 7th minute of injury time sending the Ashton Gate faithful into raptures. 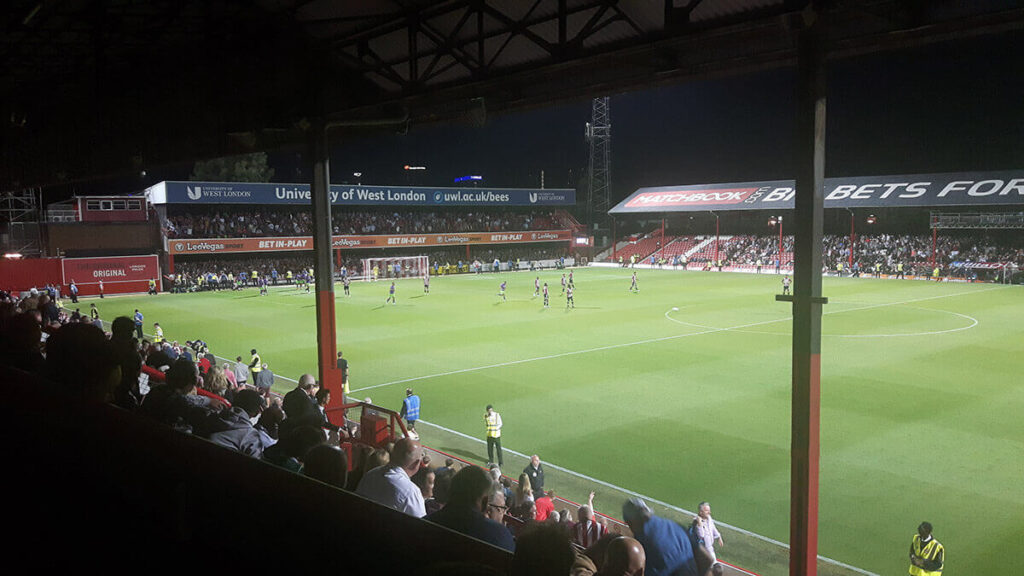 The extensive added time did us no favours as an already tight timescale to get our train became even tighter. A run through the streets and we made it with seconds to spare, deep breaths all round!

Character 5/5: Has it in abundance.

Have you made the trip to the home of Brentford? If yes, you can tick Griffin Park off your 92 grounds checklist or if not plan your trip there: