As he creeps closer to joining the 92 club, blogger Tim Dove heads to Merseyside to tick off Goodison Park.

Thoughts on the ground:
Having visited more recently built football stadia over the last few months then it was exciting to be visiting a ground with so much history and tradition, and especially so at this level of football. Everton have been playing at Goodison Park since 1892 and a visitor to the football club can gain a sense of a bygone age as they approach through straight lines of terraced housing when a ground was built as part of the community and not as part of an out-of–town development. This history is reflected as a walk around the outside of the ground displays prominent moments – such as trophies won, record signings made and managerial appointments – from the clubs history in pictorial form around the exterior. 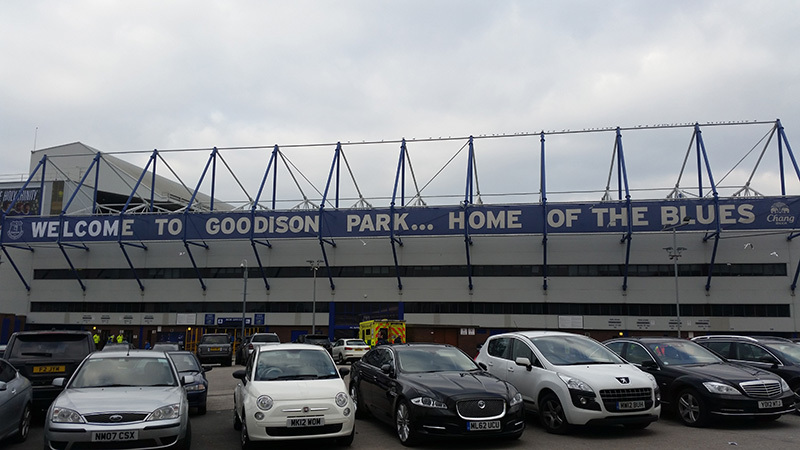 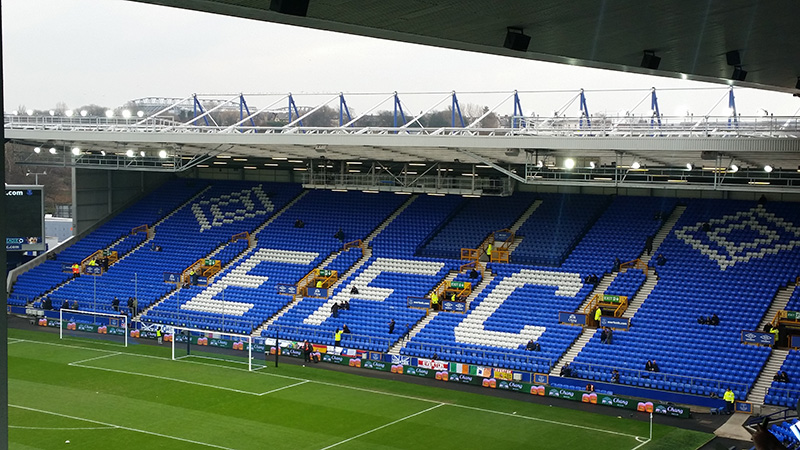 From the outside Goodison Park with its tall stands appears large. Apart from the modern Park Stand (which has an electric scoreboard on its roof and was opened in 1994), the rest of the ground seems to show its age. For example there are lots of supporting pillars and the parts of the ground seem as if it has seen better days. Goodison Park does have plenty of character though and the three tiered Main Stand, which was opened in 1971, remains an impressive sight. The view from the top tier here was excellent and Anfield was visible across Stanley Park above the Park Stand of Goodison itself. 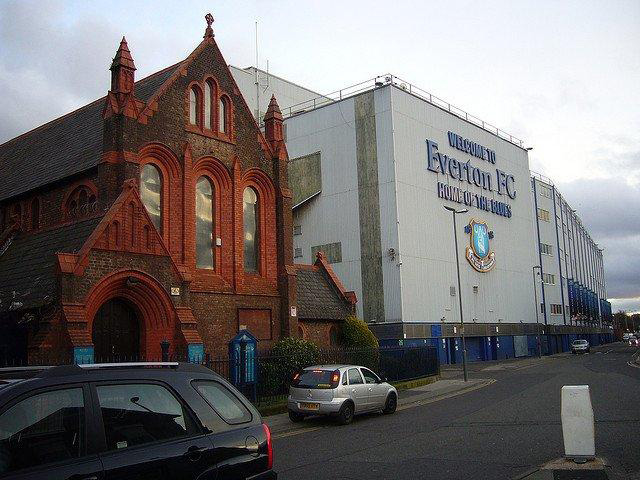 There are two large video screens at opposite corners of the ground. A unique feature of the stadium is a church called St Lukes which protrudes into the site between the Goodison Road Stand and the Gwladys Street Stand only yards from the corner flag. The church can be seen from the Park End and Bullens Road and has featured prominently over the years as a backdrop during live televised matches. Behind the Park Stand is a large statue of club goalscoring legend, Dixie Dean.

Thoughts on the game:
Having not won in the Premiership at Goodison Park for three months, Everton eventually cruised their way to a comfortable victory as Newcastle United aided them with a lacklustre display.

McCarthy scored the first after Lukaku’s lay-off but Newcastle keeper Krul was at fault after misjudging the tame shot. Newcastle striker Gouffran tripped Lennon in the penalty area with Lukaku scoring from the spot for the second. Three minutes later Newcastle captain Coloccini saw red after he fouled Lennon, with Barkley rounding the goalkeeper to add a third late on.

Whilst Everton had boosted their own confidence with a Europa League victory, Newcastle were the architects of their own downfall. 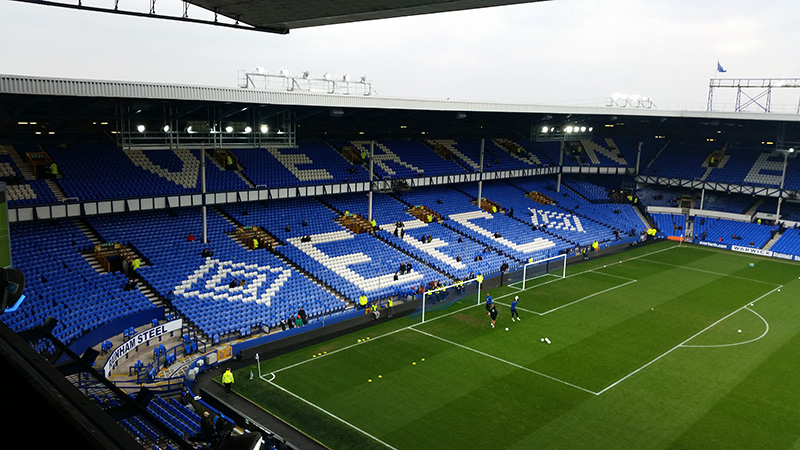 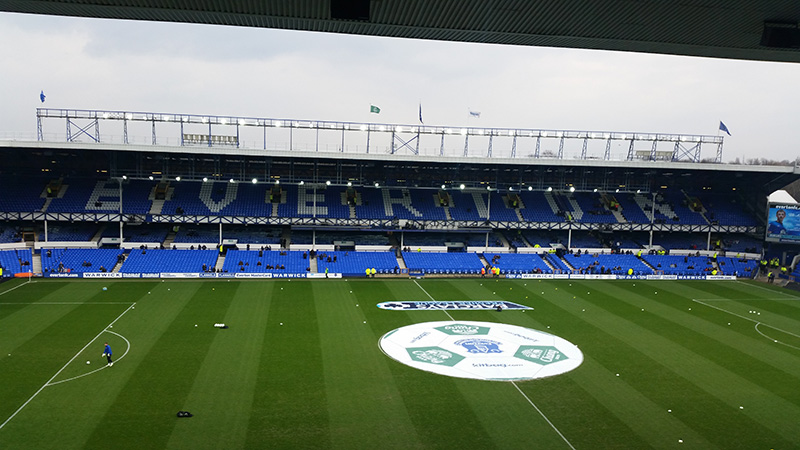 Only Krul will know why he chose to seemingly dive away from McCarthy’s shot towards the centre of the goal. A three-minute spell of self-destruction from Gouffran and Coloccini ended the game as a contest, as the former conceded a penalty for Lukaku to score, and the latter put in a late challenge on Lennon although Newcastle argued the red card was harsh.

Everton had chances to punish 10-man Newcastle but Krul saved well from Koné and Osman while Ryan Taylor blocked from the substitute Barkley on the goal-line.

To their credit, Newcastle finished strongly and it took a superb save from Howard to deny Sissoko plus an equally fine challenge from Alcaraz to prevent Cabella setting up a nervous finale. Barkley did get his goal in stoppage time, however, when fellow substitute Atsu broke from halfway and threaded a fine pass into the midfielder’s stride. Barkley rounded Krul before sealing a vital win for Everton. 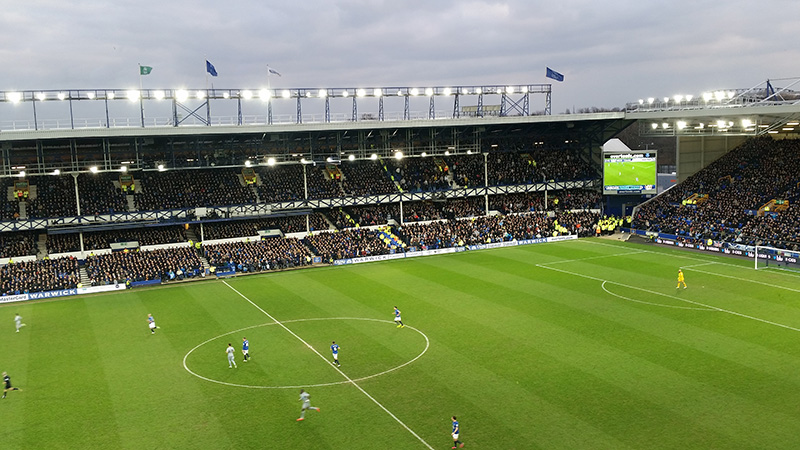 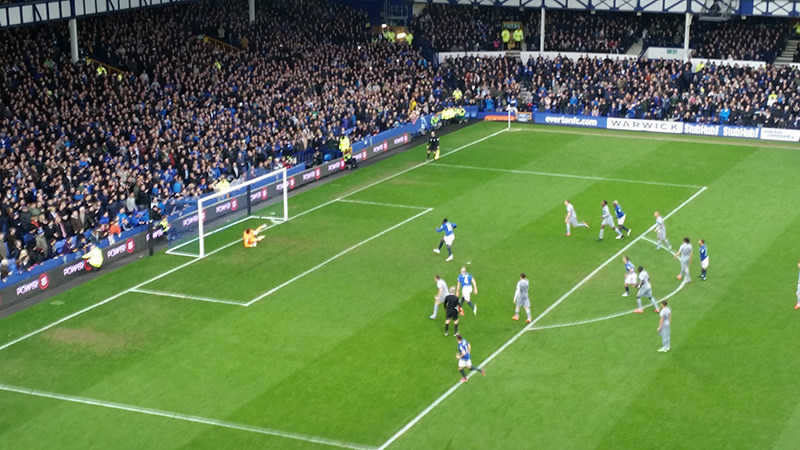 Atmosphere 3/5: For a match with over 38,000 attending then it could have been much noisier. Vocal home support was intermittent and much of the away fans focus was on their displeasure with the clubs owner.

Location 3.5/5: 10 minutes by train from Liverpool city centre to Kirkdale and then a 10 minute walk.

Value for money 4/5: £36 for a match with 3 goals and a sending off. An excellent view from the top tier, although leg room slightly cramped due to the stand being steeply tiered.

Programme 4/5: A decent programme with a wide range of articles.

Overall 3.5/5: A good day out at a decent enough game. Most memorable for being able to attend a ‘traditional’ football ground.