Thoughts on the ground: Having been to the old Layer Road back in 1997 then my visit to the Weston Homes Community Stadium has been long overdue. As this has been a recent and out-of-town ground development then my expectation wasn’t especially high for this one. However, as I drove toward the ground then my hopes were raised as it looked more than ‘just’ an oval bowl.

The ground is comprised of four separate stands. There are gaps in each corner where the floodlights are positioned. All of the stands are covered, single tiered and all seated stands. The Main (West) Stand on one side of the pitch is slightly higher than the other three stands, and these are of the same height. 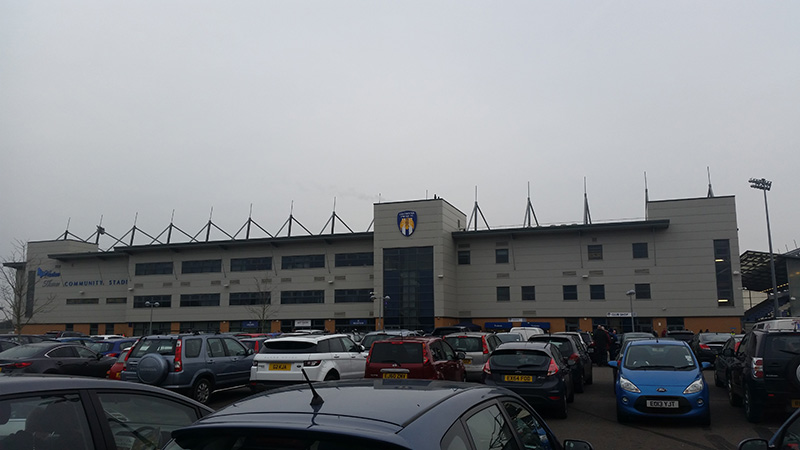 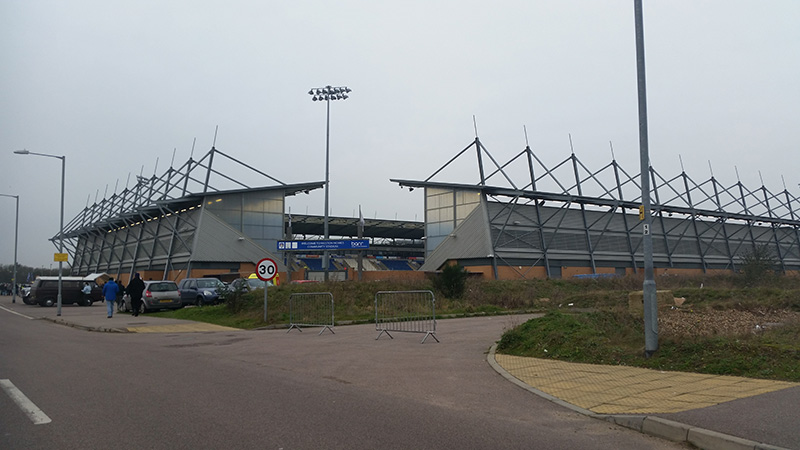 The Main Stand has a row of executive boxes/corporate hospitality areas running across the top of it, whilst the others are simply seating areas. The Weston Homes (South) Stand has a Police Control Box incorporated into it, on the left side beneath the roof. The away fans were situated in the North Stand at the time of visiting. All the stands have translucent panels built into their roofs as well as a perspex strip just below them, which allows more light onto the grass and facilitates the pitch growth. 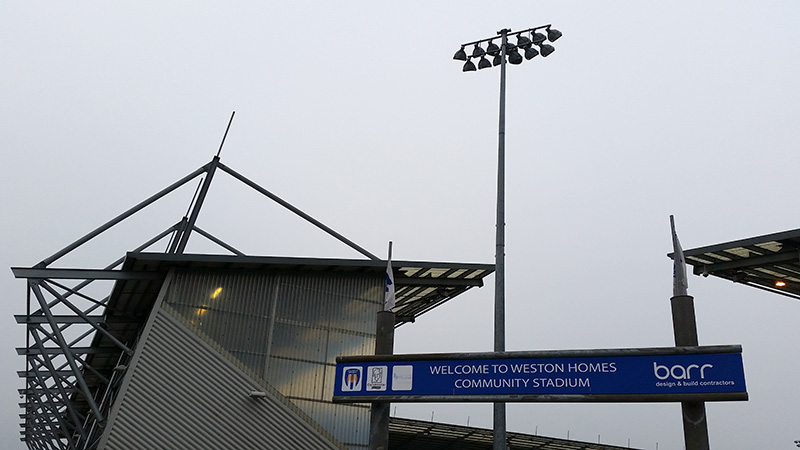 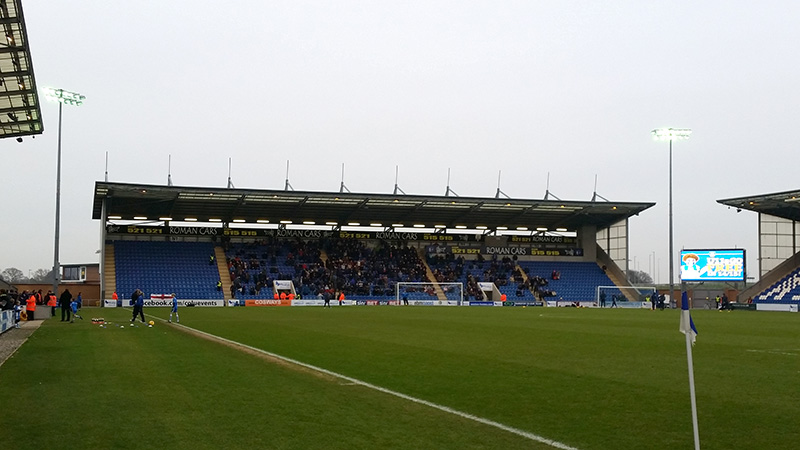 Thoughts on the game: With both sides struggling towards the foot of the table then this match had significance for their respective seasons, and from kick-off both sides showed that they knew this.

Colchester began brightly, regularly finding Massey on the left, who drifted inside by avoiding two tackles and hit the bar from the edge of the area within the first few minutes. Gillingham defended in numbers and with purpose and were up for the fight before later finding their way into the game. On 25 minutes the ball came in from the right and it fell to Martin who lashed home a brilliant effort past the isolated goalkeeper Walker. Colchester then found themselves two down on 35 minutes. Again McDonald from the right hand side was the provider, laying the ball into the near post, where Dack was on hand to scoop the ball home past Walker. Colchester should have had one back five minutes before half time. Hewitt got away down the right and sent over a fine low cross that saw the defender slip. Massey seized on it, but found Nelson in the way to turn away his fierce shot. 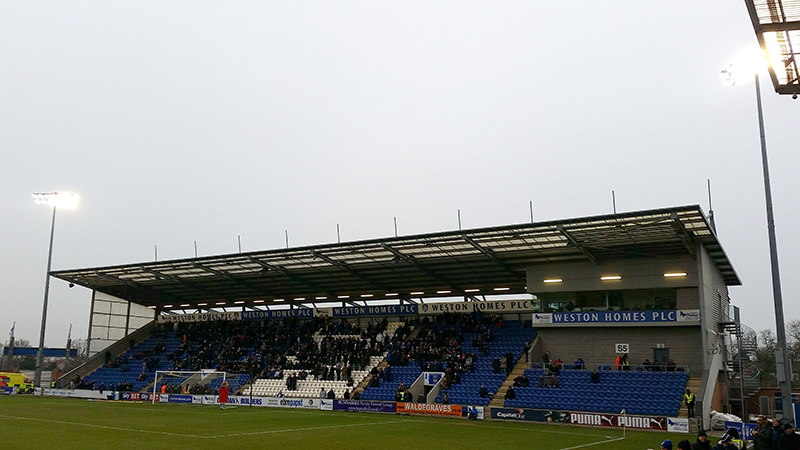 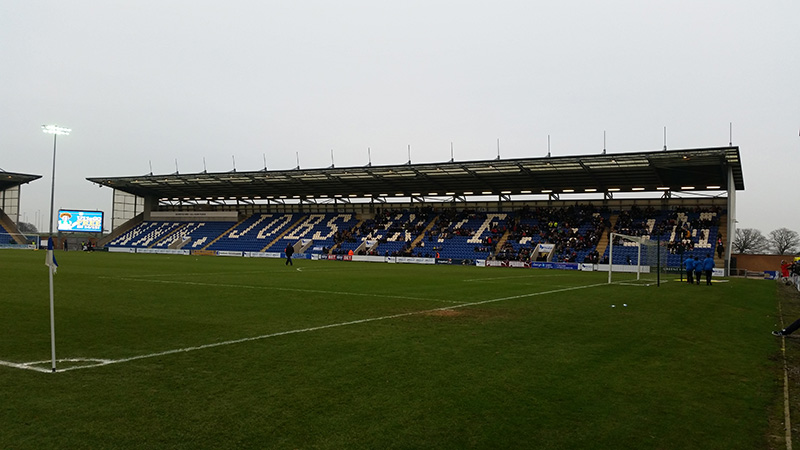 Colchester brought on Szmodics to begin the second half. This made a quick impact on the game as right back Clohessy had a cross blocked in the first instance, but then he sent over a dangerous cross that was turned into the net by the determined Szmodics. Clohessy thought he’d set up another as Sears turned the ball home but the linesman’s flag cut short the celebrations on the hour mark. Massey then went close again, this time picking up a ball on the left before drilling in an effort that fizzed past the post. Gillingham had a goal of their own disallowed on 66 minutes, when McDonald volleyed home after being adjudged to have fouled Eastman. Colchester were still pressing forward more regularly. Gillingham goalkeeper Nelson came to the visitors’ rescue on ninety minutes, as Watt drilled in a fine low cross that Sears looked like he was converting, but the keeper pulled off a fine reaction stop. The ball was thrown into the box and Szmodics’ header beat Nelson. It looked like it was on its way in, Healey made sure, only for Szmodics to be flagged offside. 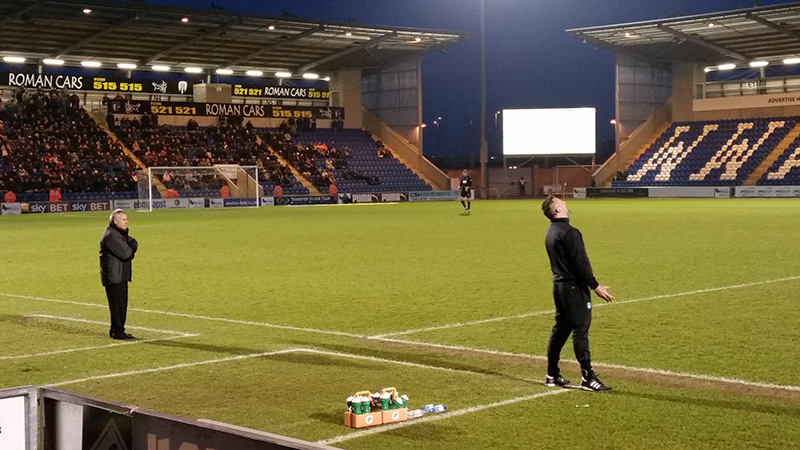 A good result and successive away league wins for Gillingham. To avoid relegation Colchester will have to make more of their chances and possession in games like this in future.

Atmosphere 3/5: Good encouragement from both sets of fans throughout

Location 3/5: Out of town so either a car or bus journey is recommended. However upon exiting the ground the out of town location means its very close to main roads to begin journey home.

Value for money 3/5: 2 teams both looking to win a proverbial relegation 6 pointer with 3 goals.

Programme 3/5: Reasonably thick on good quality paper. Had a few adverts but only the usual features.