The once vibrant Villa Park located in Birmingham’s B6 area has cut a lonely figure this season after the side that has played there for 119 years endured one of the worst if not the worst domestic campaigns in living memory.
Aston Villa, a club who have won everything there is to win in the game including the European Cup back in 1982 thanks to some heroics from Villa legend Peter Withe, have broken the hearts of fans and football purists alike with the poor form they’ve served up on the football field this season.

Located just a stone’s throw away from both Witton and Aston, the club has been the beating heart of the Football League ever since it helped found it back in 1888.

The atmosphere on match days can be nothing short of electric, with the Holte End faithful aka ‘the twelfth man’ only adding to the cacophony of noise. The fans provide weekly renditions of ‘Holte Enders in the sky’ and ‘it’s your round, my Lord’ – an ode to Ireland and Villa legend Paul McGrath. 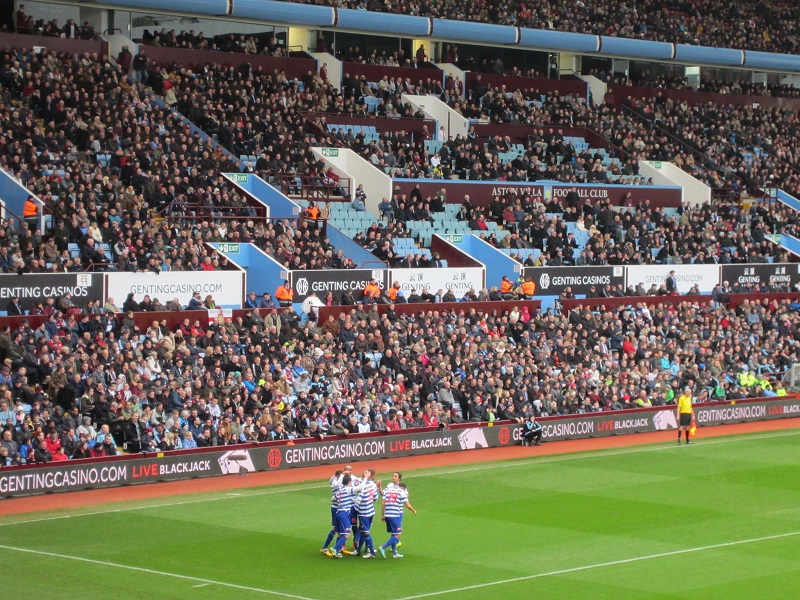 With a capacity of just over 42,000, Villa Park has certainly provided some memorable nights down the years for the Midlands club.

Just last season it was former Villa man Fabian Delph who scored the winner at Villa Park in his side’s FA Cup quarter-final win over rivals West Brom. Happy-go-lucky manager Tim Sherwood had just assumed charge at the club at the time and many believed that a Wembley appearance and another escape from a tight relegation battle were signs that the tides were finally turning over at Villa Park.

Alas, it proved to be a false down and just 12 months on it seems the Midlands club have finally met their maker in the form of top-flight relegation.

And whilst plying their trade in England’s second tier may bring the club more joy in the results department, Villa’s odds of 6/1 with Net Bet and 32Red.com to win the Championship next season when this article was produced are indicative that bouncing straight back up to the Premier League at the first attempt is anything but a given. Just ask Leeds United or indeed Newcastle United. The latter are a side who also look set to follow Villa down the trap door this season in what would be their second relegation from the Premier League in less than 10 years.
Villa gearing up for a tumultuous season in the Championship

Ever since former manager Martin O’Neil left Aston Villa just days before the start of the 2010/2011 season, the Midlands club have slowly rotted, as can be seen by their equally rotten performances on match days. Heavy home defeats to the likes of Liverpool and Manchester City this season have turned the club into a laughing stock and, with further social media antics from the club’s roster only exacerbating things, the empty seats in Villa’s historic stadium have now become a painful reminder of how far this once great club has fallen.

With just three wins to their name in this year’s Premier League campaign, relegation to the Championship will paradoxically come as somewhat of a relief for frustrated Villa fans who have grown tired of seeing their beloved club get outplayed on an all-too-frequent basis.

In spite of their decorated history and famous European nights, punters looking to back the Birmingham club for Championship glory with 32Red and others next season must be mindful of the similarly ‘big clubs’ this tricky little division has laid to waste over the years.

And whilst this is a club and indeed a stadium that should be playing host to some of Europe’s biggest and brightest talents, such is the manner of which this great club has fallen in recent times, we’d hazard a guess that fans may have to wait a while before they get to see footballing greats in the mould of Peter Withe, Tony Morley and Nigel Spink et al grace the hallowed turf of Villa Park once again.