For the majority of clubs that fall out of the Football League a return is often a tall order, especially in the first season. Step forward Cheltenham Town, who under the wise stewardship of Gary Johnson bounced back in some style. Ahead of the start of the season we caught up with blogger and Robins fan Mark Halliwell.

GM: Promotion at the first time of asking is no mean feat, just how good a job has Gary Johnson done?
Mark: A fantastic job. He came in with seven games left of the relegation season with no hope of keeping us up – but still wanted to stick around to get us back up. There was a lot of pressure on to bounce straight back as not doing so would have been financially disastrous for us. But Johnson delivered. He assembled a totally new squad and gelled them together very quickly and turned them into champions which was a great achievement.

GM: How has the summer been on and off the pitch for the Robins?
Mark: A bit mixed to be honest. The best part was keeping the squad together with every player bar one signing back on to take on League Two. Pre-season results have been up and down, and we are still one or two players short of where we want to be, with a goalkeeper and a centre-half absolutely vital before the season starts. 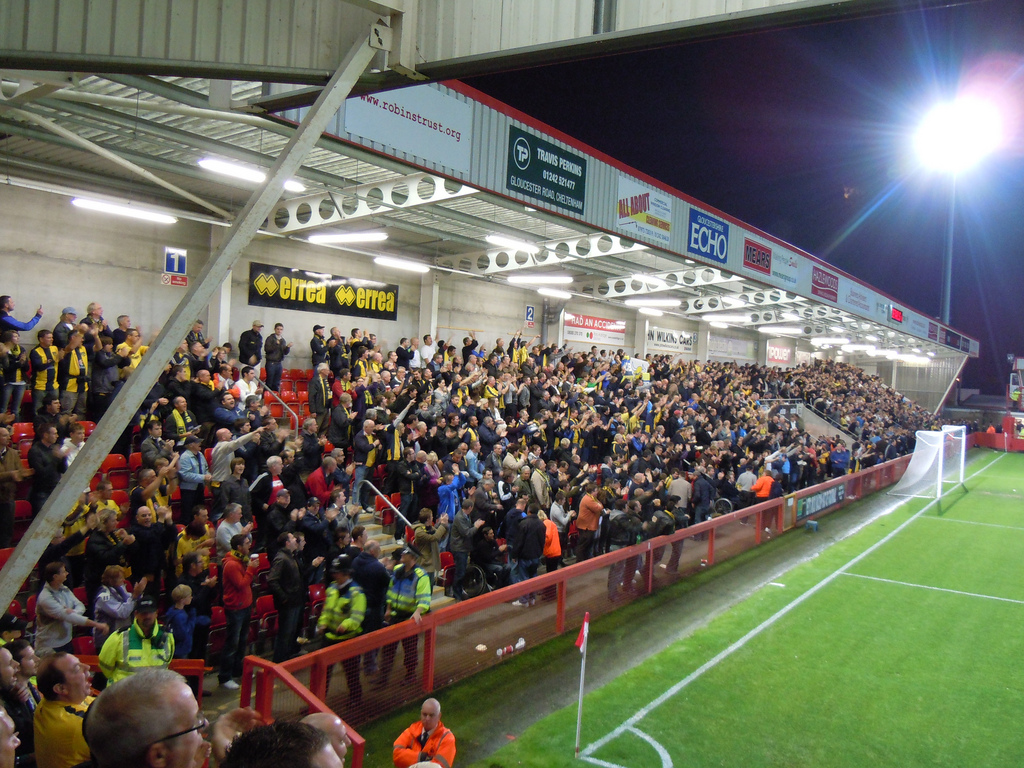 Whaddon Road (CC BY 2.0) by quisnovus 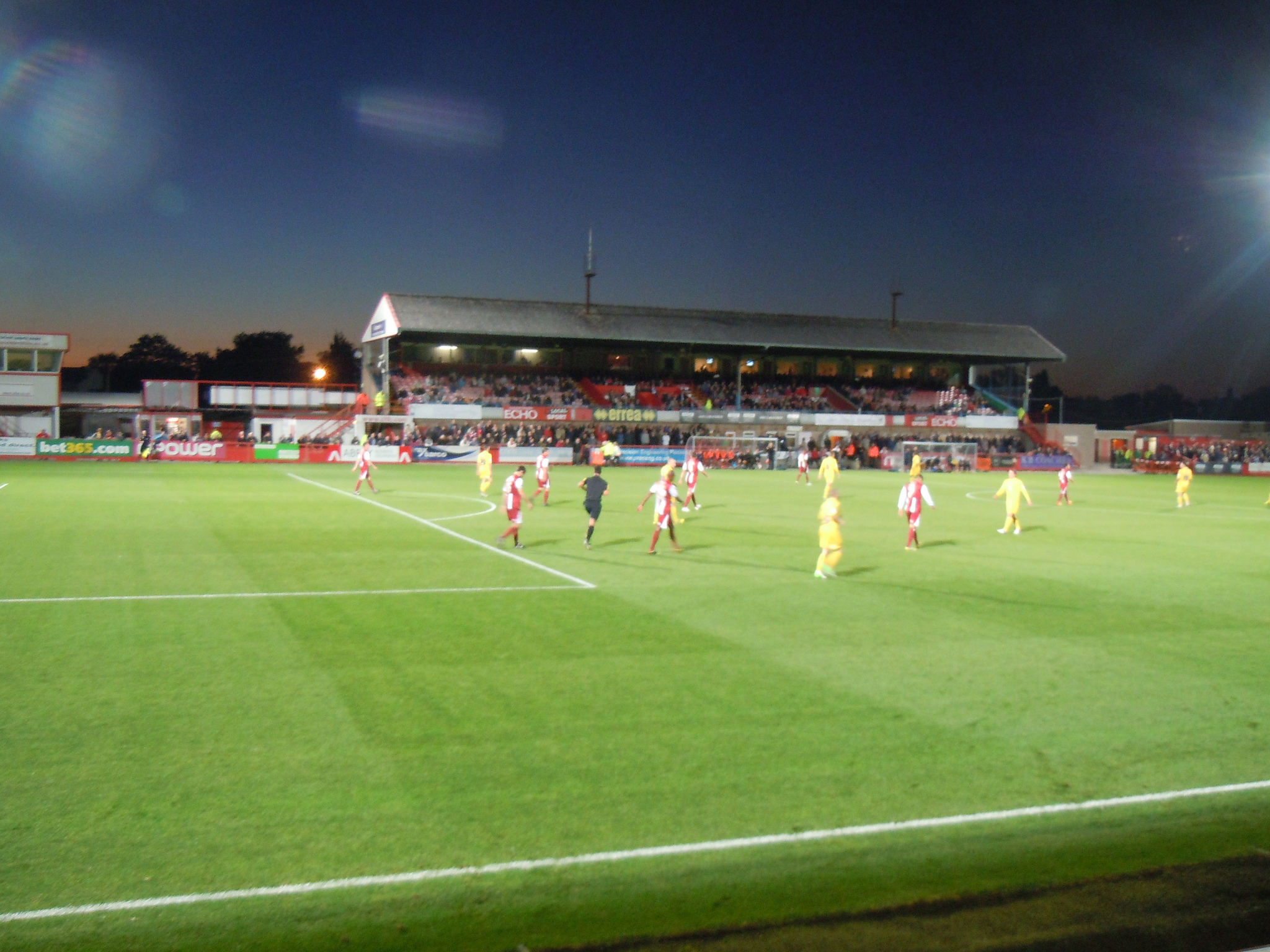 GM: Last season did you manage to get to many non league grounds?
Mark: I went to most of the National League grounds and mostly enjoyed the experience. Many grounds gave us a friendly welcome, but one or two were a bit ‘big time’ and didn’t seem so welcoming which is a shame.

GM: What was your best / worst memory from your non league travels?
Mark: The friendly welcomes we got. The best of all was Guiseley, where the people could not have done more and been more friendly. The worst memory were the ones which weren’t so friendly. I won’t name them but I won’t be in a hurry to go back there any time soon.

GM: Being back in the 92 what do you make of the proposals to change the Football League structure to 4 leagues of 20?
Mark: Not sure really. I hope it isn’t a back door way of getting B sides into the FL as they are doing in the ridiculous EFL Trophy format – where we play Everton, Bolton and Blackpool in a ‘regionalised’ format. Someone clearly needs to buy a map!! I am not sure clubs will vote for three less home games every season as they will lose revenue – but there are sides in the VNL who deserve to be in the League and I would hope this might allow them in.

GM: What can fans visiting Whaddon Road look forward to next season?
Mark: Hopefully a friendly welcome. They get a nice seated stand with good views and so they will at least be comfortable when we take the three points from them…

GM: How about Cheltenham itself, where are the places to go and the local delicacies to try?
Mark: The town has plenty of restaurants and hotels as we are used to lots of people coming here for the races and various other festivals during the year. The Brewery Quarter has places to eat and a few bars so that’s not a bad place to go pre-match. But you won’t go short of food or drink.

GM: How many of the current 92 grounds have you ticked off your list?
Mark: About two thirds of them. I think I am somewhere in the 60s. The only new ground I have to visit this season is the Hive for our game at Barnet.

GM: Which grounds are you looking forward to visiting this season?
Mark: The Hive as it is a new ground. I also like going to Plymouth and I am looking forward to a weekend in Blackpool and some places like Yeovil and Doncaster where we haven’t played for a while.

Thanks to Mark for sharing his thoughts with us. You can keep up with Mark this season through his blog Cheltenham Town Chatter and on Twitter @MarkHalliwell1.

Have you made the trip to the home of the Robins? If so you can add Whaddon Road (the World of Smile Stadium) to your 92 or if not plan your trip there: