Budding journalist and dedicated Glovers fan Ollie Marsh made trip to London to see if Yeovil could halt their downwards Spiral towards League Two against a Leyton Orient side, them too fighting out of the bottom 4.

Thoughts on the ground
It’s safe to say that Brisbane Road is not one of the most “aesthetically pleasing” stadium you’ll find in England. In an area of London that looks almost poverty-stricken, the ground is virtually encased in various blocks of flats. In fact, as we stopped outside the away side, the only clue you would have that it was a football stadium would be the manky red turnstiles and faded sign saying “Away Supporters here”.

It’s a shame because inside, the stadium is actually rather nice. It’s compact which is great for atmosphere, and the brick wall along the bottom of the main stand which shows a noticeable slope in the pitch gives it ‘character’. The food was also couldn’t be faulted, with fair enough prices and a wide selection on offer. 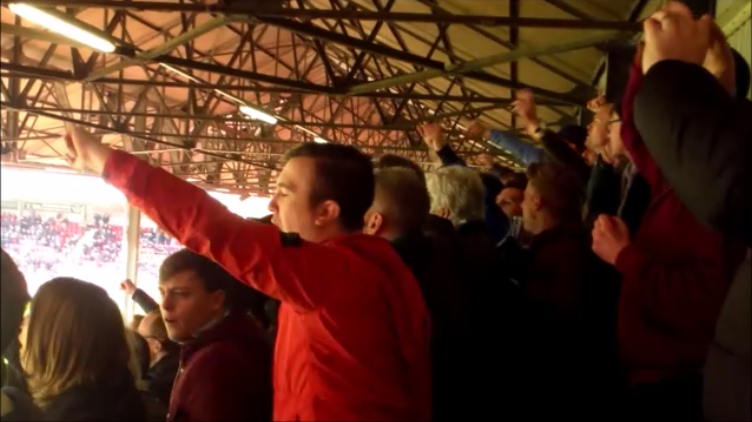 Yeovil Town supporters were situated in the East Stand, which is the oldest stand in the stadium. Therefore there are certain markers of a stand built pre-war, such as the large pillars and rusty rafters in the roof. At 3 – 0 down one Glovers fan decided to turn these rafters into his own personal climbing frame, as he walked on the upper frame 30 feet above our heads!

Thoughts on the game
That fan climbing the Brisbane Road roof turned out to be the highlight of the game!

With both teams in the League One relegation zone going into the game, it was the proverbial six pointer. Sadly from a Yeovil perspective, Leyton Orient looked head and shoulders over the Glovers from start to finish.

It wasn’t surprising to see them 2 – 0 up within ten minutes, with Chris Dagnall and Ryan Hedges providing Orient with the perfect start. It could have been more but the O’s hit the post twice before the break. After half time they did manage to add to the scoreline, with Jobi McAnuff scoring the third goal of the afternoon. 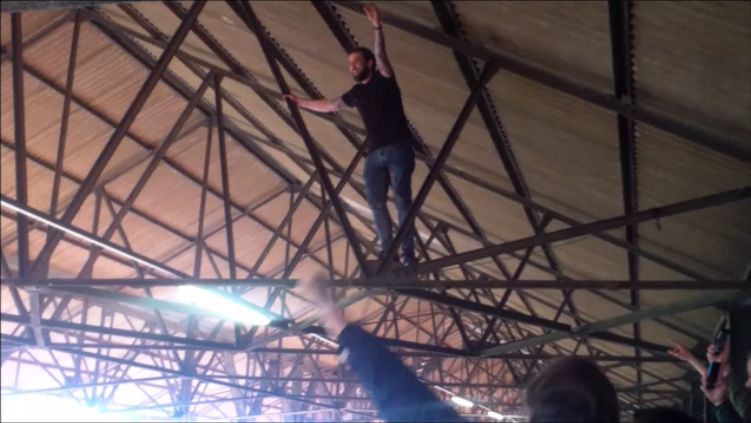 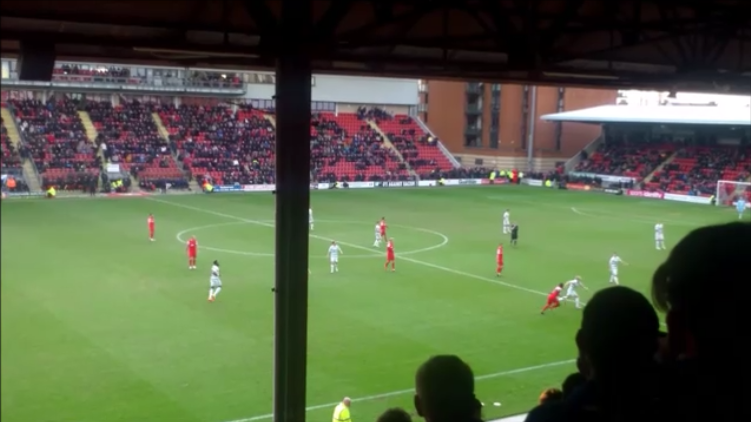 Atmosphere 2/5: As I mentioned earlier, the compact Brisbane Road has the potential to be rocking. On this occasion, the Orient fans only sung a couple of times throughout the whole match. In fact, it was the Yeovil fans who were the loudest, albeit with chants of “We want our money back”!

Location: 2/5: On the plus side, there’s plenty of pubs within ten minutes of the ground. On the down side, Leyton is the perfect example of a place you would only ever visit if you were going to watch a football match.

Pint and pie: Not sampled, but the rest of the tea bar food was good and reasonably priced.

Programme 5/5: A very stylish looking magazine with accurate info on the away side and enough features to interest the neutral fan.

Value for money 3/5: At £23 for a ticket, it’s pretty much average for a League One match.