This week saw the safe standing/rail seating movement in England and Wales take a huge step forward in Shropshire. League One side Shrewsbury Town went live with their initiative to fan-fund the first safe standing installation in the 92.

Being long standing advocates of the concept we went along to the launch evening at the Montgomery Waters Meadow Stadium to find out more. During the presentations fans and media heard from the key players in the project and had opportunities to ask questions. 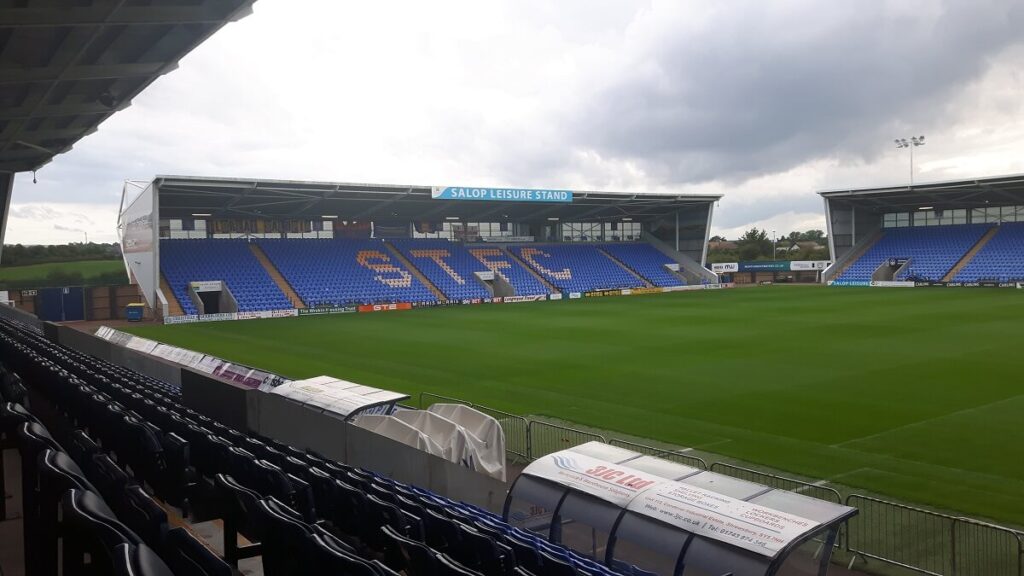 The Salop Leisure South, destination of the first safe standing/rail seating installation in the 92

It was refreshing to hear club CEO Brian Caldwell speak about how they had listened to the Supporters’ Parliament and backed them on the project. The Scot cited a safer environment, better atmosphere and an improved match day experience as key drivers for pursuing the change.

In what could be a major breakthrough for Football fans in England and Wales we’ve picked out 7 key points from the evening that you need to know:

1. The club plan to install 550 rail seats in the Salop Leisure South Stand replacing seats on a 1-2-1 basis. 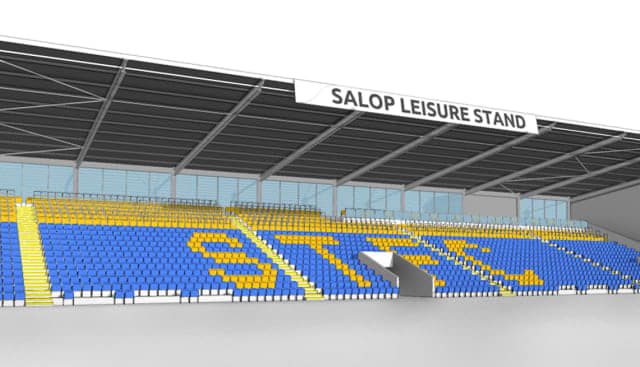 Mock up of how the new safe standing/rail seating installation will look. Credit: mstadia.net

2. The £75k being raised covers everything. This includes:

3. The club have partnered with Tifosy to run the fun-funding campaign. The company, which was co-founded by Gianluca Vialli, has worked on successful projects with the likes of Portsmouth, Fulham and Parma and aim to enable everyone to support their club in a fair and transparent way.

4. The club are aware of their responsibility to help fans affected by the installation who don’t wish to stand to relocate them to a suitable alternative area.

5. But what about away fans? Club CEO Brian Caldwell said the club would like to do something for both sets of fans as it would be fair to give the choice to both. However given the infancy of the project as the club would have far less control over the fans that get those tickets it is too much of a risk at this early stage.

6. The Shrews are aiming to have the new installation in use by March 2018.

Closer look at how the installation would look. Credit: mstadia.net

7. Since launching under 3 days ago on 1 August the campaign has already reached the 10% mark with the full launch programme not yet complete. This makes it the fastest start Tifosy have had to a campaign!

This campaign could signal the start of huge changes to the way fans like you and I can watch live football in the 92. With this in mind it is crucial that we unite to show support. If one day you would like to see safe standing/rail seating at your teams ground we urge you to please get behind the campaign.