Thoughts on the ground:
One of many places I was not looking forward to visiting. Mostly because of stories I had been told about the city by my mum and friends of mine. But like many places on this list, I don’t really have a choice about where I have to go for this challenge. So why did I chose Birmingham? Since I had done some pitch side photos with Prostate Cancer UK when I visited Rochdale and Crewe, I thought I could do it again but this time, I would say I’m Doing the 92 and hope they could help me with either a pitch side pass or a press pass.

I emailed a handful of clubs, eight to be precise, and I decided that whoever emailed first would be the place I would visit next. Out of eight, only three replied back. One of them being Birmingham City saying they could give me a pass saying they give them to anyone who does reviews of the grounds. The other two teams to email back were Birmingham’s opponents that day, Rotherham United, who said I could; do pitch side photos on Easter Monday. Swansea City was the final team to email back but said no due to Premier League guidelines. At least they were nice enough to email back. 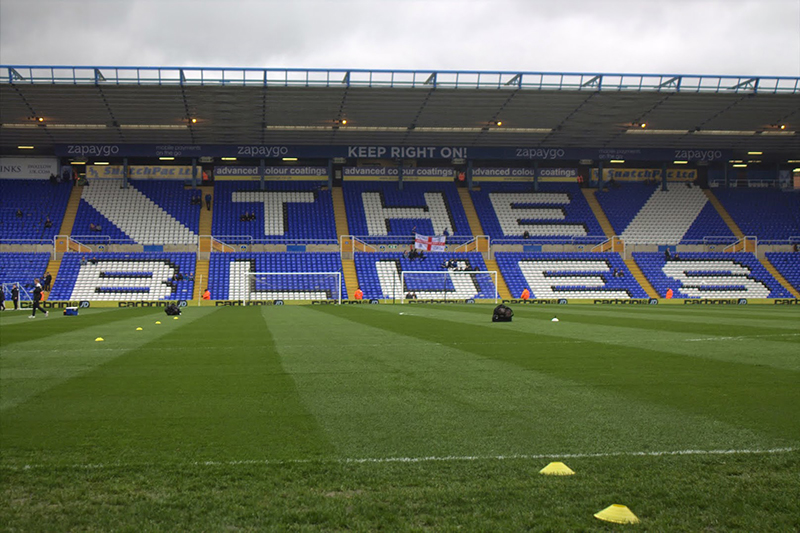 I arrived in Birmingham and I couldn’t help but notice how much construction works were taking place. The train station looked like a scene from Resident Evil. I was waiting for zombies to try and attack me as they got off the train. Thankfully that didn’t happen. But as I walked around the city to kill a bit of time, I couldn’t help but notice how dull and grey the city was. It felt like it needed a wash. I don’t think the rain was helping my mood. I decided to get the bus to the ground and thankfully there are a lot of buses that go towards to ground.

However, I picked the one bus with the worst passengers ever. Racist old people, one person playing music loud through their headphones and two kids who wanted to fight each other just for the back seat on the bus. At the ground, I had a hard time finding the press office as it is hidden away behind the player’s entrance. When I arrived at the office, I noticed how the photographers and the press had their own rooms but both shared the buffet; a buffet of cucumber sandwiches and potato wedges.

I got chatting to a photographer who decided to be a complete a**hole to me saying “Why are you here? This is no place for amateurs like you! Why they [the club] let you near pitch side is the reason the club is in the state that it’s in right now!” Thankfully, another photographer for Sky Sports was quick to put him in his place. Also, if he thinks I’m an amateur then he clearly hasn’t seen my work. It was at that point where I really wanted to leave Birmingham and head home. Thankfully the game cheered me up. 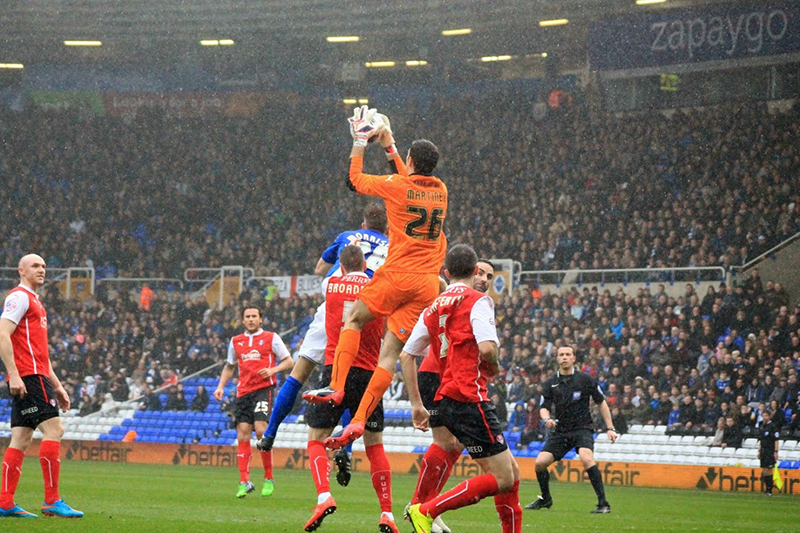 Thoughts on the game:
The first twenty minutes of the first half was nothing special as both teams were trying to exploit the other teams’ weaknesses. After twenty one minutes, both Kirk Broadfoot and Andrew Shinnie got yellow carded but I can’t remember why. Twenty-seven minutes into the first half and Birmingham had taken the lead with a goal from Robert Tesche, on loan from Nottingham Forest. It was quite clear that Tesche was a fan favourite and I did hear a few fans who want the club to sign him in the summer. The fans were celebrating even more after Clayton Donaldson scored with a thunderous diving header from a corner after forty-three minutes making it 2-0 before half time.

But three minutes into the second half, Rotherham fans were celebrating as Matt Derbyshire scored their only goal of the game. One fan celebrated by lighting a flare but it was put out quicker than the fan could light it. After that the game went back to how a battle of possession with no one taking any chances apart from the odd free kick taken by David Cotterill. When the final whistle blew, Rotherham fans were quick to boo their players and the manager. I couldn’t help but notice Jack Hunt and Kirk Broadfoot with expressions on their faces looking like they were going to cry. They both looked like relegation to League One was going to happen. 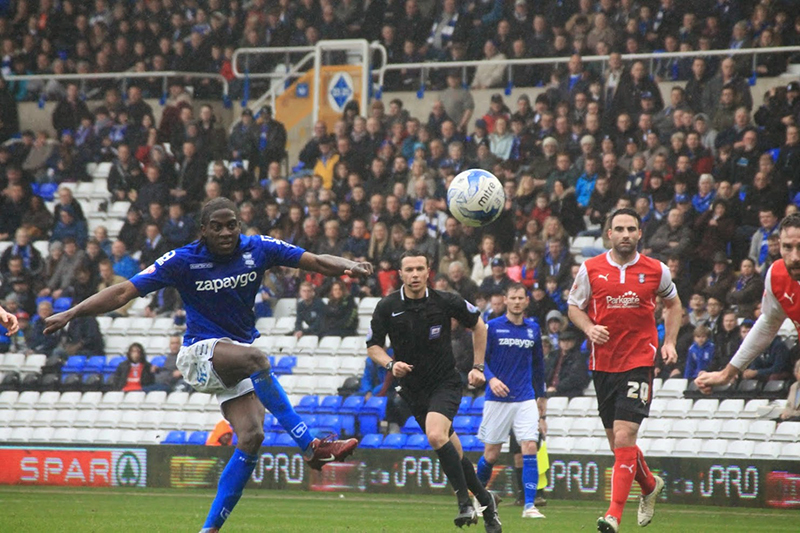 On the train home, I travelled with a group of Rotherham fans who complained about how the game went and how limited they were to buying alcohol in a shop. While drinking, they decided to argue amongst themselves about how their season has gone saying things like; “We’re a League Two club playing in the Championship”, “We’ve brought in 51 sh*t players”, “The manager needs to be sacked if we go down” and “If we survive this season then we need to get rid of those who underperformed.” They also said that if Ben Pringle leaves in the summer then they may as well call their season over. They then named Jonson Clarke-Harris as one of the players they should get rid of. Not quite sure why. Thankfully they left and I ended up with a headache. One of the fans sat next to me did apologise and gave me a Carling as a present.

Overall, this wasn’t a great trip to Birmingham with unfriendly citizens, photographers who think bullying others will get them places and drunken fans who gave me a massive headache.

Location 2.75/5: Roughly 20 minutes from train station and 5 minutes on bus

Programme 3/5: Should have been £3 but got it for free. Very small

Stewarding 3/5: They were more focused on Rotherham fans than anything else