As Greg Dyke refuses to give up on his plans to interfere with the English football pyramid we speak to Ipswich Town fan Tom Bloomfield about how the Portman Road club could be effected.

Groundsman: Initially, what are you thoughts on the FA’s proposal to bring in B teams to the lower leagues?
Tom: It’s a good idea, just not for this country. The people that point out the success it has had in other countries fail to realise that England has a rich professional league system unlike any other country in the world. Nowhere else will you find 18,000 people going to watch professional football in the fourth tier.

GM: How do you think this would affect Ipswich?
Tom: Because we are not a club scrapping towards the lower divisions and fighting to maintain status (Touchwood!) I don’t think it will affect us too much. It still might have a negative effect on our academy though, as Premier League clubs may be less willing to let talents go to clubs as they could stick them in their ‘B’ teams.

GM: Would it impact on the Ipswich’s ambitions?
Tom: At the moment Ipswich are applying for a category one academy status. The introduction of this proposal could see that being hindered, as the benefits of going category one could be weakened by the strengthening of premier league academies due to the introduction of ‘B’ teams. 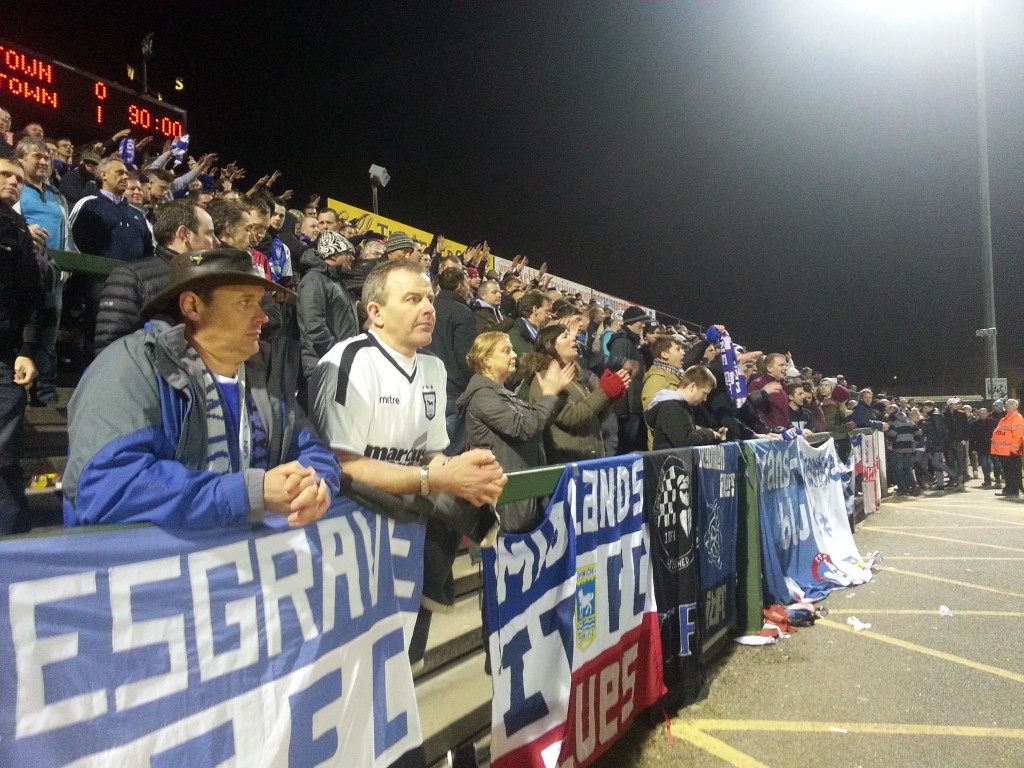 Ipswich fans on the away terrace at Huish Park

GM: Would you be happy to see your side play in a competitive league against a Premier League B team?
Tom: Not really, no. I just don’t see the benefit, if these sides cannot get promoted there isn’t anything to play for. And I can’t believe that every single player would give 100% knowing that a win or a loss doesn’t impact them in any way, as well as the absurd notion of a team potentially getting promoted despite coming 7th! It would feel like a cheap win.

GM: Long term would do you think the introduction of Premier League B teams would have on the lower leagues in general?
Tom: The professional teams that get pushed down to make way for ‘B’ teams would potentially kill them off. It is unjust and unfair when a well run small club with thousands of fans get punished for the benefits of a bloated, debt ridden, mediocre Premier League club.

GM: Do you think clubs like Ipswich have a responsibility to supply the England team with players?
Tom: We don’t have a responsibility, per se. Look at all these Premier League academies, surely with their millions they should be breeding World Cup winning sides!! But we have always punched above our weight in producing new stars, and if everyone had the same attitude as above we would have no-one producing players at all! 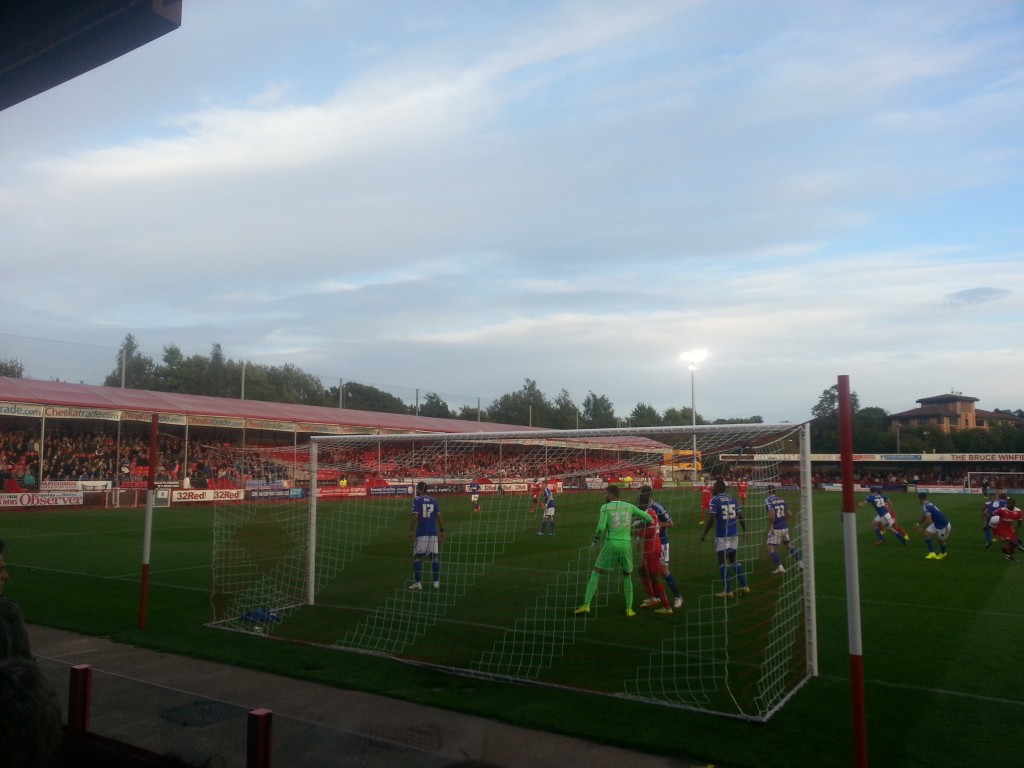 The Tractor boys at Crawley

GM: Would like you want to see your club enter into a strategic loan partnership with a Premier League club?
Tom: A feeder system can definitely have benefits, and there is certainly a jump between something like this and ‘B’ teams so they shouldn’t be mentioned in the same sentence. You only have to look at Watford to see how it can work, and keeping transfers between two clubs can have positive aspects all round.

GM: Are there any alternative actions / measures would you like to see taken to address the issues identified by the FA?
Tom: Lower league clubs have to remain strong and keep opposing this to make sure the message gets through to the fatcats at the FA. We have an unrivalled rich history in the Football League, and we need to preserve it and fight to make sure we don’t give up anything more to the bloated, ghastly, greedy Premier League than we already have done.

Thanks to Tom for taking the time to share his thoughts – you can keep up with Tom on Twitter @. Have you been to Portman Road before? Rate / slate or review your experiences with us here or plan your away day to Norfolk with our away day planner.