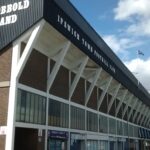 Blogger Michael Pilcher continues to set the benchmark for us fellow groundhoppers doing the 92. This time Suffolk was the destination for a 1st round EFL Cup tie. If Forest Gump was a football fan from England the saying may well have gone “life is like a tie in the early rounds of the Cup. You never know what you’re gonna get”. Ground: Portman Road (79/92) Game: Ipswich Town 0 – 1 Stevenage Date: 09/08/2016 My third ground in six days: carry on at this rate, I’d have the 92 done by early September (if only it were that easy)…. Read more » 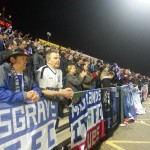 As Greg Dyke refuses to give up on his plans to interfere with the English football pyramid we speak to Ipswich Town fan Tom Bloomfield about how the Portman Road club could be effected. Groundsman: Initially, what are you thoughts on the FA’s proposal to bring in B teams to the lower leagues? Tom: It’s a good idea, just not for this country. The people that point out the success it has had in other countries fail to realise that England has a rich professional league system unlike any other country in the world. Nowhere else will you find 18,000… Read more »