In the first of a three part series the92.net co-founder Michael Moss speaks about the recent goings ons at Old Trafford; Fergie’s Fault, Moyes Out – The Glazer Invasion

David Moyes is no longer manager of Manchester United. It was a rather sharp, yet predictable exit. In truth the demise of Manchester United started debatably many years ago, not with the appointment of David Moyes, however, the sheer class between arguably the best manager that ever lived and Moyes was too much to cover the cracks that Ferguson had been papering over for a number of years previously. The aim of this series of blogs will aim to look at how and what has been happening both on, and off, the pitch in M16 to lead us to this point, and who and what might be to blame.

With Sir Alex Ferguson being at the helm for 26 years, it is difficult to pinpoint exactly where to start. 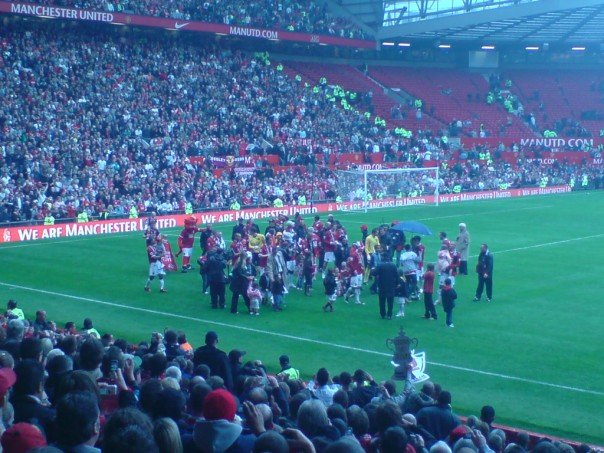 United winning the League in 2007

For the sake of this blog, let’s review things from my perceived start in 2002 with the infamous Coolmore “Studgate” scandal involving the two largest shareholders, J.P McGuiness and John Magnier, squabbling with Sir Alex Ferguson over some horse sperm. The club sought to find new investment in the face of the arguments and a certain Glazer Family got involved and purchased their first stake in the club in March 2002. Total ownership was assumed in 2005, when the Glazer Family finally completed their aggressive takeover of the club and in doing so, placing the club in around £800m debt.

The club at the time were not enjoying the same success of the early 90’s to early 00’s and *had only* won a handful of trophies since the start of “Studgate” through to the take over. This coincided with a handful of dreadful signings, including Kleberson, Djemba-Djemba, Liam Miller and David Bellion, whilst the emergence of Roman Abramovich’s cash at Chelsea and Jose Mourinho doing United no favours at firstly FC Porto and then longer term at Chelsea. Just to note, the Glazers barged through the doors as Owners shortly after Arsenal last won a Trophy in 2005.

The Glazer’s came in and were quiet, while the supporters were vehemently loud and aggressive in the formative Glazer years, forming FC United of Manchester and launching the Love United Hate Glazer campaign. The investment in the first season was minimal, but Vidic, Van der Saar and Evra were bought for relatively little, whilst dead wood was distributed across European football for very little in return. Ferguson also fell out with a certain Roy Keane who left for nothing to play for Celtic. 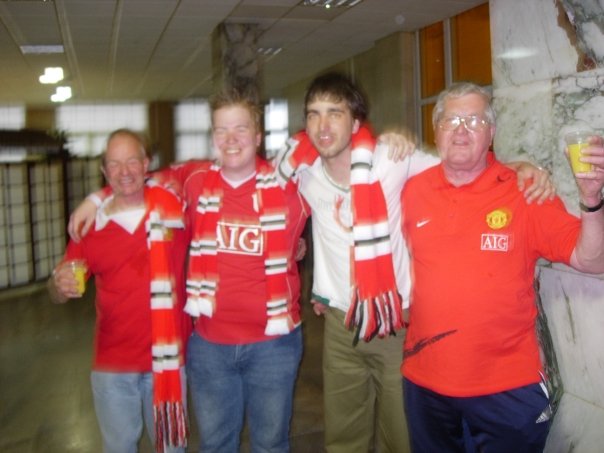 Me with friends celebrating the European Cup in 2008. I guess the camera was as drunk as us! 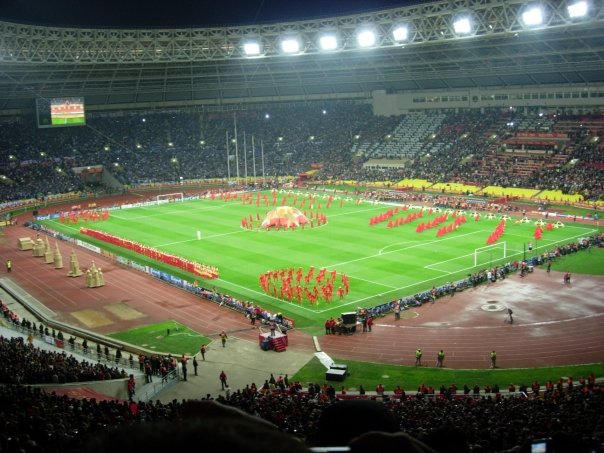 Luhzniki Stadium before the Final in 2008

For the 2006-2007 season the only permanent addition to the squad was in the form of Michael Carrick, Kuszczak and Larsson came in on loan, whilst more chaff, and Ruud Van Nistelrooy, were passed out of the door. United regained the Premier League from Chelsea and progressed to the Semi Final’s of the Champions League, before being knocked out to eventual winners AC Milan.

The defining moment and the start of United’s most successful period in Europe under Ferguson came in 2008 after several years of rebuilding. Cristiano Ronaldo was emphatic, Rooney inspirational and Vidic and Ferdinand imperial. Manchester United shot to emphatic dominance by winning the Premier League and European Cup. The next few years would certainly be successful for the Glazers, United and Ferguson.

What to have your say? You can tweet Michael @enjoycoca_ and us ( @the92dotnet ) on Twitter or leave your comments below