Doing the 92 league grounds is more than just the football. It’s about the whole match day experience and seeing how this varies across the country along the way picking up tales and advice, so much so you could probably write a book about it. That is actually what Daniel Gee is doing! We caught up with the budding author to find out more about his journey and putting pen to paper…

Groundsman: What inspired you to write about your journey doing the 92?
Daniel: I’ve always enjoyed football, travelling and writing, so it seemed like an obvious thing to do! Talking about football is something that I find easy but at the same time, I always find that there’s infinitely more to learn about the game. I try to reflect that in the book, by summing up the history of each club; how they were formed, who they were formed for and their roles in the local community. I also look at where they are now and where they could possibly go in the future. With the modern day being all media-driven and corporate (something which I’ll probably mention again!) I think people sometimes miss the point of football teams being for the people and communities they represent, rather than wholly about players, managers and owners. 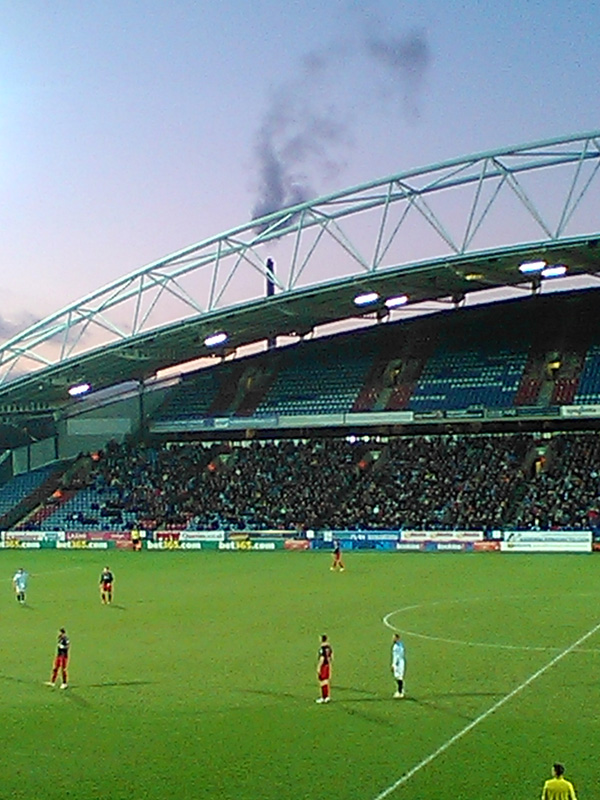 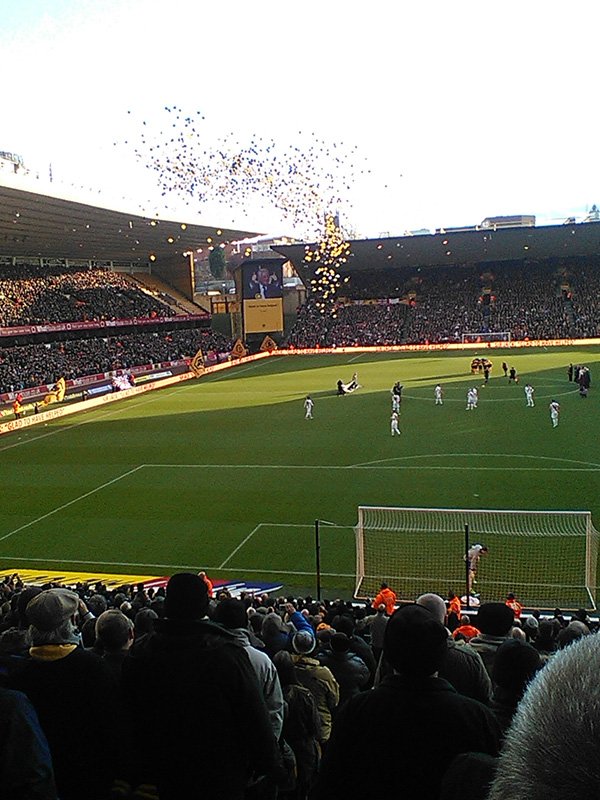 Groundsman: What have been your best memories so far?
Daniel: Bradford beating Sunderland in the FA Cup is the standout; it was fully-deserved and if you would have had no idea about football teams, you wouldn’t have guessed that they were the ‘lower ranked’ side, such was their dominance. The crowd was great too; loud and passionate, but it was also great to see such a mix of ages and races, reflecting the diversity in the city. For Volume 2, I’ve just been to Burnley and really enjoyed the trip as a whole. Great game, great pie and I even didn’t mind being rinsed of 20 pence to gain entry into a social club beforehand! 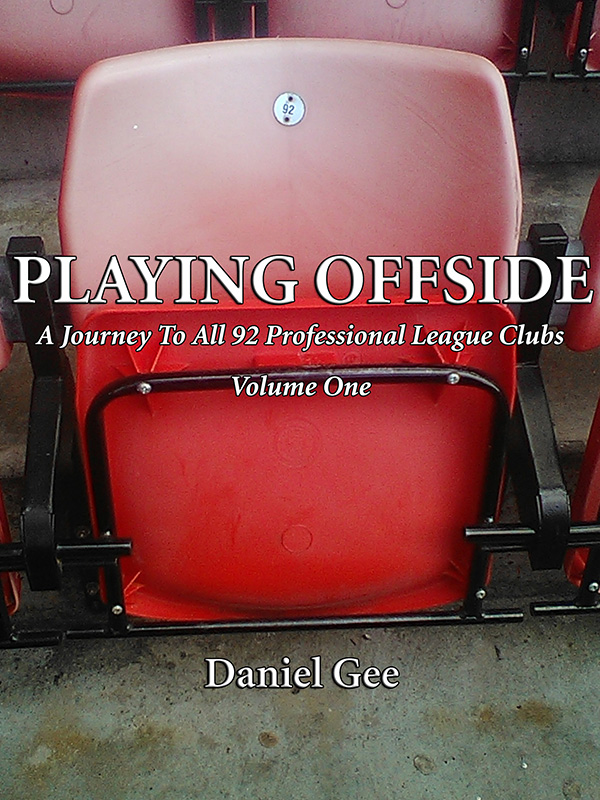 Groundsman: Which ground has been your favourite so far and why?
Daniel: For reasons that you’ll find out very soon, I was feeling horrible during one particular journey and unsure if I should be doing this at all. I arrived at Derby’s Pride Park (or iPro Stadium as it’s currently called) and despite it being surrounded by the corporate outlets, I love how they’ve at least attempted to weave some of the club’s history into the stadium, which I also noticed holds in an atmosphere very well. For similar reasons, I enjoyed Hull’s and Sunderland’s too, especially Sunderland’s with its plethora of burger vans that line the route to the Stadium of Light!

Groundsman: Which has been your worst so far and why?
Daniel: I don’t really have a worst ground – because I don’t drive, I have to use public transport to get to and from each ground, so it’s more the journeys that can cause problems (and to be fair, offer a more interesting tale). I had gone on an ill-advised Christmas night out the day before I had to catch the train to Derby for a 12.45 kick-off. The journey there was horrible; I was hungover and had missed my first train meaning that I was likely to be late. To make matters worse, I was sick on the next train after another ill advised episode, this being a ‘breakfast’ of a can of coke and a chicken pie. Remarkably, I only missed the first 2 minutes of the match and that was only because I had gone for a cup of tea before I took my seat! Although I really enjoyed going to Oakwell, home of Barnsley, I found the concourse to be really uncomfortable, as the cold December wind found its way in very easily. That’s the biggest complaint about I ground I have, really!

Groundsman: How far are you on your literary journey to do the 92?
Daniel: I did 16 last season, but plan to do around 20 or so each season now for the next 4 years. I was going to compile all the reviews of grounds into one singular volume, but with the fast-changing nature of the game, I don’t really think it’ll be an interesting read if the matches and situations that clubs find themselves in are half-a decade old. Similarly, there are books out there by authors who did it all in one season – but I think doing it over a longer period will be a great measure of where, let’s say Preston, were at the start of journey in 2014 to where they’ll be in 2019. I also realise that clubs will be dropping out of the 92 in the meantime but the point is to have me visit all 92 grounds that are in the leagues at that particular time. Thankfully, none of my teams have dropped out so far! 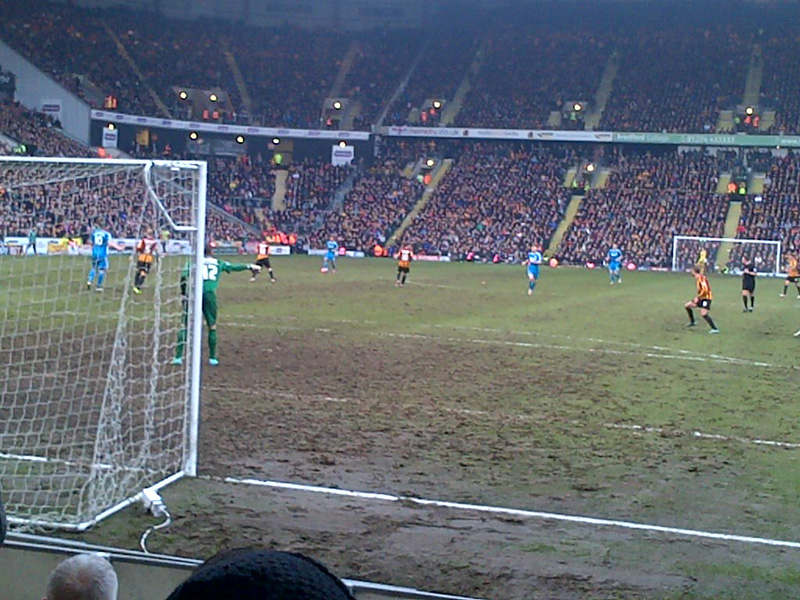 Bradford v Sunderland in the FA Cup at Valley Parade

Groundsman: When will volume 2 be hitting Amazon’s virtual shelves?
Daniel: It’ll be summer 2016, once the season is finished of course! I’m planning a much-wider spread of games this season, both in terms of geographical location and the club’s standing in the 92. I think it’ll offer a more interesting read, anyway. As long as I don’t be sick on a train again!

Volume 1 of Daniel’s travels, Playing Offside: A Journey To The Grounds Of All 92 Professional League Clubs, is now available on Kindle for just £1.99 – download your copy here http://www.amazon.co.uk/dp/B011NSQ8T4. Keep up with Daniel and his journey to do the 92 on Twitter @danieljgee, his blog for the book (https://playingoffside.wordpress.com/) and Facebook page.

If you’re on your own journey to do the 92 grounds we can help! Register with us to create your 92, plus rate and review the grounds as you go – and best of all it’s all free 🙂 http://www.the92.net/register. If you want to blog about your experiences doing the 92 we always welcome guest bloggers – why not drop us a tweet to @the92dotnet if you’re interested.