On the 12th November a delegation of fans led by the Football Supporters Federation delivered a letter to Premier League clubs calling for a cap of £20 on all away tickets. This in is line with the FSF’s Twenty’s Plenty Campaign which has been running since January 2013. We caught up with Director of communications at the FSF Michael Brunskill to find out more about the campaign, its progress and future plans.

Groundsman: Are you pleased with the progress the Twenty’s Plenty has been making?
Michael: Yes, since launching a couple of seasons ago Twenty’s Plenty has so far saved around 75,000 fans £750,000 while Coventry City have also committed to charging no away fan visiting the Ricoh more than £20. Doncaster Rovers, Barnsley and Bradford City have also made Twenty’s Plenty offers. Of course that doesn’t mean everything’s suddenly fixed but we’re proud that an FSF idea has saved fans money.

Groundsman: Have you found clubs are receptive to the idea?
Michael: Some have, some haven’t. Last season in the top-flight half of the clubs did a Twenty’s Plenty deal at some point and this season we’ve seen more in League One. That obviously leaves a bit of a gap in the Championship particularly where prices can be very high. 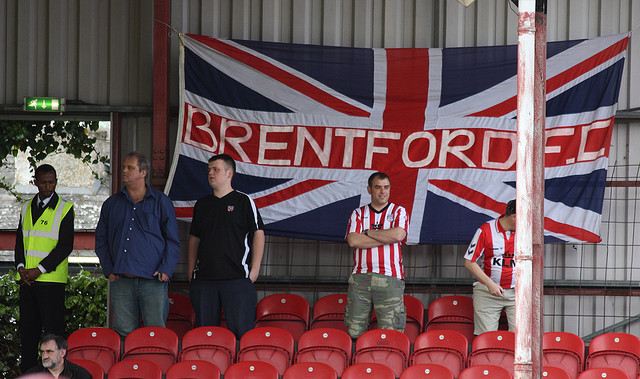 Groundsman: What would you say to people who say that protest like this won’t achieve anything as it won’t change the minds of the big wigs at the Premier League and its clubs?
Michael: The noises we hear from the Premier League are actually pretty positive in relation to away pricing, the challenge is persuading the clubs themselves. That’s why we need fans at every club to get involved and make it happen – otherwise CEOs can just look and say “well it’s only the FSF banging the drum, my fans are silent”. That mustn’t happen.

Groundsman: Do you think next years bumper television rights deal will help/hinder the campaign?
Michael: It should help. Since fans upped their game on price campaigns the clubs introduced the £12m Away Supporters Initiative (ASI), whereby every club spends £200,000 per season on away fans. The best deals cut prices or offer heavily subsidised travel. The increased TV deal means there’s a good chance clubs will budget for a larger ASI next time.

Groundsman: Has the FSF discussed the idea of boycott either in house or with supporters groups as a possible approach?
Michael: The odd fan group (see Liverpool at Hull City for example) have arranged boycotts and very successfully made their point. But there has to be a “perfect storm” really, so a nationwide boycott would be almost impossible to organise. For a start, the majority of match-goers have already paid for their season ticket and don’t want to burn that money. In addition many home fans don’t actually pay too high prices once you take ST discounts into account (although of course many do). It’s very much the nuclear option and we don’t think the majority of fans are anywhere near that point at the moment.

Groundsman: Does the campaign overlap or aim to overlap with the safe standing debate, in that these areas would allow more fans for standing thus meaning price could be lowered with the same revenue achieved?
Michael: Traditionally standing areas are of course cheaper, although the polling we did showed that most fans who back safe standing cite atmosphere as the prime reason for supporting it.

Groundsman: What are the future plans for the campaign for lower ticket prices?
Michael: We’ll be looking towards another weekend of action in February and would love to hear from any fans of Premier League or Football League clubs who’d like to get involved. Come to that, any fans of non-league clubs who feel it’s too pricy as well. Email tickets@fsf.org.uk.