Blogger and Yeovil Town fan Peter returned to the Kassam Stadium as the Glovers looked to build on an impressive comeback against Luton.

Being a Yeovil fan hasn’t been the most pleasant experience for the past couple of seasons. After successive relegations and pretty much an entire new squad, which haven’t really looked like starting to gel talk of the dreaded successive triple drop has started to rear its ever so ugly head. However after last weeks comeback from 2-0 down at Huish Park against Luton Town to win 3-2 it felt like the first seed of optimism could have been sown. 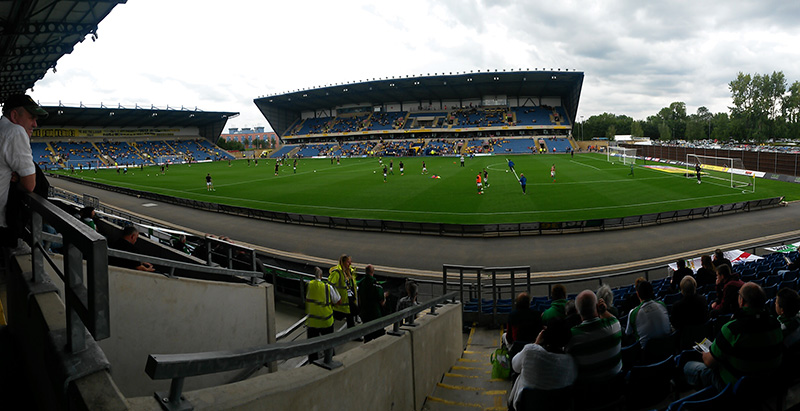 This was my second trip to the Kassam Stadium, the last time also being with Yeovil back in 2003 when it was the old Division 3. We didn’t turn up that afternoon and limped to a 1-0 defeat – an early goal from Steve Basham doing the damage – and in all honestly we didn’t look like scoring at all! The ground itself is what you would expect from modern stadia; all very smart, modern and neat with decent views and all the usual facilities. From memory not a lot had changed since my previous visit almost 12 years ago, but it does feel like the club has grown into its home with the East stand adorning various banners and flags of the Oxford Ultras who stood, sang and got behind their team from the off.

The Kassam is a far cry from its predecessor the Manor Ground. The Manor seemed to be plonked in the middle of a residential area being surrounded by peoples back gardens – like many old grounds. The layout of the stands resembled no clear pattern or structure with a real mix of contrast in size and style
that looked to have been tagged on here and there – in my book this gave it bags of character. This isn’t the case at the Kassam with 3 uniform stands sitting back from the pitch in close vicinity to a Holiday Inn, bowling alley, cinema, bar and a couple of restaurants (a home fan did advise a stop by the Ozone chippy but I didn’t get a chance to sample it myself). At the ground there are around 2000 free parking spaces, although if you get there early effort there are some marked on the road side in the lead up to the ground – between a 5 and 10 minute walk away – don’t park on the verges or double yellows as the local traffic enforcement is apparently pretty tight on matchdays. 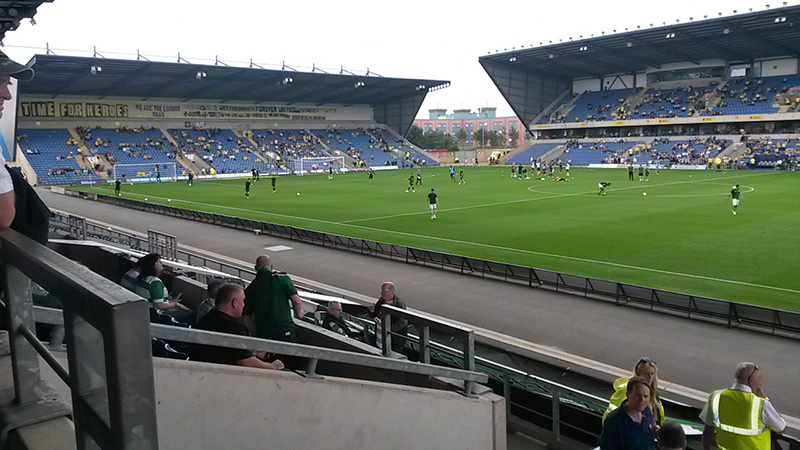 To the game itself and the home side started on the front foot showing some good passing and movement from a lively looking midfield harrying the away side giving them no time to settle and get into the game. It seemed like a matter of time until the deadlock was broken and after a let off for the visitors with Arthurworrey kneeing one away they duly took the lead. Possession was surrendered 25 yards out on the Yeovil right and worked to the right wing where O’Dowda broke past the full back, drew the keeper and chipped to the far post for Danny Hlyton to plant a free header past two defenders. Yeovil did manage to grow into the game as the half drew on however didn’t do anything with the ball they had other than a couple of overhit crosses.

This continued into the second half as Paul Sturrock shifted to a 4-4-2 – again Yeovil had plenty of ball but lacked any creativity or cutting edge going forward. Oxford never really broke a sweat in defence and always looked like they had more quality in the bank. They put the game to bed with 15 minutes to play – Danny Hlyton did all the work with an impressive run into the box to square for the impressive O’Dowda to tap in for the goal his overall performance deserved. Indeed the home side could have had more with Krysiak in the Glovers goal pulling out a wonder save and United striker Roofe smashing the bar from long range with a stonking effort.

Also worth a note was a rather amusing incident involving referee Kevin Johnson. Yeovil right back Connor Roberts launched into a rather robust aerial challenge with an Oxford player (i couldn’t see who). As the man in the middle rushed over he reached to his pocket and tried to fling a card in the air – in his haste the card went flying. He went back to his pocket to look for it – but as he was running it was now all of 10 yards behind him on the turf. Danny Hlyton assisted retrieving said card and brandishing it to the offending player. This wasn’t the last from the officials either as the linesman over the far side had a slip and fall shortly after, again drawing cheers from the crowd. 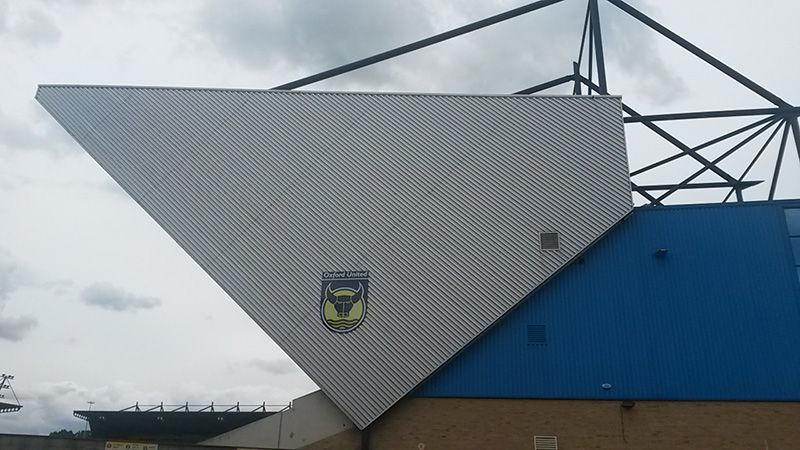 Overall it was a 2-0 trashing – the home side were pretty much in control for the whole match and could have and should have scored a couple more. It does look worrying for the Glovers who as with my previous visit didn’t look like scoring. Time will tell and in the post match fall out Paul Sturrock made a statement to fans asking for patience as the club try to mould a team from a new squad carrying a number of injuries to key signings. One thing I can be certain of though: home goalkeeper Sam Slocombe won’t have an easier afternoon in his career.

Atmosphere 3/5: Decent noise from the home fans in the East stand at stages. Disappointing from the away end, although there wasn’t much to shout about that shouldn’t be an excuse. For me the ground only having 3 sides really lets it down and affects the atmosphere – as does having the away fans and home fans that like to sing at opposite ends of the ground.

Location 3.5/5: Out of town, but very easy to find and with some good facilities next to it open for fans like the bar at the bowling alley.

Programme 3.5/5: Pretty standard stuff – with the number of new faces in the away side contained some useful facts!

Character 2/5: Sadly like many new builds the ground does lack character – especially compared to the mish-mash of the Manor Ground! A fourth side, even a terrace behind the goal would help.

Stewarding 5/5: Friendly and helpful, didn’t try and make the fans that wanted to stand sit down and didn’t take the lid from my bottle – the latter only a very minor point but the number of grounds where that happens it drives me mad!

Overall 3/5: A decent modern ground with all the facilities you’d expect.