Blogger and the92.net co-founder Peter Briers travelled to the Britannia Stadium for some midweek Capital One Cup action.

Having ticked the Britannia off my list previously, albeit some years ago i knew what to expect. The ground is slightly different from a lot of newer stadia with the corner on one side giving it a little more personality. A crowd of just over sixteen thousand is substantially less than the usual Premier League gate and this did have an effect on the ‘famous’ Britannia atmosphere, however a decent midweek following of around two thousand in the away end made plenty of noise throughout. The positioning of the stadium in the landscape means windy and blustery conditions are commonplace at Stoke, something Saints fans know all to well with Potters keeper Begovic scoring in the last encounter there! 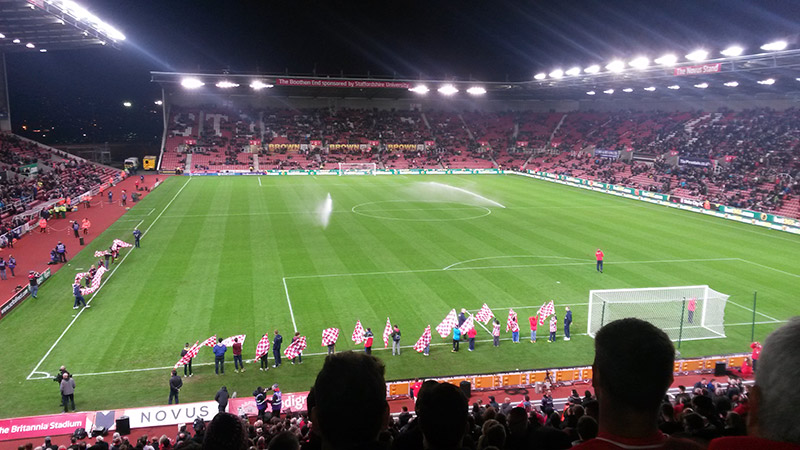 The visitors got off to a great start; on form striker Graziano Pellè turning and bending one in from all of 25 yards after 6 minutes. The lead was doubled on the half hour as after a flowing passing move the ball was squared for Shane Long to score his first for the club. Saints were in control for the majority of the first half despite Jon Walters rightly having a reply for the visitors rightly chalked off for offside.

The home side grew into the game in the second half though and got on the scoreboard shortly after the restart. From a quickly taken free kick on half way Nzonzi ran unchallenged and slotted home from the edge of the area. Stoke where indebted to their keeper for staying in the game, the Bosnian showing great alertness to be off his live to save from Long and Wanyama. These proved vital as after some sustained late pressure from a series of corners (6 or 7 in a row i think) Diouf headed in from a few yards to equalise. As extra time loomed the game turned back towards Southampton. Former Saint Peter Crouch picked up his second yellow card in 74 seconds for a lung on Steven Davis after only being on pitch 15 minutes. From the resulting free kick the ball hit Pieters and fell nicely for Pellè to sweep in from 6 yards to send the visitors into the quarter finals (see highlights below). 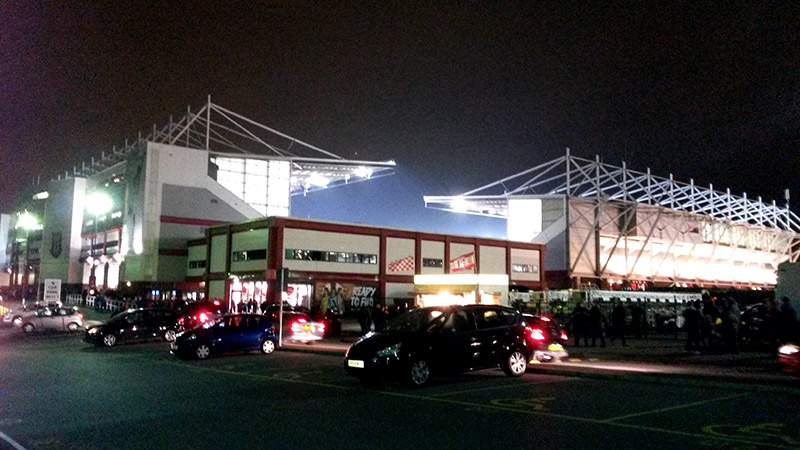 Atmosphere 3/5: As mentioned previously the crowd of over ten thousand less than for their Premier League game this weekend the famous Britannia atmosphere didn’t really make an appearance. When the home side clawed it back from two down as you can imagine there was some good noise but for the majority of the game the away fans where making the noise.

Location 4/5: Despite my sat nav taking me to ‘Stoke City Football Club’ which was somewhere in the town centre the ground was easy to find once i had the right address in there! It’s right next to the main road and despite parking in the stadium’s car park was a fiver for the convenience it was worth it. I managed to get out the car park quickly and get away fine which i wasn’t expecting. 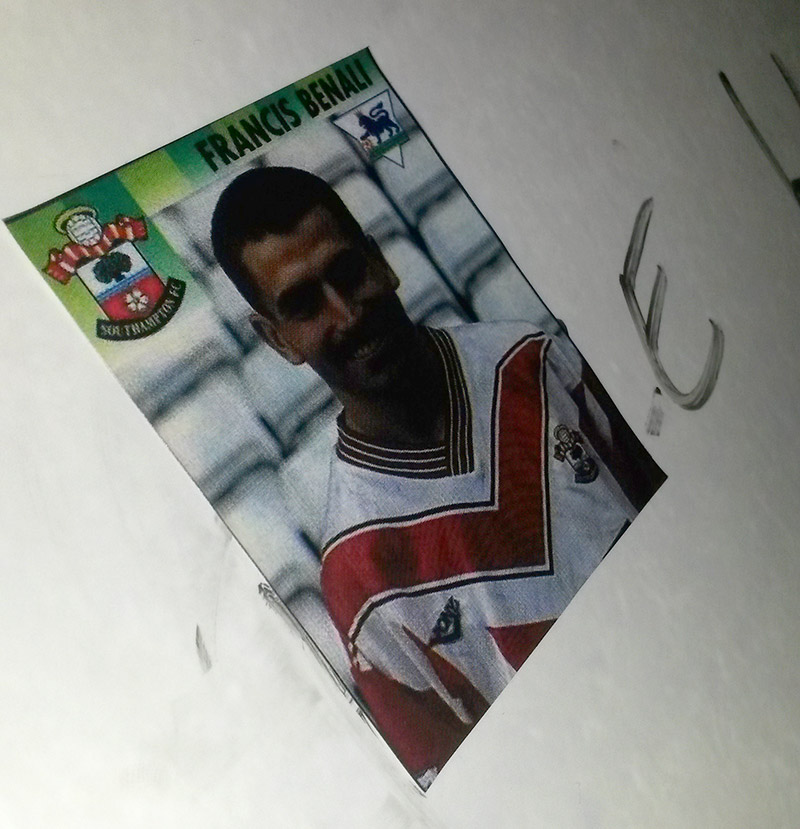 I seem to see Franny Benali everywhere i go, does anyone know how/why!?! Let us know!

Value for money 4/5: Ticket was £15 for a cup tie that had pretty much everything is up there in my book. Score would have been higher if the car park was a bit cheaper!

Programme n/a: Didn’t get one this time as wouldn’t have had time to have a read pre kick off.

Overall 3.5/5: A thoroughly entertaining evening in a decent ground. The atmosphere in the away end was great throughout and as the homeside grew into the game it improved from the home end too that added to the occasion.

Thanks to Peter for reporting back from the Britannia. You can follow Peter from the official the92.net Twitter account @the92dotnet and see his 92 here. Have you ticked Stoke off your 92? Rate and review your experiences here or if you’ve not been yet plan your visit here.