Following Highbury topping the poll of our most missed Premier League ground, Arsenal fan Henry Cooke gives his thoughts on the Gunners move from Highbury to the Emirates

It grates when I meet those who have met their soul-mate. I cast envious glances at other, more contented couples for I am destined to spend my days with my stunning but dead-eyed companion. Her tastes are refined, her curves are graceful, but I was happier with the girl next door. I was happier at Highbury. 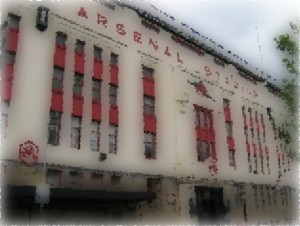 The Emirates Stadium never really stood a chance. As a child of N5, I would walk past Highbury on my way to nursery, school and beyond, for the best part of twenty years. From Monday to Friday, from nine to home-time, it exuded a silent, monolithic presence, it seeped into you. Come Saturday, with the windows open, you could trace Arsenal’s fortunes from the ambient noise. A sustained roar meant a goal for, but we lived in fear of the muted cheer, for that always meant we’d conceded.

I found myself a willing disciple of Arsenal’s indoctrination. Every facet of match-day would start to fascinate me. From the stalls to the police horses, from the away fans at the Drayton Arms, to the coach drivers flooding my street with fumes, dozing through winter matches with the engines left on.

Born to parents who didn’t care for football it was hard to justify spending money on tickets and harder to find someone to take me. The concept of going to a match had become as other worldly to me as The Hajj; over the years I had seen millions make the pilgrimage, but had never made the journey myself.

When I finally got the opportunity, in the winter of 91’ to see Arsenal play West Ham, I anticipated Roy of the Rovers scenes. Ian Wright would score a hat-trick, and throw his shirt into the crowd and I, held aloft by other fans, would catch it. In reality, Arsenal would lose 1-0 and a Hammers fan would scream ‘the bad word’ into my little face. He was forty. I was ten. Welcome to the big leagues kid.

The result, and the lingering threat of violence were insignificant; from the moment Highbury’s pitch was revealed to me, in step-sized increments, I was smitten. Twelve years later, the Emirates would be built at my front door, but I would never feel closer to Arsenal than in that single moment. 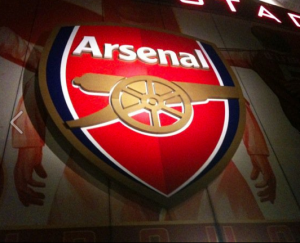 Highbury couldn’t have been more embedded in the community, cosseted as it was by houses on all sides. Its vulnerable flanks, guarded by the residents of Avenell and Gillespie roads, constantly warning “to get to him…first you’ve got to go through us.” Now a modern stadium stands alone. Fans no longer enter the community, they walk to a site that was taken from the community, forcibly purchased from local businesses.

The Emirates’ many seats may cushion the buttocks, but they absorb the soul. Its Bratwurst’s are unique, but so is interpretive dance and no-one truly enjoys that either. Fans from less forgiving stadia will have little time for the self-involved whining of a spoilt Arsenal fan; but new isn’t always better.

Nostalgia can be a corrupting influence, it is important to stay alive to the fact that change can be good, but for me and many others, a rejection of this stadium transplant is increasingly on the cards. The only medicine that makes us accept this new organ is success; we were promised that the move from Highbury, a necessary evil, would enable on-the-pitch rewards, but they haven’t been forthcoming.

A crowd accustomed to conquest now expects nothing less from their comfortable thrones; and the atmosphere suffers as a result. Highbury may once have been unfairly labeled ‘the library’, but its modern iteration is on the cusp of becoming The Kindle. Until the Emirates delivers something other than disappointment, until fresh history is created on its turf, I’ll still visit from time to time, but I’ll be thinking of someone else while I’m there.

You can keep up with Henry through his blog site ‘The Tomb of the Unknown Footballer’ www.totuf.com, a great site well worth a read, and by following him on twitter @TOTUFNostalgia