With work due to begin on the redevelopment of White Hart Lane in the summer of next year Spurs fans still don’t know where they will be travelling to follow their side. With talk of a Tottenham Chelsea Wembley groundshare across the tabloids we caught up with MF of Spurs news to get his thoughts.

Groundsman: What do you think of the idea of moving to Wembley while White Hart Lane is redeveloped?
MF: I’d rather not thanks. The rake of the seats is too shallow until you get into the Gods, it’s predominantly red, the beer is rubbish, it’s a long way from my house and it’s going to be half full at best for the majority of games. The atmosphere is non-existent there even when it’s full. Away fans will get plenty of tickets and all will want to come along for the novelty. I don’t fancy it. I’d take the Valley or the Boleyn above Wembley or MK but of course I don’t know what the realistic options are.

Groundsman: What are your thoughts on ground sharing with a rival?
MF:Chelsea? A rival? Have you seen where they are in the table? Or perhaps you mean the Jacksonville Jaguars? I wouldn’t like it long term but it’d be fun/different for a while.

Groundsman: Arsenal played their Champions League games at the then old Wembley for a couple of seasons and struggled – do you worry that your club could face similar struggles settling into new surroundings?
MF: It wasn’t the new surroundings so much as the fact that they were rubbish. I seem to remember Sergei Rebrov ripping them a new one with Kiev and we had a long enough look at the Ukrainian shot scuffer to know the level of quality needed to stop him.

Our unfamiliar surroundings will be become familiar soon enough, the trouble is most other teams and players will raise their game due to the novelty of the venue. Perhaps we should inquire about Brisbane Rd’s availability, that should solve that problem. 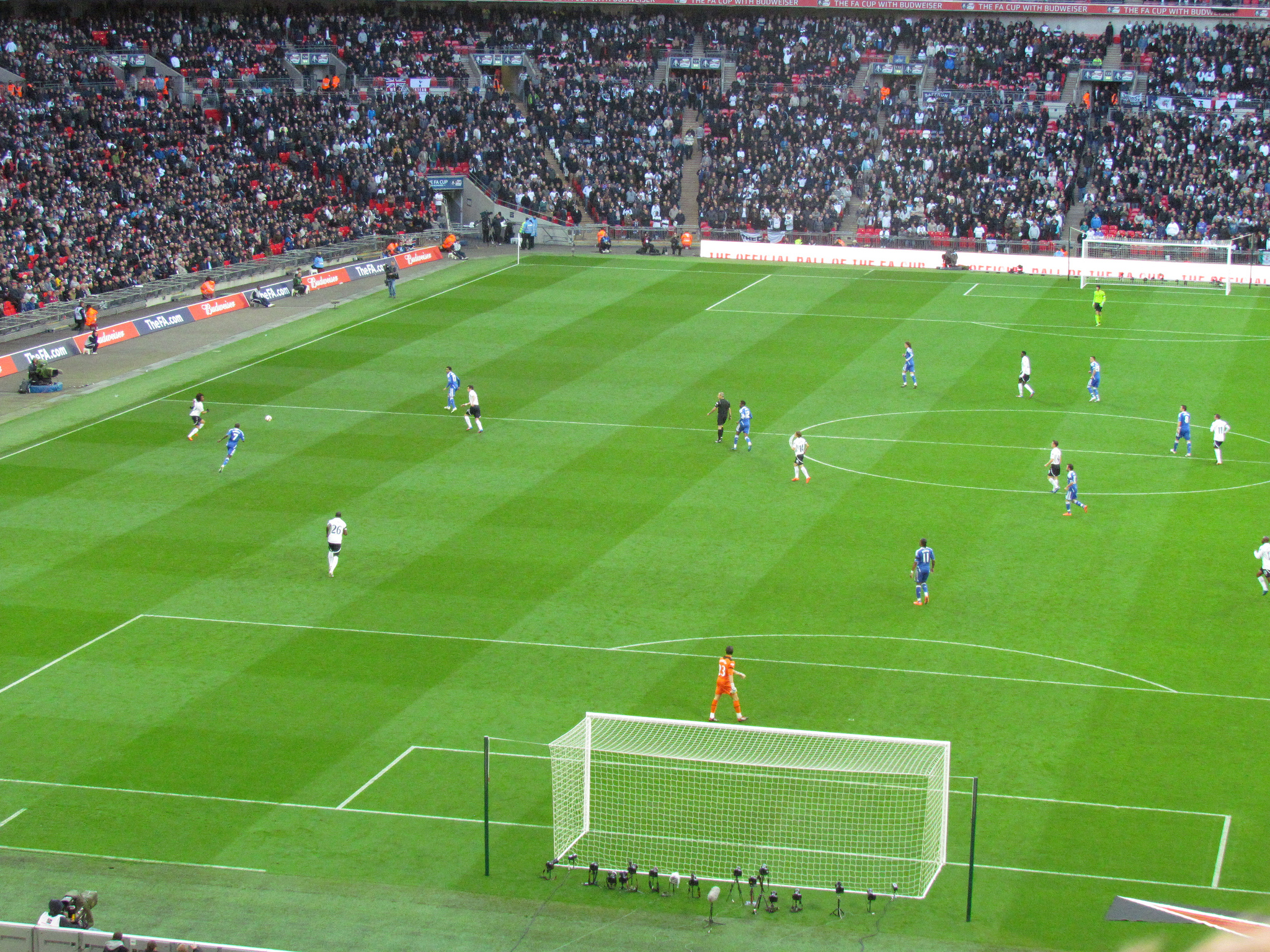 Could this become a regular view for Spurs fans? Credit Rory Flickr

Groundsman: What do you make of Spurs ground redevelopment plans?
MF:The ones that change all the time and never seem fully approved? Hmmm. If it ends up looking like the artist’s impression(s) it’ll look like a space ship has landed in N17 but I love the ‘kop’ end and the reworking of White Hart Lane station. The plans to accommodate an NFL team are a bit weird but if it helps pay for the whole thing then great, as how that’s going to be achieved is probably as big a question as any.

Groundsman: What will these mean for the future of your club?
MF: Crikey. I wish I knew. It’s a ‘game changer’ according to Levy; the only certainty though is that we’ll move even further towards being a business model instead of a football club.

Groundsman: Finally, how many of the 92 grounds have you ticked off and aside from your own teams ground which are your favourite?
MF: Somewhere around 75-80. I stopped counting when entry to the 92 (quite rightly) became a revolving door and clubs moving became commonplace. Too many grounds spoil the broth. I’ve always enjoyed my trips to the aforementioned Brisbane Road and Carrow Road as well.

If you’re new to www.the92.net you can register free and create your 92 to keep track plus rate and review the grounds as you go. Here’s the link you need www.the92.net/register