Blogger Tim Dove enters the final furlong of his 92 with a visit to Selhurst Park, the home of Crystal Palace.

Thoughts on the ground:
Located just a short walk from the Selhurst train station Selhurst Park feels like a traditional ground but has obviously seen recent redevelopment. The stands behind the goal are the most recently re-developed at the ground.

The two-tiered Holmesdale Road Stand at one end is where the noisiest home fans sit. This stand has a large lower tier, with a smaller upper tier that overhangs it. The stand looks impressive and has a large curved roof, as well as windshields on either side of the upper tier. The opposite end is the Whitehorse Lane Stand. This has a Sainsbury’s supermarket present outside the ground. This stand is all-seated and a double row of executive boxes has been constructed above it which gives it an unusual look. This stand has a roof and a large video screen completes the stand. 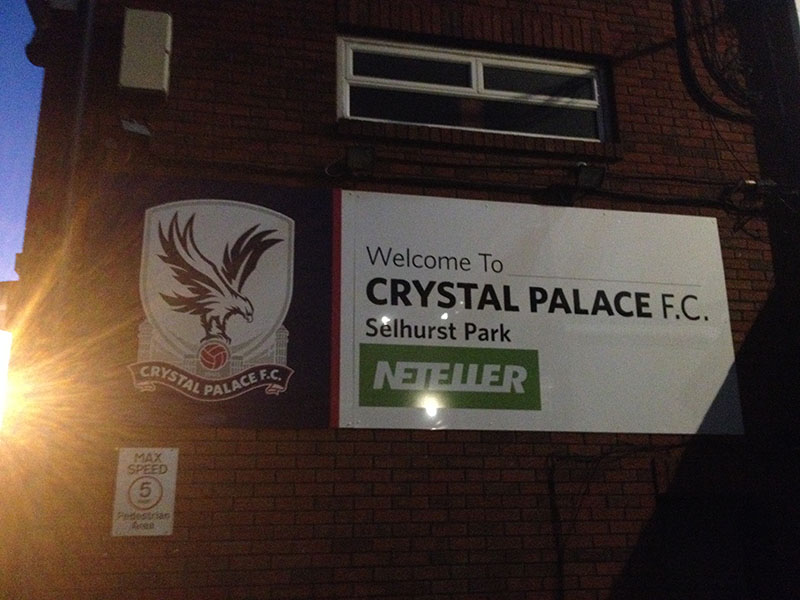 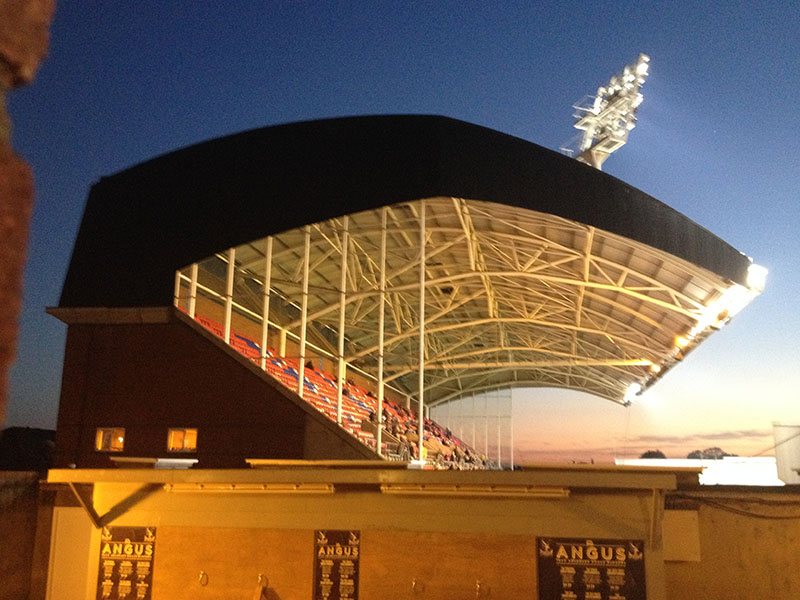 The stands which run the length of the pitch are both single tiered. One side is the large and covered Arthur Wait stand whilst opposite is the Main Stand. The Arthur Wait Stand has a TV gantry suspended beneath its roof and houses the away fans. The Main Stand dates back to when the ground opened in 1924, so for this reason it was where I chose to sit. There are a few supporting pillars but none of these restricted my view. The steps give a very satisfying hollow thud as you run up and down them too! There was a pleasant area for food and drinks in this stand which was much nicer than the normal offering of being stood in a queue underneath the stand with only a view of concrete.

Thoughts on the game:
A stooping header just eight minutes from the end of injury time from full-back Dummett settled this five-goal league cup match.

Palace took the lead with a Gayle penalty before a well taken goal and penalty shortly after half-time from Riviere gave Newcastle the advantage. This lead lasted until injury time before Palace substitute and debutant Kaikai poked in an equalizer. 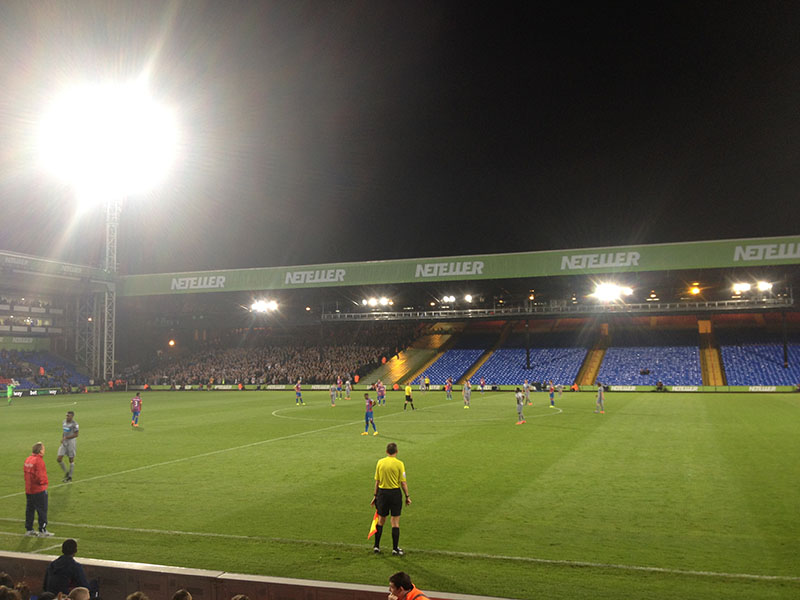 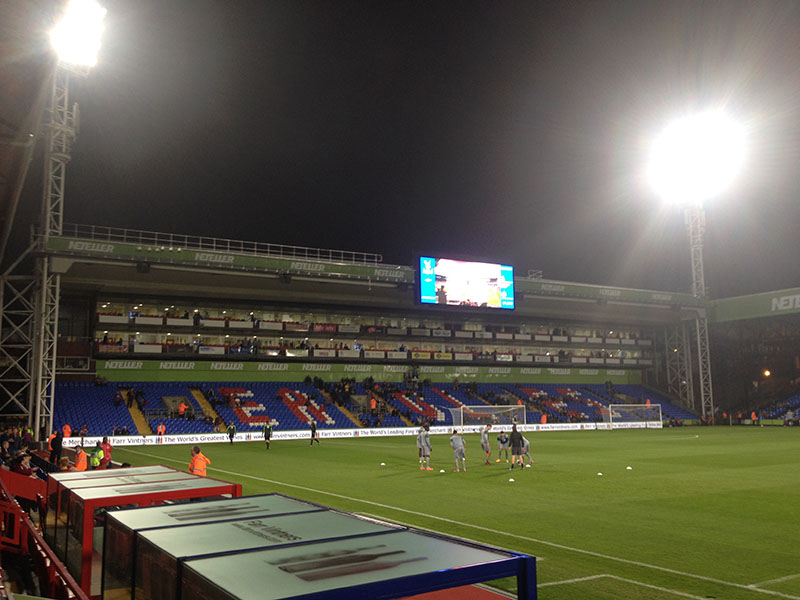 Newcastle then had Abeid sent off in the first half of extra-time before Dummett clinched a dramatic win.

Newcastle probably deserved a win in normal time against a Palace side looking disjointed with so many regular first-team players rested. However, Palace will probably feel it to be a harsh result given Gayle heading against the foot of the post before Kaikai’s late equaliser from close range. In extra-time Mariappa might have earned a penalty shoot-out only for Elliot to improvise a block from the defender’s point-blank header. Hangeland also saw his ‘goal’ harshly disallowed. 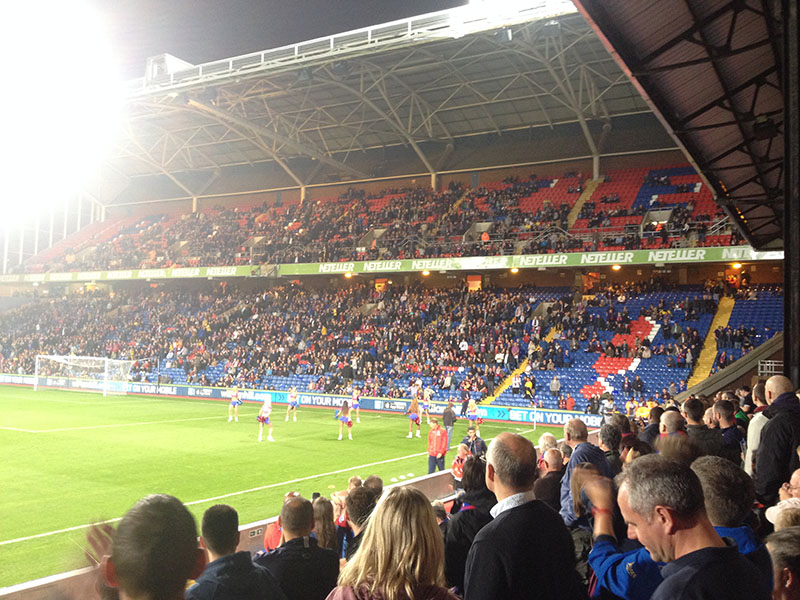 Atmosphere 3/5: Despite the ground being only half-full for an early round match in the league cup both sets of fans sang noisily throughout the game.

Location 4/5: Just a short walk from Selhurst train station and was easy to find.

Programme 3/5: Presumably a thinner than usual edition for the league cup there were the usual features and nothing remarkable about it.

Overall 4/5: An entertaining game with a good atmosphere despite the ground being half-full.

Thanks to Tim for sharing his experience of Selhurst, you can keep up him on Twitter @dovet1975. Have you ticked Selhurst Park off your 92? Tick the ground off your 92 here or if you’re thinking heading there doing the 92 plan your visit here.

Do you want to blog for the92.net? Drop us a tweet to @the92dotnet