Chelsea and Spurs are set to start major ground redevelopment projects on their current sites which will see the clubs seeking temporary homes. Both sides have reportedly expressed an interest in using the National Stadium leading to talk of the possibility of a groundshare. We caught up with David ‘Stamford Chidge’ Chidgey from the Chelsea FanCast to get a view from Stamford Bridge…

Groundsman: What do you think of the idea of moving to Wembley while your ground is redeveloped?
David: Well obviously we’ll have to move somewhere. It’s not ideal but I think most supporters are prepared to put up with the short-term pain for the long term gain. Ultimately it means our future at Stamford Bridge is secured which is what we all want. I think that for many Twickenham would have been the preferred option as many supporters would find it more convenient to get to. But although Wembley has many downsides (location; transport; lack of decent local pubs; soulless and lack of atmosphere) at least we know it well having been lucky enough to get to so many finals there in recent years. The song “Wembley’s our second home” now seems apposite! 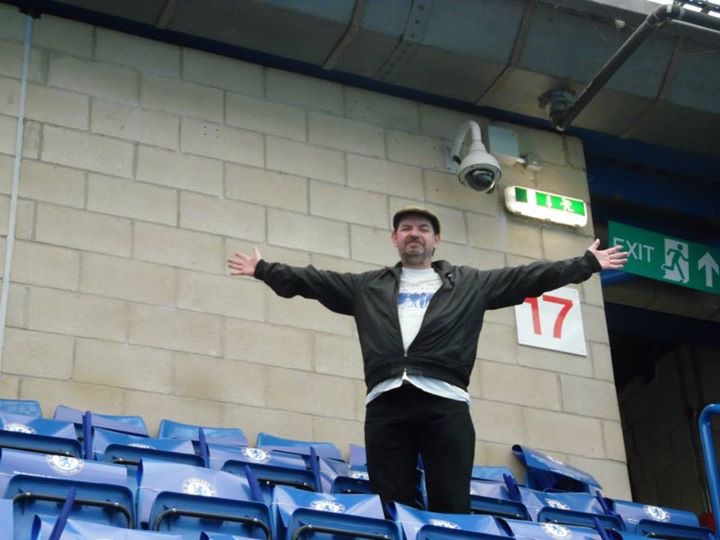 Could David be walking out at Wembley? Stadium MK? or even the Emirates?!

Groundsman: What are your thoughts on groundsharing with a rival?
David: Not keen really but on the other hand it’s not like we would be sharing our own ground. But the idea of sharing anything with Spurs is something that most Chelsea supporters wouldn’t and couldn’t contemplate. It seems that the Club thinks the same way too by offering Wembley a decent amount of money for 4 years. I’m surprised that Spurs seem to be keen to share with us considering the enmity and rivalry between the two clubs. Other than the emotional issues surely it would be impracticable for the two clubs to share the ground from a fixture congestion issue?

Groundsman: Arsenal played their Champions League games at the then old Wembley for a couple of seasons and struggled – do you worry that your club could face similar issues settling into new surroundings?
David: Absolutely! But we have to play somewhere so they’ll have to deal with it. After all they probably have more recent experience of playing at Wembley than any other club so they should be used to it. It’s possibly more of a concern that the opposition might raise their game. But the biggest issue for me is the affect it might have on the atmosphere. Wembley is notorious for its lack of atmosphere and the Club will need to work very hard with organisations like the Chelsea Supporters Trust to make sure the pricing of tickets is attractive so those who have been priced out of Stamford Bridge get a chance to go and that like-minded supporters who are most likely to generate an atmosphere are able to sit together.

Groundsman: What do you make of the Stamford Bridge redevelopment plans?
David: They look superb and when completed I believe we will have one of the most iconic and unique football grounds in the world, situated in one of the best parts of London (but then I’m biased!). 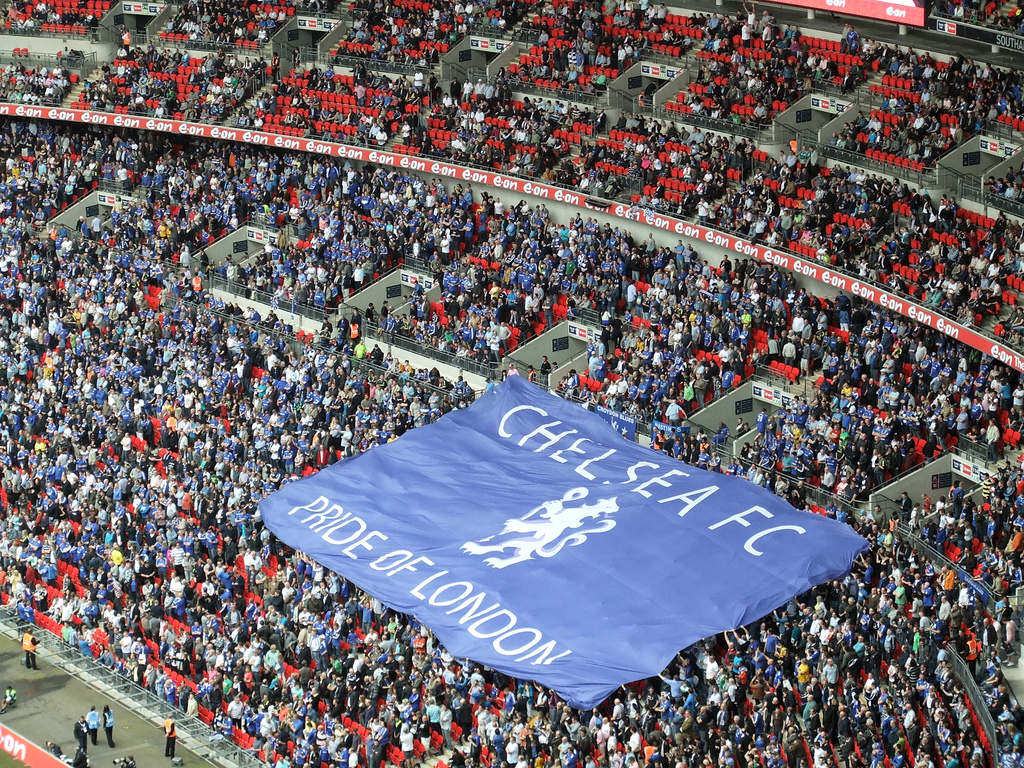 Could this become a regular sight at Wembley?(Credit: Peter Collins flickr)

Groundsman: What will these mean for the future of Chelsea Football Club?
David: Simply put it means that Chelsea FC will continue playing where they belong – Stamford Bridge, Chelsea. For so many supporters this was the most important thing and personally, supporting Chelsea is much more than what happens on the pitch. For me it’s always been the before and after in the pubs with good friends and the atmosphere around the stadium and Fulham and Kings Road on a match day. Not only will we keep that in perpetuity but we’ll have a cracking new iconic stadium with increased capacity.

Beyond that by completely rebuilding Stamford Bridge the Club has an opportunity to adopt many ideas the supporters have been calling for such as safe-standing (should it be allowed); sitting like-minded and vocal supporters together to improve the match day atmosphere; repositioning away supporters; having better pre and post-match places to drink; improving access to younger and local supporters and hopefully looking at the ticket pricing so that many supporters who have been priced out will have the chance to come to games.

Groundsman: Finally, how many of the 92 grounds have you ticked off and aside from your own teams ground which are your favourite?
David: Embarrassingly not half as many as I would have liked (22). Sadly time and money (and marriage!) somewhat curtail my away excursions which is a great shame as there is nothing better in football than a good away trip, especially to the lower league grounds.

And out of that lot Kingsmeadow has the best chips; it’s hard to beat beating Man Utd or Spurs in their own back yard; I love the atmosphere when we take over Craven Cottage in that funny old stand in the Putney end (and I can drink in pretty much the same pubs we drink in when at home); but my absolute favourite is Brentford’s Griffin Park. A pub selling decent beer on each corner of the ground – it’s in London and when we visited in the FA Cup a few years ago we had the whole end of the ground and could stand in old fashioned terraces. I had more fun than is legal that day!

Thanks to David for taking to time to share his views on a possible Tottenham Chelsea Wembley groundshare. David produces and presents the Chelsea FanCast which you can catch every Monday at 19.00 on mixlr.com/chelsea-fancast, ITunes and Soundcloud. You can also keep up with David on Twitter @StamfordChidge and the FanCast on Twitter @ChelseaFanCast, Facebook (www.facebook.com/ChelseaFanCast) and through their website chelseafancast.com.