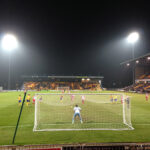 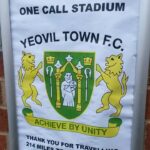 Blogger pb1uk completes a hat-trick of visits to the One Call Stadium, the home of Mansfield Town. Yeovil were the visitors as the Somerset side sought to continue their impressive run of form under new boss Darren Way. Ground: The One Call Stadium (Field Mill) 56/92 (revisiting) Game: Mansfield Town 0-1 Yeovil Town Date: 05/03/2016 Following Yeovil hasn’t been a pleasant experience in recent years. Since reaching the Championship in 2013 the club have been relegated in each of the last 2 seasons finishing bottom of the league. Being a Midlands exile I usually can only make a handful of… Read more »