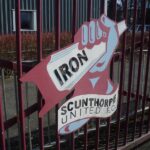 Gillingham fan Michael Pilcher made the long trip to Lincolnshire to Glanford Park, the home of Scunthorpe United. The Gills were looking to the stop of rot after 3 consecutive defeats had seen their promotion push stutter. Ground: Glanford Park 77/92 Game: Scunthorpe United 0 – 0 Gillingham Date: 05/03/2016 “I’ve been Southampton but I’ve never been to Scunthorpe”, as Tinie Tempah tells us on ‘Pass Out’. This particular line applied to me too, but was something I needed to put right if I ever wanted to complete the 92. With Gillingham travelling there this was as good a time… Read more » 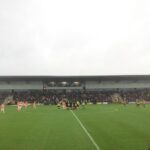 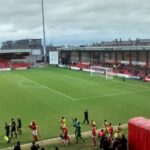 Blogger Michael Pilcher signs off 2015 with a trip by train to the home of the Railway men. Ground: Gresty Road (Alexandra Stadium) 76/92 Game: Crewe Alexandra 1-1 Fleetwood Town Date: 19/12/2015 Having married a Northerner, in the interests of fairness every other Christmas is a Northern Christmas, spent with the in-laws in Lancashire. Typically with the festive period being packed with fixtures it gives the benefit of offering ample opportunity for new grounds to be ticked off: this time two years ago I got five ticked in just over a week. Yet despite having 10 days up in Preston… Read more » 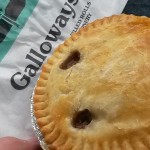 Blogger Peter Briers made the trip to pie country, Lancashire, to the home of Wigan Athletic. Struggling Swindon were the visitors as they looked to turn around their poor start to the season. Ground: the DW Stadium 53/92 Game: Wigan Athletic 1-0 Swindon Town Date: 31/10/2015 Wigan is a ground that has been near the top of my list to tick off doing the 92 grounds for a couple of years now, I just hadn’t got round to getting there. With it not being a problem to get a ticket there and a free Saturday afternoon now was my chance…. Read more »