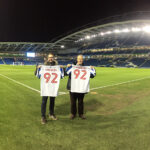 We all know that completing the 92 in vast the majority of cases is a culmination of years if not a life time’s commitment. Imagine then sharing that moment with your dad. That’s what happened for Stoke City fan James Knowles and his dad Thomas. Groundsman: Firstly congratulations to you both on completing the 92! Which was your final ground and how did you commemorate the occasion? James: Brighton & Hove Albion’s Amex Stadium. We were in the away end with friends of ours who support Sheffield Wednesday, but we left with a huge soft spot for the home side…. Read more » 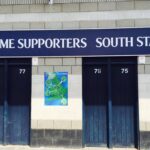 You may recall last year we spoke with the guys behind the fantastic Stadium Hoppers Map. Fast forward a season and we thought it was time for a catch up! Groundsman: How did you guys keep busy over the summer? Richard: Well whilst the season was done a good Stadium Hopper never stops! We had the opportunity to play at Kenilworth Road just after the season closed and managed to get to a couple of new grounds over the holidays too… However, our main focus has of course been planning the new Stadium Hoppers scratch football map for the new… Read more » 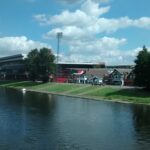